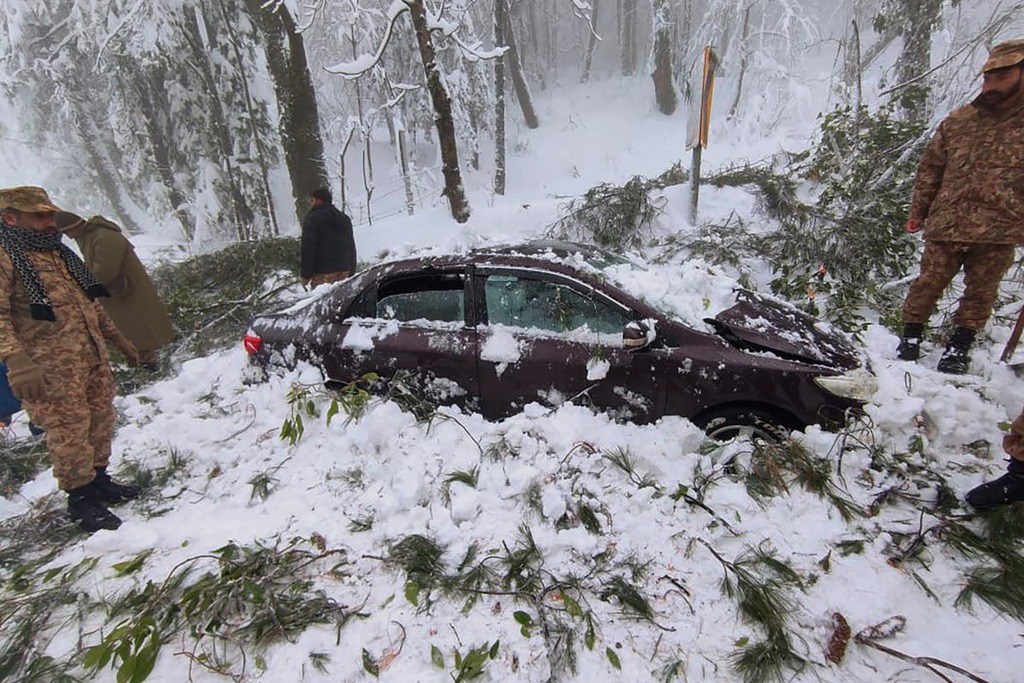 At least 22 people have died after becoming trapped in their vehicles amid heavy snowfall in Pakistan.

Ten men, ten children and two women were among the dead in the mountain resort town of Murree, officials said.

Police said at least six people froze to death in their cars as temperatures fell to –8C overnight. Many of the victims are said to have suffered from hypothermia.

Atiq Ahmed, an Islamabad police officer, said eight were from the family of fellow police officer Naveed Iqbal, who was also killed.

Around 1,000 vehicles became trapped during a blizzard and rescue workers have been evacuating stranded tourists from their cars.

More than 100,000 vehicles had entered Murree in recent days to see the unusually heavy snowfall, according to the BBC.

The town is a popular winter resort around 30 miles north of the capital Islamabad. Roads leading to the city are often blocked by snow in winter.

Interior Minister Sheikh Rashid Ahmed said more than 4 feet (1.2 meters) of snow fell in the area overnight and all incoming traffic was blocked on Saturday. The minister said paramilitary troops and a special military mountain unit had been called in to help.

The military has established relief camps at army-run schools providing shelter and food.

Most streets leading to the area's resorts have now largely cleared of snow but some work is still being done, Maqbool said.

Prime Minister Imran Khan expressed shock over the “tragic deaths” of the tourists.

“Have ordered inquiry and putting in place strong regulations to ensure prevention of such tragedies,” he Tweeted.