Cryptocurrency exchange Coinbase revealed that revenue had plummeted 61 per cent in the latest quarter as crypto prices fall and trading volumes slump.

The San Francisco-based company on Tuesday reported an after-tax loss of $1.1bn compared to the $1.6bn net profit it registered in the midst of the crypto boom a year ago. It said $446mn of the loss reflected an impairment charge on its crypto and venture investments.

Coinbase shares fell 4 per cent in after-market trading, having already lost nearly 11 per cent earlier in the day.

The collapse in bitcoin and other crypto prices sent the company into the red in the first quarter, leading it to lay off 18 per cent of its staff in June. With trading volume down another 30 per cent compared to the weak first quarter, it still suffered a $620mn operating loss before the impairment charge and its net cash position fell by another $400mn, to $2.8bn.

At $46bn, the volume of trading on behalf of retail customers was down more than two-thirds compared to the year before. Despite the setback, the company maintained that the downturn was part of a typical cycle in the crypto markets and said its analysis “suggests [retail] customers are not leaving the Coinbase platform”.

The company’s shares have been highly volatility in recent days, jumping more than 30 per cent last week on an alliance with BlackRock. They had already given up two-thirds of the gain ahead of Tuesday’s earnings announcement. 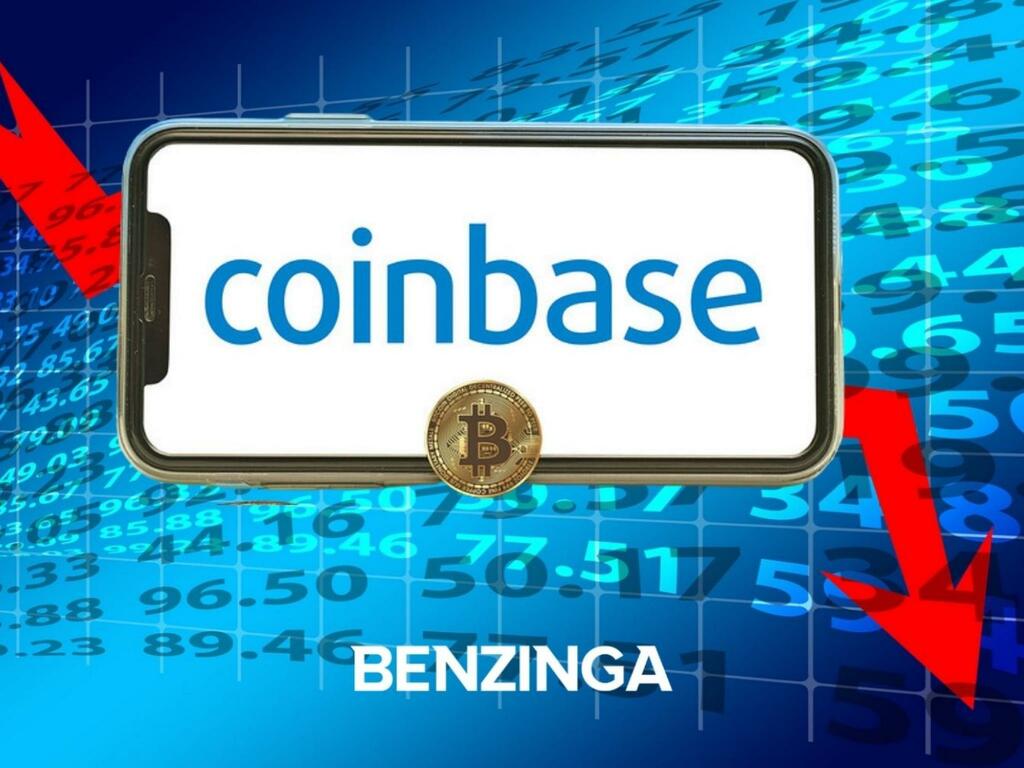 Benzinga
From analysis to the latest developments in health, read the most diverse news in one place.
2 Low-Rated Stocks to Avoid Until Further Notice

As analysts expect the market to remain under pressure in the upcoming months over lingering macroeconomic headwinds, it could be…

Stock market indexes traded lower in the first hour of Tuesday's session, with chips and big tech taking the brunt…

Investors Business Daily
4 Coinbase Analysts Have Mixed Feelings On Q2 Earnings: Are There Glimmers Of Hope?

Coinbase Global, Inc (NASDAQ: COIN) is set to print its fiscal second-quarter financial results after the market closes on Tuesday.…

Benzinga
One place to find news on any topic, from hundreds of sites.
How Coinbase Stock Looks As Bitcoin, Ethereum Surge Higher

On Sunday evening, Benzinga asked its followers on Twitter what stock they’re zeroed in on this week. From the replies,…