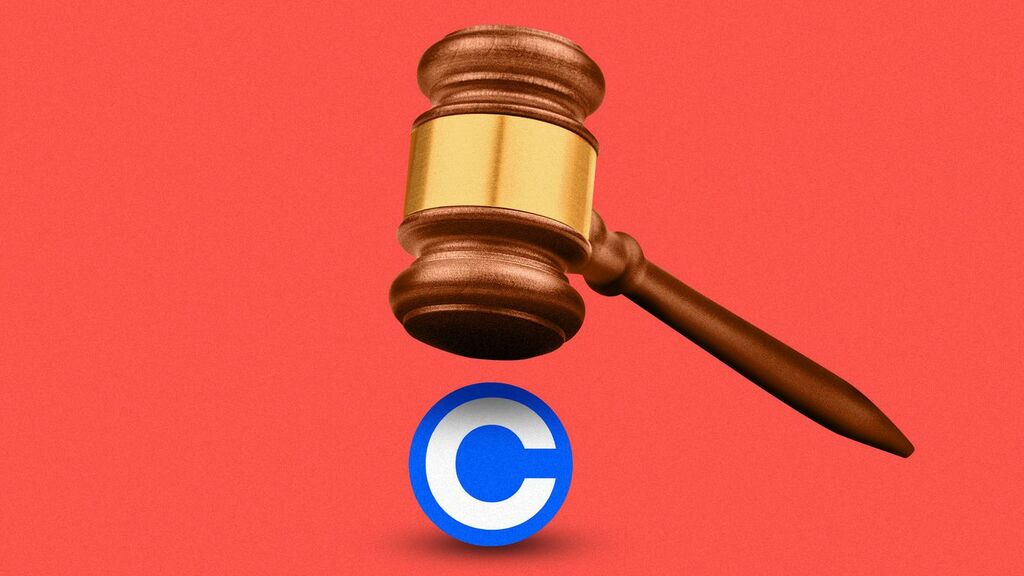 Coinbase has bank envy. It wants to offer a dollar-denominated savings account — but those plans have been predictably halted by the SEC.

Driving the news: Coinbase seems genuinely surprised and upset about this. While their product looks like a heavily-regulated bank savings account, the SEC merely wants to regulate it as a security. But Coinbase doesn't even want that level of regulation.

Why it matters: Coinbase, the first major crypto company to get SEC approval to go public on a US stock exchange, is about as regulator-friendly as crypto companies get — it has positioned itself as being far more in compliance with U.S. regulatory strictures than overseas rivals like Binance or FTX. This week's news shows that the industry still has a long way to go before it truly comes to terms with the U.S. regulatory environment.

How it works: Coinbase explicitly framed its product in a June blog post as an alternative to bank savings accounts. (The phrase "savings account" appears five times in the first three paragraphs.) The company also said that the account was "guaranteed by Coinbase, giving you peace of mind while you earn interest".

What they're saying: "If the SEC wants to publish guidance, we are also happy to follow that," writes CEO Brian Armstrong.

Context: The Coinbase account was denominated in USDC, the cryptographic stablecoin developed by Coinbase and Circle that's pegged 1-to-1 to the dollar. The "yield" product was an attempt to generate more demand for USDC, and to further ratify USDC in the mind of the public as a safe alternative to actual dollars.

The bottom line: Coinbase's comparative advantage was supposed to be that it stands comfortably in America's regulatory good graces. But now Armstrong seems to be jealous of other crypto companies that offer similar products without SEC approval, and is picking fights with regulators.