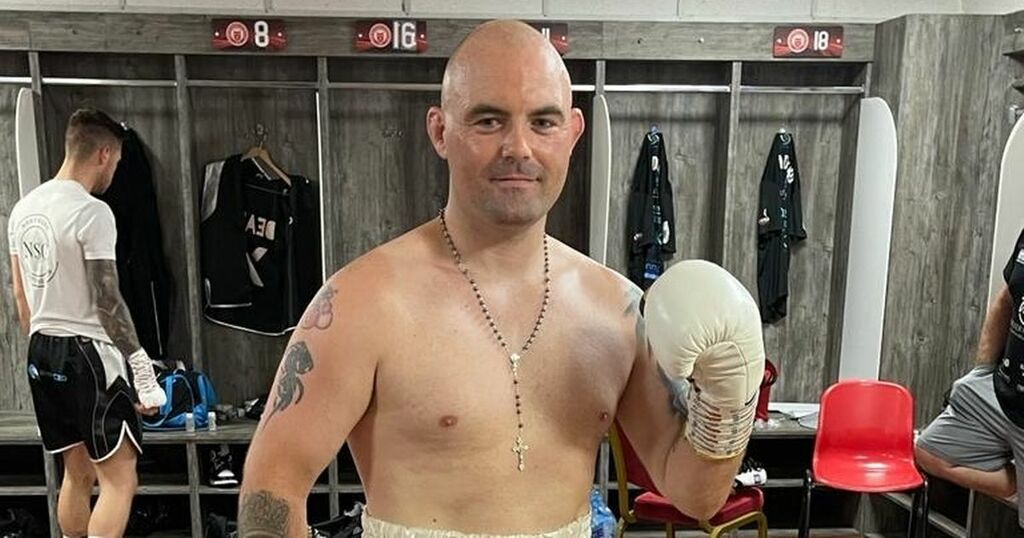 Coatbridge boxer Ben McGivern says he’s not just there to make up the numbers and is looking for a title fight in the near future.

At 33, McGivern knows time isn’t on his side, but says anybody who goes toe-to-toe with him will get the fight of their life as he bids to make a name for himself in the ring.

McGivern makes that next step on Saturday when he takes part in Pugilism at the Plaza 3 at the Crowne Plaza in Glasgow, though he has been dealt a blow as billed opponent Harry Matthew won’t receive his licence in time for the bout.

Promoter Sam Kynoch is organising a replacement, and McGivern says whoever it is will be in for a test.

He said: “Harry Matthew had a spell where he went quiet, so we have to get another opponent, and Sam is in the middle of doing that just now.

“I asked Sam to keep me busy, and to be fair he’s kept to his word and has got me three fights this year.

“This is why I’m in the game; I’m not just here to take part or in it to make numbers up, I’m here to win titles and give everything I’ve got.

“I’m training hard, and for every camp I’m going into, I’m training as if it is a title fight.

“I want to get better and better in each fight and I want to show people that I’m not just here to make numbers up.

“Any fight that comes my way, anybody that wants to fight me, no matter the name, they’re not just going to go in there and walk over me.

“I will give them the hardest fight of their life, and I know in my own heart and my own ability that I will win.”

“Obviously my age is a bit of a factor, and I’ve not got that much left, but what I have got left I will be getting pushed and we’ll see how far I can go.

“I’m looking to get the best fights for me and my team that I can get.

“I’m hoping to make a statement against whoever I face on Saturday, move on to the next one, and hopefully by the start of next year we’ve got some big news for a title.”