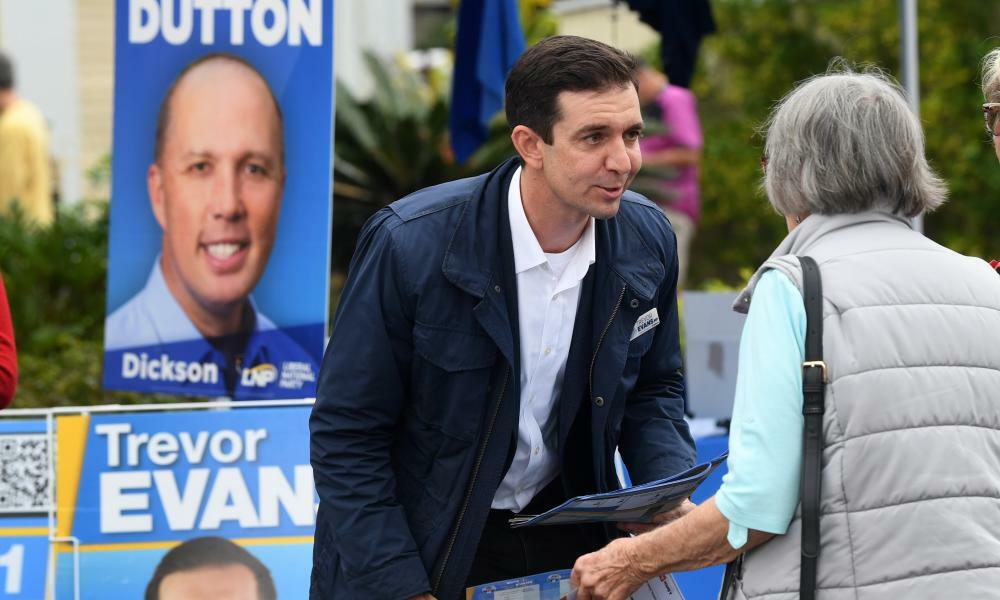 The Guardian - AU
Ultra-marginal Chisholm hopes for a milder ride, but scrabble for votes still intense

Liberal Gladys Liu won the Melbourne eastern suburbs seat in a hugely contentious 2019 poll, and needs every vote she…

Sitting LNP member Julian Simmonds is facing a genuine three-horse race in the traditionally blue-ribbon Liberal seat, with both Labor…

Scott Morrison’s name may be a negative in the marginal seats of the inner west, but that doesn’t necessarily translate…

Leo Williams sits on his esky having a smoke by the side of the road. His gumboots are covered in mud that has spattered up on to his hands and face and is starting to cake.

His boss, Noel Elliott, slinks down next to him up against an empty weatherboard building near the centre of Gladstone in central Queensland, where they’re doing some work on the drain.

It’s the Labour Day public holiday in Queensland. The crew have been here since the early morning, trying to get their job done while there’s no traffic in the city centre.

“Blokes working on Labour Day, that says a bit doesn’t it!” says Williams, to explain why he’s a lifelong Labor voter.

Elliott says he has been a swinging voter in recent years but will support the Liberal National party this time.

“We’re on different teams,” he says of the group of workmates.

“Everybody’s down on Morrison at the moment but it hasn’t been really a fair time for him because of the Covid and that sort of stuff.”

The third member of their crew, Brian O’Shea, rips crumbs from his sandwich and tosses them to a peewee on the footpath. He reckons the bird would do a better job than either Scott Morrison or Anthony Albanese.

‘The biggest fear is people are going to lose their jobs’

As the Gladstone Labour Day march moves past the vacant office of the retiring Liberal National MP Ken O’Dowd, one of the CFMEU members raises a middle finger and screws his face up in defiance.

Gladstone is the largest population centre in the electorate, and home to about a third of its enrolled voters.

This part of the seat is blue-collar Labor heartland, but these are also some of the folks whose shift away from Labor – amid a fraught debate about coal and climate change – became a defining story of the 2019 election. At Gladstone’s largest booth, the two-party swing to the LNP was more than 10%.

Paul Higgins, a manufacturing worker, says he thinks the energy transition is “an inevitable thing”.

“I think the biggest fear is that people are going to lose jobs straight away,” he says.

His mate, fellow Manufacturing Workers’ Union member Adam Hamilton says: “I’m a little bit more sceptical. I think there’s still a place for coal and there needs to be a balance in the transition.

“Sometimes I think we try to rush this, the new clean energy and all of that sort of stuff instead of slowly transitioning.”

Flynn was one of the country’s most marginal seats before the 2019 election, but is now held by the LNP by about 8%.

The state member for Callide, Colin Boyce, is running for the LNP in place of O’Dowd. Labor has chosen the popular Gladstone mayor, Matt Burnett.

One Nation polled almost 20% of the primary vote in 2019, but Pauline Hanson’s party has previously endorsed Boyce and declined to campaign against him. The LNP candidate has been a vocal supporter of the coal industry and said during the campaign that the Coalition’s net-zero commitment was a flexible, non-binding plan that leaves plenty of “wiggle room”.

Burnett tells the May Day rally he supports the coal industry, but that the LNP wants to “fight this on coal [alone]”.

“We want to fight this on everything.

“Even if you can’t put us first,” he told the crowd of unionists, “you’ve got to put us above the LNP, because we’ve got to get rid of Morrison.”

Emma Smith, a teacher from Boyne Island near Gladstone, says she is voting for the Greens and that real-world concerns of regional communities – such as inequality, healthcare, housing and education – have become obscured by phoney city v regions debates.

“I get it, sometimes we feel like a poor cousin to Brisbane. But I get a bit annoyed that politicians often like to say we don’t care about the same things as city people. Of course we do,” Smith says.

“We’d just like a plan. We’d like [politicians] to be upfront, acknowledge that changes are going to come, and say ‘Here’s what we think about how we’re going to tackle them’, rather than just saying that coalmines are going to be open forever.”

‘Had enough of both major parties’

The seat of Flynn covers 132,824km of central Queensland – in country that takes in broad-acre farms, coal-seam gas drilling and unionised towns at the southern end of the Queensland coalfields.

About an hour’s drive to the west of Gladstone, Cassandra Sorensen and Tamara Francis are having breakfast at a cafe in Biloela town centre. Cass says they don’t have too long to talk, she’s about to drive to Rockhampton “to hear Craig Kelly speak”.

I don’t think major parties are going to get what we need until they lose multiple seats.

“This is one of the most important elections I can remember, and I think the United Australia party are aligning with my values,” Sorensen says. “My whole family are union delegates, Labor voters, and there’s no way in hell I’ll vote for them again.

“There’s a lot of National party stalwarts around here who say there’s no way they’ll get their vote this time, too.”

Francis says she’s always been a Liberal and National voter, but she’s “had enough of both the major parties”.

Next door, barber Steve Bates has a chat about his signed picture of Melbourne gangster Mark “Chopper” Read. He’s also likely to vote for one of the minor parties.

“The [major parties] keep saying they’re going to do everything for us, but they won’t, they don’t.”

Albanese or Morrison? “I don’t like either of them to be honest. I don’t think major parties are going to get what we need until they lose multiple seats. It’s been the same for too long now.”

Biloela is an agricultural hub and home to the Callide coal-fired power station. The town might be better known to outsiders as the conservative community that embraced – and fought for – the Murugappan family of Tamil asylum seekers. Sorensen says many UAP and other minor party voters also support the family.

Angela Fredericks, a local psychologist who has helped lead the campaign to bring them home, says the issue has brought many of the town’s National voters to reconsider. Labor’s promise to bring them home could have an impact.

“I was a long-time LNP supporter, family background LNP, and last election was the first election I voted Labor, purely on this issue,” she says.

“I know multiple other people who, since the last election, will change their voting preferences, too.”

‘I would hate to see a change in government’

Even the back roads, like the one from Banana to Baralaba, are plastered with election signs. The billboards attempt to sell farming equipment, roadside motels and political candidates to weary travellers.

Barry Tucker drives his prehistoric tractor down the main road through Baralaba, population 317, to a mechanic’s workshop on Stopford Street.

Tucker has lived here for 60 years. He worked in a coalmine straight out of high school. He says many locals are opposed to plans for a new coalmine nearby, and they’re growing frustrated at the impacts of coal dust from the existing one.

“I was pretty strong for Labor, but since I’ve retired I’ve got different views on things,” says Tucker.

“I don’t reckon Labor is for the worker any more. From what I can gather with Albanese, he’s nowhere near it.

“And Morrison … have you seen that ad on TV, the one ‘That’s not my job?’ Well he’s got the dollars mate, so whose job is it?”

Another few hours along the Capricorn Highway, in the town centre at Emerald, Jeanette Bunting and Nancy Daniels are opening their post boxes and having a chuckle at the Liberal National party’s flyers. Both will vote for the LNP.

“For my money I would hate to see a change in government,” Bunting says.

“You need to have a great amount of expertise to do the work that needs to be done at the moment. I think the worst thing that could happen would be a hung parliament.”

“I am a conservative … and I feel the [LNP] has moved more towards the left with net zero, they’ve lost me. They’re not truly representing their electorates,” she says.

“People are getting annoyed with that usual election cycle, politicians come out of the woodwork and … we’ve heard it all before. They’ll say we’re going to fix the hospital. Well, we keep hearing that every time.”

The Guardian - AU
Ultra-marginal Chisholm hopes for a milder ride, but scrabble for votes still intense

Liberal Gladys Liu won the Melbourne eastern suburbs seat in a hugely contentious 2019 poll, and needs every vote she…

Sitting LNP member Julian Simmonds is facing a genuine three-horse race in the traditionally blue-ribbon Liberal seat, with both Labor…

Scott Morrison’s name may be a negative in the marginal seats of the inner west, but that doesn’t necessarily translate…