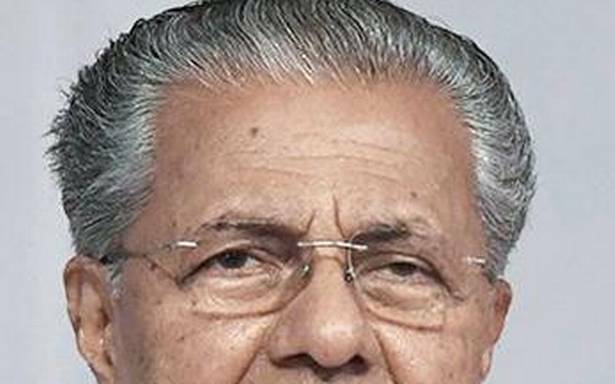 Kerala will do more RT-PCR tests across the State and limit antigen tests to necessary situations of testing inside hospitals, Chief Minister, Pinarayi Vijayan, said here on Friday. His statement came in light of the fact that close to 80% of the State’s population, older than 18 years has received the first dose of COVID-19 vaccine.

Last week, it had been decided that widespread use of RT-PCR tests alone would be done in districts which have achieved 80% coverage with first dose.

Mr. Vijayan said that 78% of the population above 18 years had been covered with the first dose of vaccine, while 30% had been fully vaccinated.

Among those above 45 years in the State, 93% had received at least one vaccine dose while 50% had been fully vaccinated.

The District Collectors have been asked to complete the vaccination of all migrant workers in districts as fast as possible.

Mr. Vijayan said that priority would be given to completing the vaccination of students as many neighbouring States are insisting on full vaccination for students seeking admission in educational institutions there.

Mr. Vijayan said that though the second wave of COVID-19 had posed unprecedented challenges before the State, the worst of the situation seems to have been managed well by the State.

The surge in cases post Onam has begin to stabilise and in the week from September 3-9, only 13% of the total active cases needed to be hospitalised.

Of the total patients, only 2% needed to be given supplementary oxygen and just 1% needed ICU care.

Mr. Vijayan said that the test positivity rate was high because the State was doing active case finding. Despite the number of infections found, the conversion rate or the proportion of those in whom symptoms aggravated to serious disease requiring hospitalisation, has been steady and this is attributed to the effect of vaccination

The Chief Minister, encouraged all to get vaccinated as soon as possible because vaccination globally was preventing serious disease requiring hospitalisation and deaths. This, despite the fact that vaccines had been found to be less efficacious against the Delta virus currently in circulation.

Remarking that 95% of those who were dying in the State were unvaccinated persons, Mr. Vijayan pointed out that even the few deaths of vaccinated individuals were among those who had two or more co-morbidities.

He said that diabetes and hypertension were the main reasons for the death of many infected persons, who presented themselves late in hospitals, after the complications had set in.

“All young persons testing positive and remaining in home isolation should check their blood sugar to ensure that they do not have diabetes,” he added.