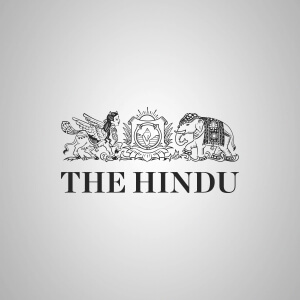 Presenting the ‘report card’ of his government, Chief Minister M.K. Stalin on Thursday said he had cleared 2,619 of the 2,683 files that came to him since he assumed office in May last year.

Except for 64 of the 420 files he received in December last, which were in various stages of discussion, the rest were cleared, he said.

In a recorded video released by the State government, Mr. Stalin said, “The speedy clearance of files is indicative of an efficient government.” He has also advised his Cabinet colleagues to clear files expeditiously, and has been monitoring the same. “I have been leading a government under which files do not stagnate. I am not a Chief Minister who sits at the Secretariat and keeps issuing orders. I am among those who have realised their thoughts and implemented them as Chief Minister,” he said.

The DMK government will not only implement the schemes it had promised in its election manifesto, but also go beyond them, he said, adding that 49 government orders had been issued, as against 66 announcements made in the Governor’s address to the House.

During the past eight months, 1,641 announcements were made, including those in the Governor’s address, the Budget, the Agriculture Budget and suo motu statements in the Assembly. Of them, government orders had been issued for 1,238 announcements, accounting for over 75%, Mr. Stalin said.

Assuring the people that the status of the remaining announcements will be made known in his next speech, Mr. Stalin said, “One thing is certain. I will implement all the promises I have made. There is no need for anyone to doubt it.”

Recalling his visits to places across the State, he said he had visited a COVID-19 ward, water-logged streets, vaccination camps, ration shops and police stations, among others.

He said his government had cleared within 100 days over 2.5 lakh petitions he had received during his electoral campaign. Over 2.15 crore families had received COVID-19 relief assistance of ₹4,000 each, he said.

While 2.15 crore families had received the dry rations distributed by the government as part of the COVID-19 relief kit, 50 lakh people had benefited from the Makkalai Thedi Maruthuvam scheme, he noted.

Under the Illam Thedi Kalvi scheme, 80,138 centres were set up, and 1,73,792 lakh children who dropped out of school were identified and re-enrolled, he said. The Dearness Allowance for over 18.30 lakh State government employees, teachers and pensioners was increased, and gold loans were waived, benefiting 13.50 lakh families, the Chief Minister said.

Loans to the tune of ₹2,000 crore, obtained by women’s self-help groups, had been waived, and 4,482 individuals had benefited from the Innuyir Kaapom scheme. Pongal gift hampers were being distributed to 2.15 crore families, he said. “Above all, we have provided to several crores of women the right to travel in buses without having to pay a fare, which would benefit them every day,” Mr. Stalin said.