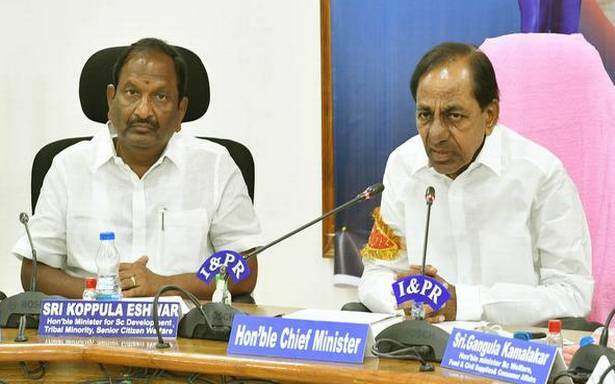 A week ahead of all major irrigation projects, canal systems, barrages and hydro-electric generating stations scheduled to go under the management of Krishna and Godavari River Boards, Chief Minister K. Chandrasekhar Rao assured the Assembly on Friday that he would lead an all-party delegation to Delhi, if need be, to protect the State’s interests. He was responding to a plea made by floor leader of AIMIM Akbaruddin Owaisi on the possibility of all projects going into the control of the river boards in tune with the a gazette notification issued by the Ministry of Jal Shakti from October 14, as part of clarifications on short discussion on welfare schemes.

Mr. Owaisi said the management of projects going into the hands of river boards would harm the interests of the State in the matter of water utilisation in which Telangana was meted out with grave injustice for long, particularly in the combined Andhra Pradesh dispensation. He suggested the government to lead an all-party delegation to Delhi for meeting the Prime Minister and Minister for Jal Shakti to retain the State’s control over the projects.

The Chief Minister said he had met the Prime Minister and Home Minister on the issue during his recent visit to Delhi and requested them to postpone the date of effect of project going under the control of the river boards. They had assured of a way out and in case if it was not happening he would have no hesitation to lead the all-party delegation to Delhi to protect the State’s interests, Mr. Rao said.