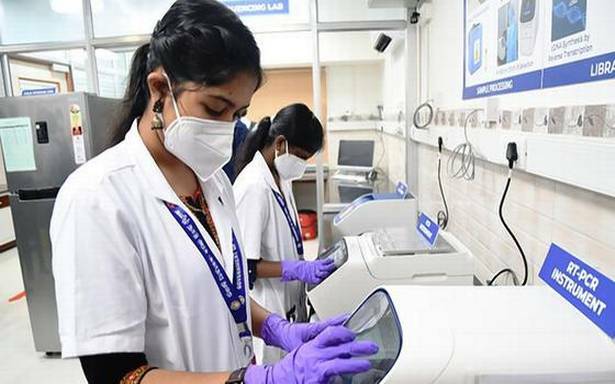 Chief Minister M.K. Stalin on Wednesday commissioned facilities for genetic analysis at the Directorate of Public Health and Preventive Medicine in the city.

The facility, established at an estimated ₹4 crore on the Directorate of Medical Services campus in Teynampet, follows an announcement Mr. Stalin made in the Assembly in August.

During the discussion on budget demands, the Health Department had stressed on the need for whole genome sequencing.

The Health Minister had pointed out that in the ongoing pandemic, the SARS CoV-2 virus had been mutating rapidly and the new strains increased the severity of the infection.

At present, samples are sent to genome sequencing laboratories established by the Union Health Ministry in Karnataka or Telangana. This delayed results of the analysis and treatment.

On the occasion, Mr. Stalin distributed orders to nine candidates who had been appointed as skilled assistant grade-II through the Medical Services Recruitment Board.

As many as 82 persons, who had been given jobs on compassionate grounds in various wings of the Health Department, also received their appointment orders.