CM launches project at school for children with muscular dystrophy

Chief Minister M.K. Stalin on Saturday inaugurated various projects, including construction of a new building and a basketball ground, at the Chennai Special School for Muscular Dystrophy.

The school, said to be the first of its kind in the country, was inaugurated in the Thousand Lights constituency in 2009, by Mr. Stalin when he was the Deputy Chief Minister.

On Saturday, the Chief Minister launched a ₹50-lakh project for the school. He also unveiled the plaque to commemorate the launch of the noon meal scheme in 1920 by Sir Pitty Theagarajar.

Besides distributing medical equipment, Mr. Stalin flagged off a customised bus fitted with an electric lift. 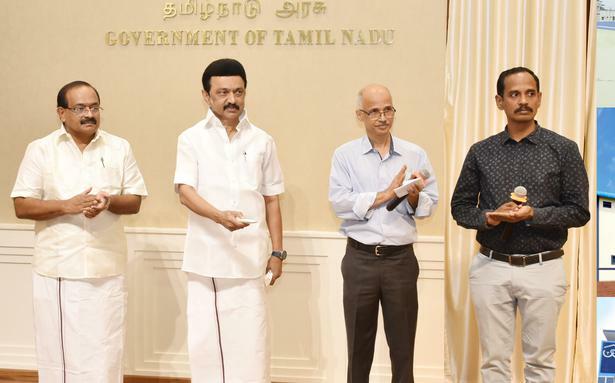 Stalin inaugurates godowns and buildings
He also handed over financial aid of ₹25,000 to 21 writers to encourage their literary talents