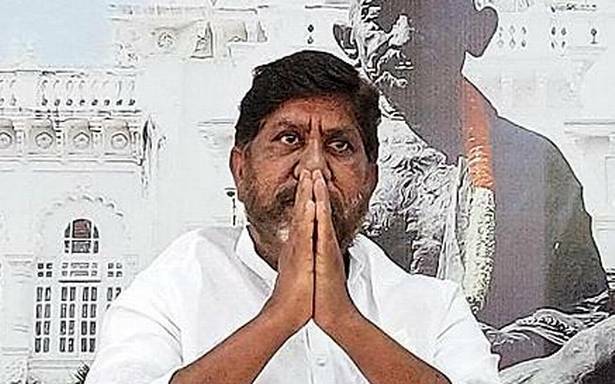 Congress Legislature Party (CLP) leader and MLA, Bhatti Vikramarka found fault with the Chief Minister K. Chandrasekhar Rao asking farmers to refrain from paddy cultivation after boasting about his government’s commitment to farmers and said it has made the farmers apprehensive.

He said it was not proper on part of the Chief Minister to send a veiled threat to the farmers saying the government would not buy paddy in the Kharif season and asked him to issue a clarification as the farmers were agitated. He said if the Central government has refused to buy paddy the Chief Minister cannot leave the farmers in lurch and instead, he should come to their rescue improving marketing structure. He said governments in combined Andhra Pradesh never instilled such fears among the farmers, but helped them when they were in distress. Paddy cultivation has increased due to the projects taken up by the Congress government in the combined State.

Stating that the views expressed by him at the Chief Minister’s review meeting on Dalit Bandhu were misrepresented by the Chief Minister’s Office, he said as the representative of the Congress he had demanded its implementation in all the constituencies and sought the government’s plan on it.

The Chief Minister’s PR office seems to have thought it was also the PR wing of the Congress Legislature Party and misrepresented the facts. He said Congress party has several doubts on the implementation of the scheme and also the sincerity. “We have asked them how do they wish to cover 17 lakh Dalit families and how much money would be allocated every year. Similarly, we wanted it to be implemented for Scheduled Tribes and economically backward people in other castes,” he said.

Mr. Vikramarka said he had also sought clarification on whether the amount could be used for two or three different businesses or just one. Will it be one-time payment was another doubt. To clear these doubts, the party also demanded that the Assembly session be convened for a serious discussion. He said Congress also demanded that Dr. Ambedkar’s statue should be installed at the same place in Punjagutta from where it was removed.