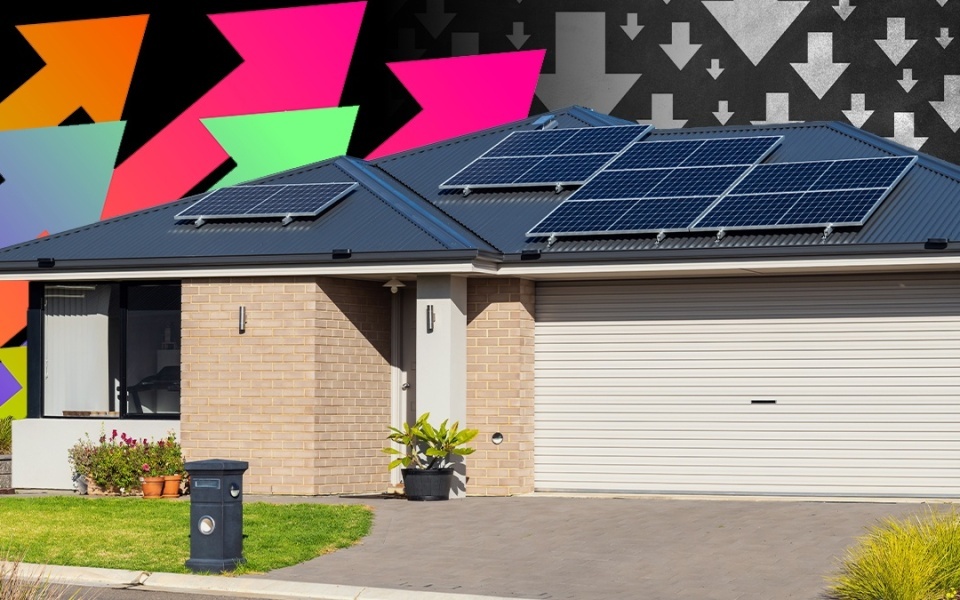 ‘Not necessarily good news’: Property plunge no panacea for housing affordability crisis
House prices will need to fall by more than 20 per cent to offset the declining affordability of owning a…

ABC News
A decade of savings isn’t enough for most first home buyers, as deposits soar out of reach

While house prices are expected to fall nationally as interest rates continue to rise, that won't necessarily improve the plight…

ABC News
One subscription that gives you access to news from hundreds of sites
Markets turmoil and interest rate rises: the economic challenges facing Australia after the election

Soaring energy costs, stagflation fears and calls for higher wages are just some of the bumps in the road awaiting…

The most expensive real estate market in regional Australia is officially cooling, but that doesn't mean it's any more affordable. 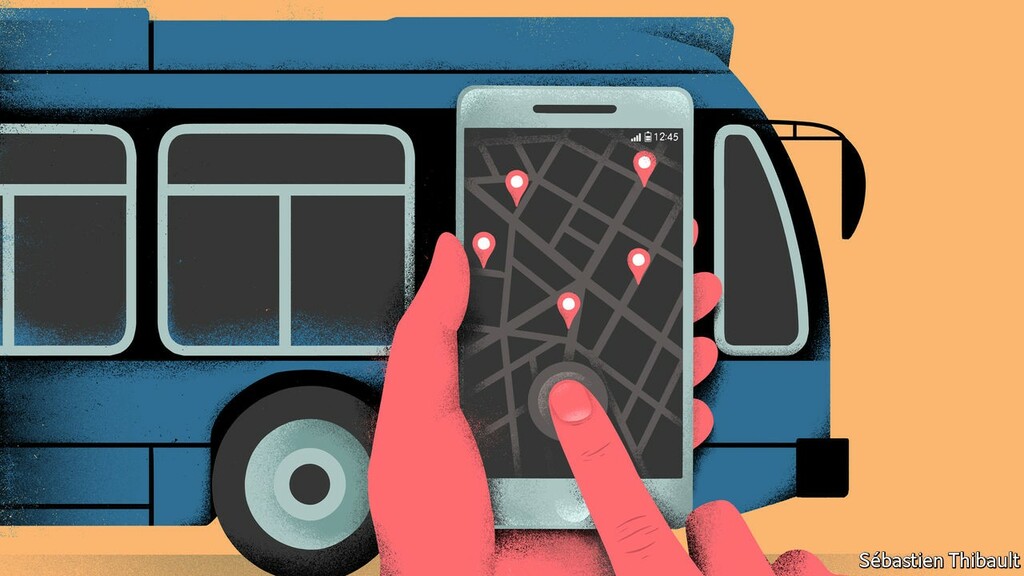 Clive Palmer's United Australia Party is promising to cap mortgage interest rates. Can it be done?

With the cost of living surging and interest rates rising for the first time in more than a decade, a cap on mortgage repayments would come as welcome relief for millions of borrowers. But can it be done and who would end up paying for it?

Clive Palmer's United Australia Party (UAP) has been spruiking a 3 per cent, five-year cap on mortgage interest rates as the centrepiece of its election campaign.

It has featured in a large share of the UAP's $16 million worth of ads on Google and YouTube since the election was called, as well as on billboards and TV ads that are expected to push the party's total campaign advertising spend to $40 million.

But how would it work?

Details of the policy are scarce, and come from media questions to the party's leader Craig Kelly and Queensland Senate candidate Clive Palmer.

"I think we can legislate to limit home loans because if you look back in the [19]60s and the '70s, that's how the interest rates operated in this country," he said.

In this comment, Mr Palmer is correct, according to Lowy Institute senior fellow and former Reserve Bank board member Dr John Edwards.

"We used to cap everything," he told The Business.

"The RBA used to have control over the mortgage rate, and they could tell banks how much they could lend for various purposes," he recalled.

"In fact, control over the mortgage rate persisted until 1986."

Why did the government abandon capped mortgage rates?

Why did this system end? Because there were problems. Serious ones.

First of all, interest rates for much of this era were not low. They were often in the double-digits.

That is because inflation was also often out of control (more on this later).

And if you think it is hard getting a home loan now, try going back four decades.

"First of all, you'd beg some of it from a bank and, reluctantly, they'd give you some, but you had to get more to actually buy a house," said Dr Edwards, who bought his first home during the period.

"In those days, lawyers used to act as lenders for their clients.

Michael Blythe explained that the banks were reluctant to lend money because the flow of funds used to back those loans was very volatile.

With deposit rates for the regulated banks capped, non-bank lenders could come in and capture savings by offering much higher returns.

"A shortage of funds meant that home loans could be 'rationed'," he said.

"In practice it seems borrowers got part of their home loans at the regulated rate from the bank, then had to go around the corner to the bank [owned] finance company to borrow the rest at market rates."

Mr Palmer's response to this criticism at the National Press Club was to highlight that his policy was directed at existing mortgage borrowers.

"It's not a question of keep loaning; it's a question that they've already lent," he said.

Can you give banks cheap money for mortgages?

But there are ways to support banks keeping mortgages at very low interest rates.

One way would be for the government to subsidise the difference between the cost to banks of raising funds through deposits and on global markets, and the mortgage cap.

But, with more than $1.3 trillion of owner-occupier home loans outstanding, Dr Edwards said that would not come cheap.

"I think the costs would be extravagant," he argued.

UAP leader Craig Kelly told News Corp in a recent interview that the cheap mortgages could be funded by the government issuing bonds at 0.1 or 0.2 per cent and on-lending that money to the banks.

The problem is that the current Australian government five-year bond rate is already above the proposed 3 per cent mortgage cap, and no private investor would take such a low return.

There is one institution that could provide this kind of funding — the Reserve Bank.

In fact, it already ran a similar scheme during the pandemic, which is one reason why there were so many fixed mortgages available at interest rates below 2 per cent until that program ended in the middle of last year.

"The [mortgage cap] scheme would only work if banks could obtain funding below (and well below) the cap," explained Mr Blythe.

"The RBA did achieve this outcome as part of its QE [quantitative easing] operations via the Term Funding Facility during the pandemic.

"But those were unusual times and shouldn't be the norm."

This provision would likely have to be used to force the RBA into another cheap mortgage funding program, given that it is currently fighting a problem with high inflation.

"The Reserve Bank of Australia has recently increased interest rates, and the reason why they did that was to try and head off the higher increase in prices that we're seeing in the Australian economy," explained Dr Gross, a former RBA economist.

"If the government forced them to lower interest rates back down in order to finance these cheaper mortgages, then we would see higher prices at the supermarket and everywhere else in the Australian economy."

Dr Gross said it would also likely hurt people who do not already own a house.

"Any attempt to lower interest rates below their current historic lows is going to push up house prices," he observed.

Mr Palmer responded to inflation concerns by saying that the policy would only apply to home loans and business loans secured by a home.

"There's other things we can do about inflation and, of course, it's to do with the money supply and how that's handled," he said.

However, home loans account for about 60 per cent of bank lending in Australia, and Dr Edwards warned the RBA might have to be more aggressive in other areas to get price rises back under control.

"So basically, whichever way you do it, people without mortgages one way or another end up paying to subsidise the people who are getting these cheap interest rates?" I asked him.

And Michael Blythe said that could prove to be unpopular with a much larger group of people than mortgage borrowers.

In the end, a discussion of whether a mortgage cap in 2022 would work is likely to prove academic.

Neither major party likely to form government — the Liberal/National Coalition or Labor — have indicated any support for the idea.

And the ABC's election analyst Antony Green does not believe the UAP will be in a position of power to push it.

"At most, the UAP could get one Senate seat," he said.

"Clive Palmer has been contesting elections for almost a decade, and his vote has continued to slip downwards from the days in 2013, when they got a substantial vote in Queensland.

"I don't think he's got much chance of getting elected.

The ABC approached the United Australia Party for comment about this story on multiple occasions and received no response.

‘Not necessarily good news’: Property plunge no panacea for housing affordability crisis
House prices will need to fall by more than 20 per cent to offset the declining affordability of owning a…

ABC News
A decade of savings isn’t enough for most first home buyers, as deposits soar out of reach

While house prices are expected to fall nationally as interest rates continue to rise, that won't necessarily improve the plight…

ABC News
One subscription that gives you access to news from hundreds of sites
Markets turmoil and interest rate rises: the economic challenges facing Australia after the election

Soaring energy costs, stagflation fears and calls for higher wages are just some of the bumps in the road awaiting…

The most expensive real estate market in regional Australia is officially cooling, but that doesn't mean it's any more affordable.