Clive Palmer has been ordered to pay part of Mark McGowan’s legal costs while the Western Australian premier will pay none of the billionaire’s, despite the federal court finding they both defamed each other.

On Thursday, Justice Michael Lee found there was an “asymmetry of responsibility” for the “long and costly” hearing of the case, because Palmer launched proceedings but only McGowan “was willing to draw back” by offering to drop the case in December 2021.

The decision leaves Palmer, the billionaire chairperson of the United Australia party, paying his own costs for his defamation claim against McGowan, some of McGowan’s for the cross-claim, and the state of Western Australia’s costs for a mid-trial stoush about discovery.

Earlier in August, the court found the pair defamed each other in a war of words over Covid-19 and extraordinary legislation extinguishing the billionaire’s $30bn claim against Western Australia.

Palmer received damages of just $5,000 while McGowan got $20,000 because Justice Michael Lee accepted his evidence about his hurt feelings.

On Thursday Lee gave judgment on costs, which he noted would be in “glaring disproportion” to the judgment sum.

He found that Palmer’s “failure to engage with the offer did not serve to best facilitate the optimal use of the resources of the court and the parties”.

“Mr Palmer may not be unduly troubled about spending his money on litigation, but he had an obligation to facilitate the just resolution of the dispute according to law, and as quickly, inexpensively and efficiently as possible.”

Given the mixed result, Lee said some might see “merit in saying a ‘plague on both your houses’ … like the response to the feud between the houses of Montagues and Capulets” – and make no order as to costs.

“But this result would not reflect the reality that it was Mr Palmer who first picked up the cudgels and, even more importantly, would give insufficient weight to their differing approaches to resolving the dispute.

“Both men went too far in their political jousting, and both men litigated, but only one was willing to draw back and avoid a long and costly hearing.”

The judge said on the primary claim, McGowan “should not get his costs” because he had been found to have defamed Palmer, for imputations including that Palmer posed a threat to the people of WA and Australia.

The judge noted McGowan’s argument that “Mr Palmer is $15,000 behind scratch” and had expended “vast costs” to obtain judgment, which only amounted to “chump change”.

But Justice Lee said that Palmer had secured judgment in his favour, “curial recognition that he had been defamed and no defence was available”. That was “no small thing” and a more favourable outcome than McGowan’s offer.

Justice Lee ordered Palmer to pay an as-yet undetermined “lump sum” of McGowan’s costs for the cross-claim from 22 December, a few days after the offer.

McGowan’s cross-claim successfully argued Palmer defamed him with imputations that the premier had lied to the people about the justification for travel bans and “corruptly” sought immunity under laws extinguishing a claim by Mineralogy against the state.

The judge declined to order McGowan costs on the more generous “indemnity” basis, because of the “mixed ultimate result, but also because Mr McGowan increased costs by running a number of points that were not exactly dripping in merit”.

Justice Lee noted the federal court is a “superior court of record”, and court rules aimed to discourage parties from litigating cases that are “unlikely to attract compensatory damages of substance” there.

He said it was not “unreasonable” for McGowan to bring the cross-claim, which he would not have done if Palmer had not sued him in the first place.

“The notion that Mr Palmer and Mr McGowan are equally responsible for these proceedings having consumed significant private and public resources cannot be reconciled with the objective facts.” 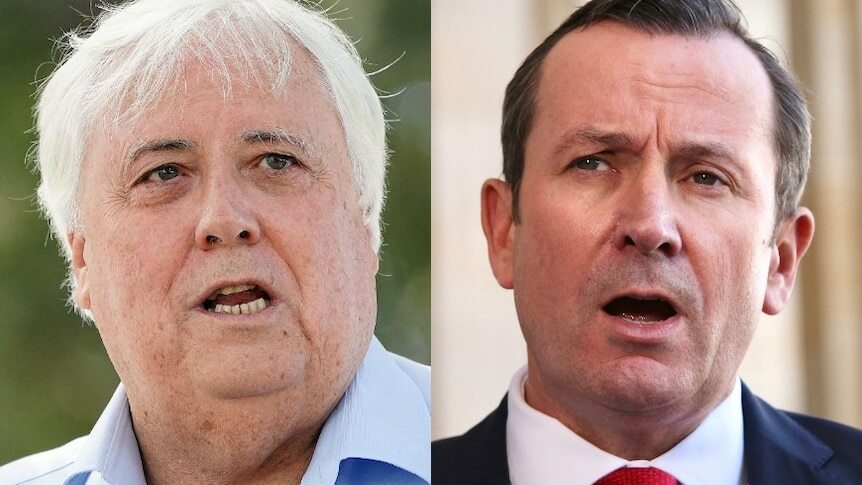 ABC News
From analysis to the latest developments in health, read the most diverse news in one place.
Clive Palmer ordered to pay part of Mark McGowan’s legal costs; 87 more Covid deaths – As it happened

All the day’s news, as it happened

The Guardian - AU
Palmer to pay bulk of defamation costs

John Quigley admits to feeling "embarrassed" over a mistake in his testimony during Mark McGowan's defamation trial with Clive Palmer.

The Guardian - AU
One place to find news on any topic, from hundreds of sites.
Peter Dutton may not have to pay costs over defamation case against refugee advocate