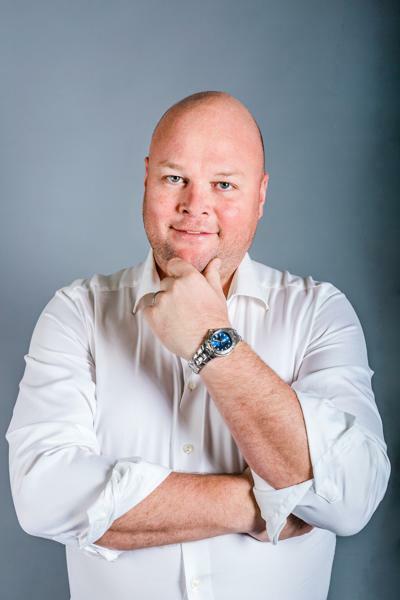 The global legal practice management software market is expected to grow more than 14% year-over-year, reaching $2.33 billion by 2024, according to Market Study Report. Yet the vast majority of legal firms are small practices operating in much the way they had for the past 30 years.

One company, Clio, set out to change that with the introduction of cloud-based, easy-to-use web tools for practice management.

“We realised that lawyers in the year 2007 were practicing in many ways the same way they would have been practicing in the year 1987. It really hadn't been fundamentally changed by technology. And we thought that the cloud and well-designed intuitive software delivered through the cloud could maybe be that innovation that finally helped bring technology to legal and help transform legal with technology,” says Clio Co-Founder and CEO, Jack Newton.

“I founded Clio with Rian Gauvreau, who is my lifelong best friend. We've known each other since we were eight years old. We met in grade three in Edmonton, Alberta. And as we went through junior high school and high school and university together, we increasingly got excited about the idea of eventually starting some kind of a company together. And a lot of ways I described this as two hammers looking for a nail. We were off to find hopefully a really compelling start-up opportunity. And we were patient in looking for that opportunity,” says Newton.

The pair’s serendipitous journey to building Clio started after university. Gauvreau got a kinesiology degree from Simon Fraser University and then an MBA from the University of British Columbia. Newton earned both a BS and Master’s in computer science from the University of Alberta. Newton’s first job out of university was working at a software start-up in the life sciences space. Gauvreau become the IT manager at Gowling LaFleur Henderson, a large law firm in Vancouver, Canada.

What would seem like independent paths at first was actually what brought the two together to found Clio, who’s origin started with a consulting engagement that the pair had with the Law Society of British Columbia.

“We were doing this consulting engagement to help them migrate their continuing legal education program from an in-class program to one that was delivered in the cloud. This was around 2007 and over what I would describe as a very serendipitous lunch with the director of practice centers of the Law Society of British Columbia, who was lamenting the fact that most of the lawyers that he needs to discipline or remediate in some way due to an ethics violation, mishandling trust accounts or some other ethical breach, mostly originated, or mostly related to his solo and small firm membership. And his lawyers that practiced in large law firms really didn't have those issues,” says Newton.

The simple answer behind this discrepancy was that large firm lawyers have an ecosystem of support staff helping them stay on top of their statute of limitation dates, trust accounts and all of their obligations. Solo and small firm lawyers on the other hand really didn’t have that infrastructure and support. And that's where Newton and Gauvreau saw a huge opportunity to support solo small firm lawyers with software that would help them stay on top of their practices.

While there were plenty of practice management solutions in the marketplace at the time, they were all either too expensive or too difficult to deploy because they were still using on-premise systems that required servers to install and required IT staff to support.

“Back in 2007, we were in this really, I would say, fortuitous position where the cloud was just starting to rise as a new paradigm of computing and Rian and I saw this unique ability to bring the cloud to the legal market and to really transform the legal market, starting at the bottom of the market, starting with the solos and small firms and transformed what was in a lot of ways, what we regarded as the last major industry to be fundamentally transformed by technology,” says Newton.

Newton and Gauvreau had the insight to focus on the small legal practice market, but also had the challenge of selling into a large, fragmented market with precious little marketing dollars to do so at the start of their bootstrapped start-up. “That was really a ground game for us in the early days of Clio where we would go from state to state going to every continuing legal education conference we could. This is something that actually turned out to be a great help to us in helping penetrate this market. And we went to hundreds of these conferences to get the attention of lawyers,” says Newton.

As Newton tells it, the Clio name is derived from Greek mythology. The parent company for Clio is called Themis Solutions, Inc and Themis is the Greek goddess of law and order. Themis is the god that's holding the scales of justice in front of the courthouse.  For Clio, they searched for a name that was personable and more approachable than the average legal technology name. “We discovered that Clio was the Greek muse of history. So, there's this nice tie-in with our Greek mythology, the straight Greek mythology you see in our naming. And when you think about what Clio is really all about, it's about helping a law firm track their history and track everything related to what they've done with clients and create a log of those interactions and give what becomes a system of record for a law firm. So that tie to the Greek muse of history we thought was pretty cool,” says Newton.

Today Clio has 650 employees worldwide, with headquarters in Vancouver, and offices in Calgary, Toronto, and Dublin, Ireland. Its fast-growth has attracted $386 million in funding to date, with its most recent April 21, 2021, E Round raise of $110 million led by OMERS Growth Equity and T.Rowe Price, valuing the company at $1.6 billion. This comes on top of its $250 million D Round by JMI Equity and TCV in September of 2019.  Other investors include Acton Capital and Bessemer Venture Partners. In May of this year, Gauvreau decided to leave the company in an executive capacity but remain on the company’s board.

“Clio is far and away the market leader in this space. With this most recent round of funding, we're looking at acquisitions. We're really looking at how do we build out the suite of comprehensive tools that will help solve lawyer's problems and see the opportunity to both build those internally, as well as partner with other companies through acquisition to help accelerate our ability to deliver that product roadmap to our customers,” concludes Newton.