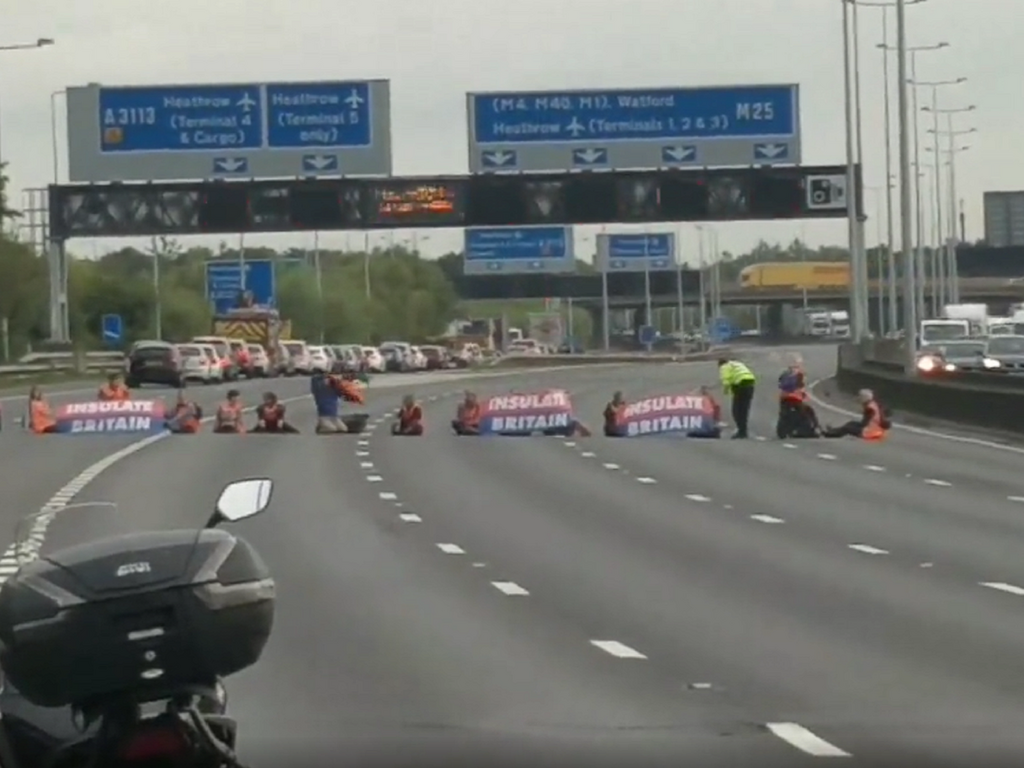 Police have arrested at least 11 people after climate crisis protesters blocked off the M25 motorway, causing huge delays during the morning rush hour.

Insulate Britain is holding demonstrations at several locations including Hertfordshire, Surrey, Kent and Essex this morning.

About 20 demonstrators have been filmed sitting in the middle of the road at Junction 20 in Kings Langley, blocking access to the roundabout from both sides.

There are reports of similar demonstrations at Junction 3 in Swanley, Junction 6 in Godstone, Junction 14 at Heathrow, Junction 30 at Thurrock and Junction 31 at Lakeside/Purfleet.

Video posted on Twitter by Paras Bagthalia showed protesters with banners blocking off all four lanes of the motorway, as well as the slip road, in one incident this morning.

Other footage shared online showed one motorist attempting to drag a protester out of the road as tempers flared before a police car turned up.

Insulate Britain is calling on the government to “get on with the job of insulating Britain’s homes”.

The new group tweeted: “We are disrupting the M25. Why? We are demanding the government and @BorisJohnson create hundreds of thousands of jobs, lower our emissions, and save lives.”

Surrey Police confirmed it was at the scene of the protest shortly after 9am on Monday.

The force tweeted: “We're currently overseeing a protest at J6 M25 reported just before 8am. No of protesters from Insulate Britain are at the location, slip road closed+diversion being set up.

“No arrests made at this stage. Pls avoid the area for the time being.”