WASHINGTON — A divided Senate took a crucial step Saturday toward approving Democrats’ plan to tackle climate change, bring down health care costs and raise taxes on large corporations, with a test vote that paved the way to enact a significant piece of President Joe Biden’s domestic agenda in the coming days.

The measure advanced on a party-line vote of 51-50, with all Republicans opposed and Vice President Kamala Harris breaking the tie.

The action suggested that Democrats, after more than a year of internal feuding and painstaking negotiation, had finally coalesced behind legislation that would provide hundreds of billions of dollars for climate and energy programs, extend Affordable Care Act subsidies and create a new federal initiative to reduce the cost of prescription drugs, particularly for older Americans.

Much of the 755-page legislation would be paid for by tax increases, which Democrats have said are intended to make the tax code more equitable.

The vote put the bill on track to pass the Senate as early as Sunday, with the House expected to give its approval by the end of the week. That would provide a major boost to Biden at a time when his popularity is sagging, and it would hand Democrats a victory going into midterm elections in November in which their congressional majorities are at stake.

“I think this legislation is long overdue and is critically important,” Harris said after casting her vote. “It’s going to lower costs for American families.”

The hard-won agreement, which includes the most substantial investment in history to counter the warming of the planet, came after a flurry of intense negotiations with two key Democratic holdouts, Sens. Joe Manchin of West Virginia and Kyrsten Sinema of Arizona.

Just weeks ago, Manchin, a conservative-leaning Democrat from a red state, had said he could not agree to include climate, energy and tax measures in the domestic policy plan this summer given his concerns that doing so would exacerbate inflation. But he and Sen. Chuck Schumer, D-N.Y, the majority leader, stunned lawmakers in both parties late last month with the news that they had quietly returned to the negotiating table and struck a deal that included those proposals.

And Thursday, Sinema announced she, too, would move forward after extracting concessions, including dropping a provision that would have narrowed a tax break that allows private equity executives and hedge fund managers to pay substantially lower taxes on some income than other taxpayers do.

“The bill, when passed, will meet all of our goals: fighting climate change, lowering health care costs, closing tax loopholes abused by the wealthy and reducing the deficit,” Schumer said on the Senate floor Saturday. “This is a major win for the American people and a sad commentary on the Republican Party as they actively fight provisions that lower costs for the American family.”

Democrats were speeding the bill through Congress under the arcane budget process known as reconciliation, which shields certain tax and spending measures from a filibuster but also strictly limits what can be included.

Republicans remain unanimously opposed to the measure and have feverishly worked to derail it, fuming at the resurgence of a plan they thought was dead. Blindsided by the deal between Schumer and Manchin, they have scrambled to attack the bill as a big-spending, tax-hiking abomination that will exacerbate inflation and damage the economy at a precarious moment.

“Democrats are misreading the American people’s outrage as a mandate for yet another — yet another — reckless taxing and spending spree,” said Sen. Mitch McConnell, R-Ky., the minority leader.

He condemned a “tidal wave of Washington meddling” that he said would result from the prescription drug plan, which he said would take “a buzz saw to the research and development behind new, lifesaving medical treatments and cures.”

But Democrats have rebranded the transformative cradle-to-grave social safety net and climate plan they once called “Build Back Better” as the Inflation Reduction Act. Operating with a razor-thin Senate majority that gave their most conservative members strong influence over the measure, Democrats have jettisoned hundreds of billions of dollars in proposed spending on domestic programs, as well as many of the tax increases they had pitched to pay for it.

Outside estimates have indicated that the measure would not force a huge increase in federal spending or impose substantial tax hikes outside of large corporations, and it is projected to reduce the federal budget deficit by the end of the decade.

That did not stop Republicans from arguing that it would be disastrous for the economy and for Americans. Sen. John Cornyn, R-Texas, branded it the “Manchin-Schumer Tax Hike of 2022.”

Republicans spent much of the past week trying to devise ways of slowing or blocking the legislation by arguing that it violated the reconciliation rules. (They did, however, refrain from forcing the Senate clerks to read the bill aloud, after a similar maneuver last year prompted an outcry.)

Elizabeth MacDonough, Senate parliamentarian, and her staff labored into the early hours of Saturday morning to determine whether the bill’s components violated those rules, which require that each provision have a direct effect on federal spending or revenue. Early Saturday, she instructed Democrats to trim the scope of a proposal intended to keep the increase in drug prices from outpacing inflation, saying a proposed rebate could apply only to drugs purchased by Medicare, not by private insurers.

But top Democrats announced that most of the legislation remained intact after MacDonough’s review, including a plan to allow Medicare to directly negotiate the price of prescription drugs for the first time, restrictions on new electric vehicle tax breaks and a fee intended to curtail excessive emissions of methane, a greenhouse gas that is commonly emitted from oil and gas leaks.

After Saturday’s test vote, senators girded themselves for an overnight session as Democrats edged closer to final passage of the bill. Around midnight, Republicans began forcing a rapid-fire series of votes on amendments to the legislation — an hourslong ritual known as a vote-a-rama that reconciliation measures must survive in order to be approved. In the evenly divided Senate, all 50 members of the Democratic caucus will have to remain united to ward off changes proposed by Republicans and win final passage.

“What will vote-a-rama be like? It’ll be like hell,” vowed Sen. Lindsey Graham, R-S.C. Of Democrats, he said: “They deserve this.”

Democrats, too, still could change the bill. They are expected to essentially dare Republicans to strip a proposal to cap the cost of insulin for all patients, a popular measure that violates the budget rules because it would not directly affect federal spending.

And at least one member of the Democratic caucus, Sen. Bernie Sanders, I-Vt., chair of the Senate Budget Committee, hoped to win changes to the legislation.

“This is a totally inadequate bill, but it does, to some degree, begin to address the existential threat facing the planet,” Sanders said in an interview Friday. “I’m disappointed.”

Most Democrats, however, were trying to rally their colleagues to stay united against any amendments — including those that could be offered by fellow members of their caucus — to preserve the delicate consensus around the bill and make sure it could become law.

“What I care about is that we get to 50 votes, OK, at the end, and that means we have got to keep this deal together,” Sen. Elizabeth Warren, D-Mass., told reporters. “What matters is that we’ve cut a deal, and we need to keep that deal intact.” 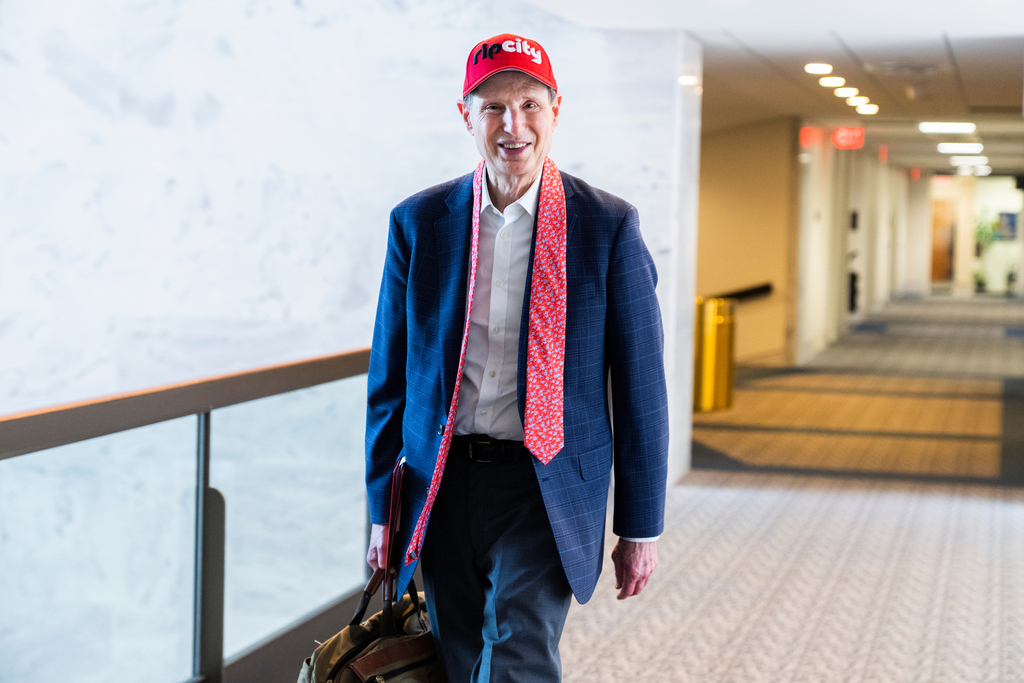 After four-hour debate, Senate begins voting on budget bill amendments - Roll Call
The Senate is starting what could be a marathon session of votes on the budget package after four hours of…

Roll Call
From analysis to the latest developments in health, read the most diverse news in one place.
US Senate passes $739bn healthcare and climate bill after months of wrangling

Democrats are driving their election-year economic package toward Senate approval

Senate Democrats spent the weekend advancing what they call a historic piece of legislation, but it's still a much smaller…