Clearing a dreaded drain can be an absolute nightmare, with some resorting to bleach or expensive professional cleaners to see their water systems back in perfect stead.

However, experts have recently revealed that there are super cost-effective ways to achieve similar results, and on certain occasions, scrubbers won't need to buy anything at all to get the job done.

Operations Director for Smart Cover, Chetan Mankar, told Express.co.uk that blocked drains usually come to fruition through a build up of food, grease, or hair - and while the problem, in extreme cases, can require a professional plumber, most of the time you can clear them yourself using simple at-home fixes.

According to The Mirror, he said: “Clogged drains are one of life’s little annoyances, but sometimes the issue can be so serious that it costs hundreds of pounds to repair.

“They’re often caused by a build-up of food, grease and hair that has collected over time, making it harder for water to pass through. Grease in particular can be a nightmare to get rid of, but thankfully there are a few tricks to getting things moving again.

One of the cheapest and easiest ways to clear your blocked drains is to pour some boiling water down the drain - which will only cost you the price of boiling your kettle on your electricity, and the added amount to your water bill.

Although you probably flush water through the drain every day, using freshly boiled water that's at its hottest can help to melt and move any congealed grease or other blockages.

Chetan said: “Using hot water to clear a sink blockage is one of the easiest and least expensive solutions. Bring a kettle to a boil then pour the hot water into the sink and allow it to stand for a couple of minutes.

"If the water stands there without draining, the blockage is still in place. Repeat the process several times to move the clog. This strategy works in cleaning many other types of blockages.”

Another common tactic is to use a plunger to unblock your drains - but experts suggest investing in a "flat-bottomed plunger" rather than the kind you'd use for your toilet.

Explaining how to effectively use a plunger, Chetan said: “Keep filling the sink with hot water until it is half full and it creates a seal around the drain. Keep the plunger over the sink drain and continue to pump up and down rapidly and repeatedly.

“Take off the plunger and see if the water drains or not.”

Then, simply repeat the process until the water drains completely and freely, which will indicate an unblocked drain.

For a more scientific solution that's still chemical-free, try using a mixture of white vinegar and baking soda, which you may already have in your house.

Remove any excess water from the sink, and then put one cup of baking soda inside the drain using a spoon and if needed, push the powder into the pipe.

Next, add a cup of white vinegar and cover the drain with a stopper or lid before leaving the mixture to sit for 15 minutes, after which point you should be able to let hot water run through the drain with no problems.

Have you got any additional hacks? Let us know in the comments. 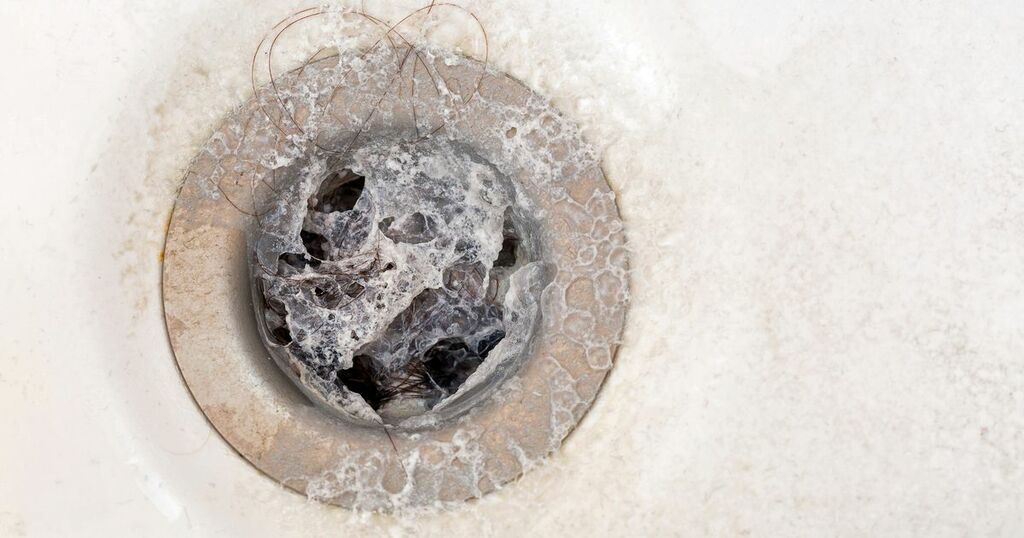 These easy at-home fixes for a blocked drain just use items you probably own.