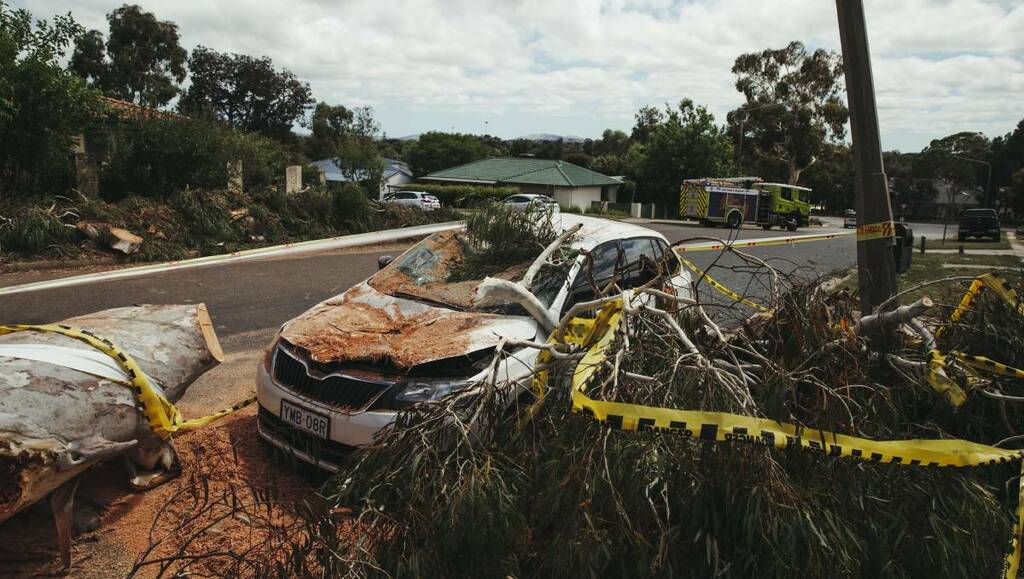 About 149 homes remained without power on Saturday, five days after a storm damaged power lines and brought down trees in Canberra's north-west.

Evoenergy said crews were on track to restore power to the remaining 149 customers by 4pm on Sunday, with eased weather conditions expected to make it easier for crews to repair the grid.

Crews will continue working tonight across all affected suburbs and will provide another update tomorrow morning.

There were about 3000 customers in Belconnen and Gungahlin without power on Tuesday.

"Following another wet day, yesterday we restored power to 324 customers across the district of Belconnen, with the suburb of Holt now fully restored," Evoenergy said in a statement.

"Some of today's jobs will include the repair and replacement of power poles and cross arms so we can re-hang the powerlines."

The electricity grid operator said crews were able to work through the rain, but lightning could be a challenge.

"There are a small number of homes and businesses that require private electricians to repair damaged electricity supply points at their property so we can reconnect their service lines. We have spoken to these customers," the operator said.

The Emergency Services Agency on Saturday morning said it had six outstanding jobs from Monday's storms, and three of those had been tasked to crews.

The agency on Saturday afternoon said crews had attended 1023 emergency incidents since the storm, which were now completed.

There had been more than 860 requests for assistance following the storms, which brought damaging winds and hail to suburbs in West Belconnen.

"The sheer volume of damage that was done by that really severe storm on Monday is what's taking so long," Evoenergy customer delivery group manager Alison Davis said on Friday

"We're working really closely with the [State Emergency Service] and we're really grateful for their hard work and their support with some of the tree clearing and access."

A community information hub has been opened at Rural Fire Service Molonglo Brigade, providing charging stations, ice for eskies and a skip to dispose of food waste, as well as incident information.

The hub offers showers, laundry facilities, charging stations, ice, food waste disposal and information for people who were affected by the storm.

A severe thunderstorm warning was issued for the ACT on Friday evening, but the Emergency Services Agency received no calls for assistance.

The Bureau of Meteorology has forecast the chance of a thunderstorm, possibly severe, on Saturday afternoon.

The bureau expects partly cloudy conditions, a medium chance of showers dropping away in the afternoon and a maximum temperature of 29 degrees.