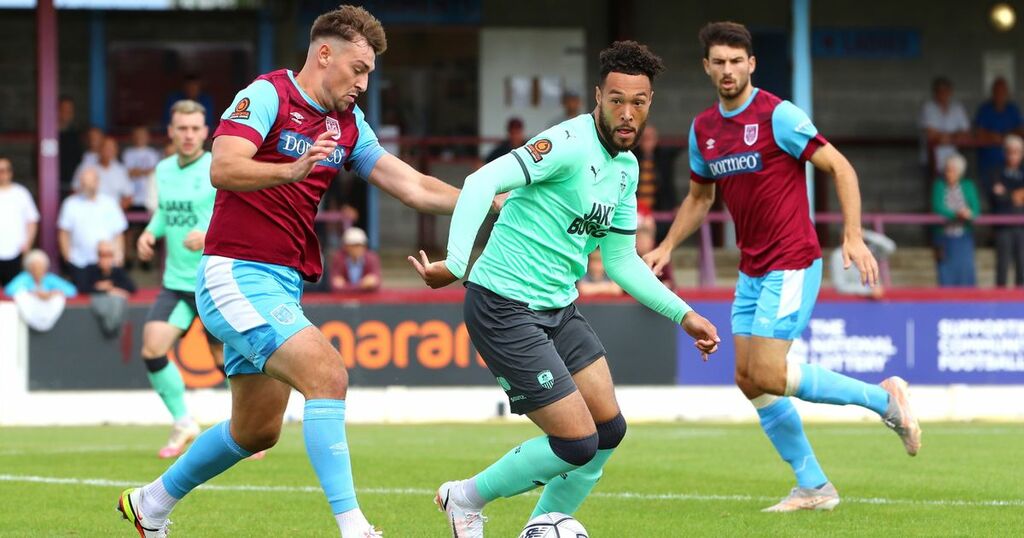 Notts County were forced to settle for a point at Weymouth as the Magpies were held to a 1-1 draw on the south coast.

The Magpies had taken the lead through a wonderful Callum Roberts strike but were pegged back when Andy Robinson scored with a deflected effort.

The Magpies went in search of a winner but could not find a way through.

Here Leigh Curtis rates the players from the National League clash at the Brian Lucas Stadium.

Sam Slocombe: Had very little to do in the first half apart from tip a header over the bar as Notts dominated the ball for such long spells. Deflection beat him for the goal. 6

Dion Kelly-Evans: Usual grit and determination and there were flashes of quality link-up play between him and Callum Roberts. Couldn't quite find the final ball and could have done better for Weymouth's equaliser. 6

Richard Brindley: Oozed confidence when bringing the ball out from the back and stepping into midfield. Caught the eye with some fine runs. 7

Alex Lacey: Largely cruised through the 90 minutes which is why Notts fans dub him a Rolls Royce. Fine in possession and defended well. 7

Kyle Cameron: Like Brindley was not averse to rampaging forward from a defensive position in what has become the trademark of Ian Burchnall's team. 7

Joel Taylor: Followed up his performance against Aldershot with another classy display at left wing-back. Good on the ball and provided plenty of attacking support. 9

Matt Palmer: Deployed in the holding midfield position and was excellent. Stroked the ball around and was always composed in possession. Lost his way a little in the second half. 7

Jim O'Brien: Had a a shot blocked in the first half and there was the usual fire from the Scotsman. Never gives his legs a rest and always looks to make things happen with his running. 6

Callum Roberts: One brilliant jinking run almost brought a goal but was denied by Ross Fitzsimons. So good in tight spaces that he must be a nightmare to play against and scored a hell of a free-kick. A special, special, player. 8

Ruben Rodrigues: Plenty of ideas and showed wonderful feet for a chance he blazed over in the first half. Weymouth tried to deny him space. 7

Kyle Wootton: Link-up play was a bit hit and miss but still had a chance which was saved by Fitzsimons. Worked incredibly hard against an imposing defence. 6

Aaron Nemane (Kelly-Evans, 72): Showed a couple of neat touches in the time he was on the pitch. 6

Kairo Mitchell (O'Brien 72): The former Chesterfield drew a save from Fitzsimons. 6

Ed Francis (Roberts 81): Almost conjured up a winner with a brilliant free-kick late on. 6