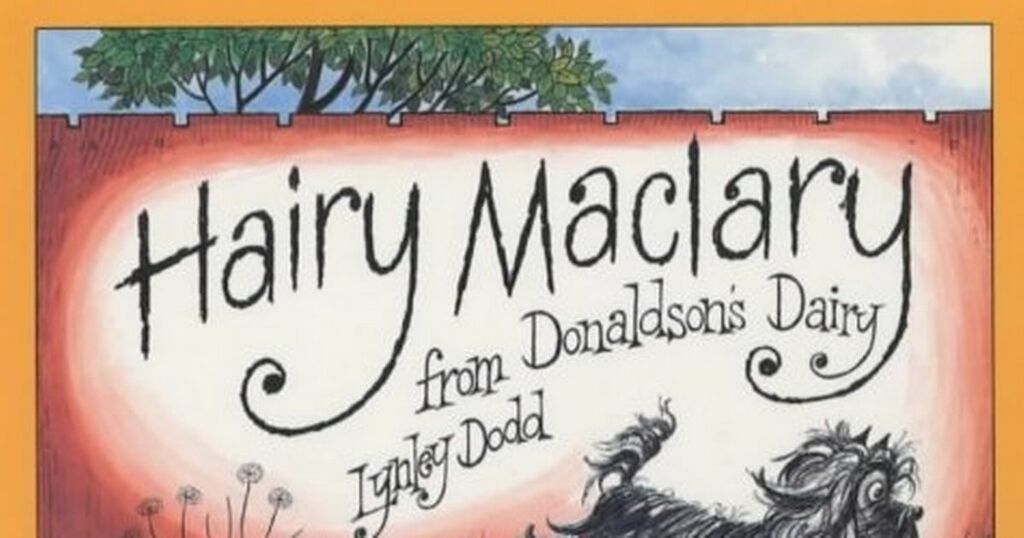 The author of the classic 'Scottish' children's tale Hairy Maclary has stunned Scots book lovers by revealing it's actually from New Zealand.

For decades we have assumed the book was Scottish - a belief so widely held that it has been taught in schools and is even found in the Scottish section in bookstores and online.

The book, which was published in 1983, tells the story of dog Hairy and his adventures with his animal pals.

It has been immersed in Scottish childhood culture for almost four decades and is even mentioned on Education Scotland's website as a Scottish story parents should read to children.

In the Literacy and English Activities section under the 'Sharing Scottish stories heading, parents are urged to: "Explain to the children that the special thing about the story you are going to read/listen to is that it is Scottish.

"Explore with the children Scottish stories they may already know. Have they read The Gruffalo, Katie Morag or the Hairy Maclary series? Younger children may prefer to start engaging with the story and discuss this afterwards."

The book also features on the Scottish Book Trust website as one parents are urged to read to their unborn baby. Under language it is listed as 'English/Scots' and is also sold in the children's section of the Scottish Bookstore for £6.99.

An audio book-version of the popular story is read by Scottish actor David Tennant, and in 2016 the book was included inside the Scottish Government 's pilot baby box for newborns, according to the Guardian.

But in an interview with the New Zealand Herald, author Dame Lynley Dodd, who has Scottish ancestry, confirmed the book and the dog who stars in it are actually from New Zealand.

Speaking to the paper she said: "I'm sorry, the book is a New Zealand book. Hairy Maclary has got a Scottish ancestry, in fact he's got bits of Scottish terrier really, hasn't he, in him. And so, you know, he's a New Zealander with Scots background, like me."

Dame Lynley says she has been trying to set the record straight for years: "Oh I always stick up for New Zealand, yes, and say 'Well as a matter of fact, no, it's a New Zealand book'. I've already said that. But probably not in the right places, not online where everybody reads it."

The author was contacted by New Zealand journalist and author, Catherine Woulfe, who seems to be on a mission to 'repatriate' Hairy.

Writing originally on The Spinoff, she lists all the New Zealand references within the story and the illustrations, such as corrugated roofs, a Pōhutukawa tree, a ponga tree and a nod to Wellington Bontanic Garden, amongst others.

She added: "A scattering of Scottish people, it seems, believe our dear sweet Hairy is … theirs.

"How could a person look at these books and think: Scotland?

"Well, to be fair, Hairy’s clearly got a bit of Scottish terrier in him. Then there are the names: Maclary, Muffin McClay, Grizzly MacDuff. OK, Dodd said, but then there’s Schnitzel von Krumm, he of the very low tum.

"But this is a mistake that has been calcifying for the best part of 40 years. The Scots have thought Hairy’s theirs for as long as we in Aotearoa have known he’s most indubitably ours. It’s a fallacy as entrenched as Hairy’s inclination toward hustling and also bustling."

But the story's author Dame Lynley, it seems is taking the almost 40-year misconception all in good humour, telling Woulfe she is "quite happy" for Scots to claim Hairy.

She added: "Well, I do come from a long line of Scots I must admit, on both sides of the family, so maybe somehow that got out somewhere."