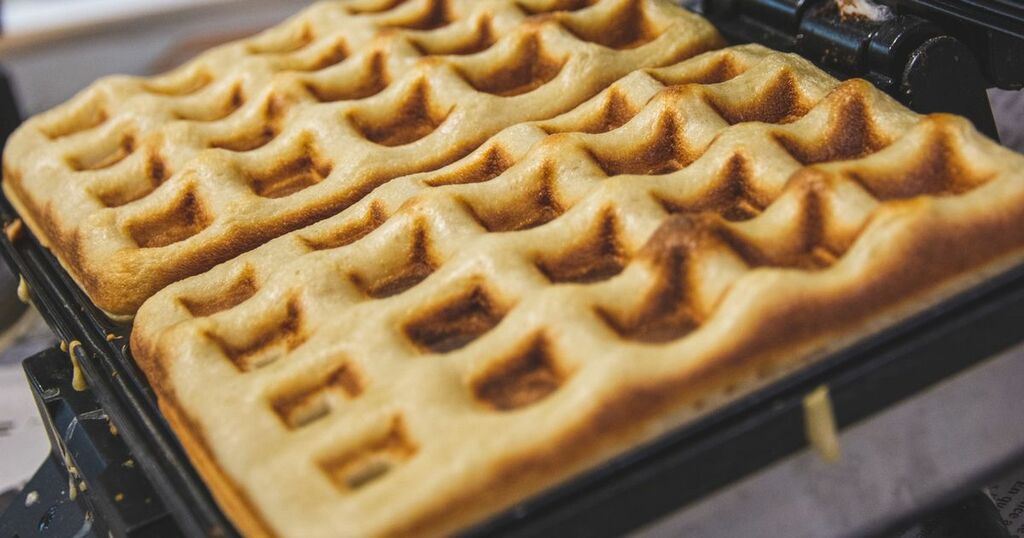 The traditional classic club sandwich has been given a makeover at Birds Eye HQ. Bread that would usually sandwich the fillings is being replaced… by sweet waffles.

Mixing sweet and savoury flavours is not new, in fact chicken and waffles are a popular food combination stateside. However it is the first time a savoury sandwich has been made in the UK using sweet waffles instead of regular bread.

In creating this new ‘Chicken Sweet Waffle Club Sandwich’, Birds Eye have reignited the sweet-and-savoury debate, polarising the public and dividing opinions in the process.

The new waffley incarnation of the club sandwich with a twist is being billed as ‘the perfect weekend treat’. If you ignore the fact that waffles are the sweet bookends in this sandwich, and everything else is business as usual, you might be tempted to try the latest version. When you bite into the sandwich you can expect it to be filled with bacon, lettuce, sliced tomatoes, Emmental cheese, topped with Caesar dressing and black pepper.

Social media has revealed split feelings about Birds Eye’s take on the classic sandwich with Steve Rowlands commenting “disgusting concoction” and @slimrach30s saying “I so would!!!” alongside the drooling emoji.

Annalisa Fanali, Marketing Manager at Birds Eye, said of the new recipe: “We’re always looking for new and playful ways to inspire our shoppers when it comes to their food, especially testing out new flavour combinations.

“Birds Eye’s Chicken Grills are so versatile - you can have them with a salad, in a bun or as part of a pasta dish – and the list doesn’t stop there! So, with the ‘club’ being such a classic sandwich, we thought Birds Eye could have some fun, by resurfacing the ongoing sweet versus savoury debate, whilst encouraging Brits to be more adventurous with their food choices.”

Many social media users believed the recipe could be made better with Birds Eyes’ very own Potato Waffles, rather than the sweet waffles, as @lunalilystarbeam said “Not with sweet waffles I don’t like those, but potato waffles would be nice.”

1. Start by preheating the oven to 230ºC. Line a baking tray with foil or parchment, and place the Birds Eye Crispy Chicken on one side. Add the bacon rashers to the other side and bake both for 18 minutes.

2. While they’re baking, pop your waffles into the toaster for 30 seconds each until toasted. Keep an eye on them as they burn easily! Get your lettuce and tomato ready, too.

3. Remove the bacon from the oven and add a slice of Emmental cheese to each Birds Eye Crispy Chicken. Return to the oven for 1–2 minutes, until melted and bubbling. Slice each chicken breast crosswise into 6 strips.

4. Now it’s time to stack! Place a waffle on the plate first, followed by some lettuce and 3 slices of tomato. Lay 2 rashers of bacon over the salad, followed by 3 of your cheesy Birds Eye Crispy Chicken strips. Drizzle over a tablespoon of Caesar dressing and add a pinch of cracked black pepper.

5. Add a second waffle on top and repeat the layers once more, finishing with the final waffle. Use a skewer if you like to keep your club sandwich intact!

For stories in your area visit InYourArea.