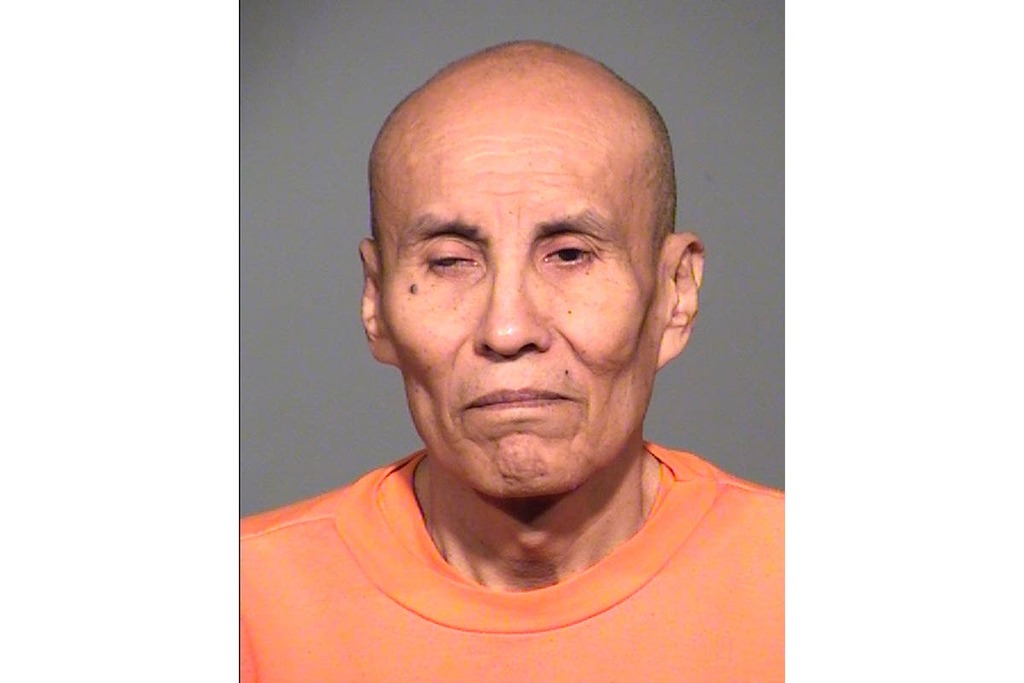 Arizona man set to be executed despite concerns over his mental health
Clarence Dixon, 66, is scheduled to be put to death at a state prison on Wednesday morning

Clarence Dixon: Arizona man set to be executed despite concerns over his mental health

The Arizona Supreme Court declined to overturn a lower court’s decision that found a 66-year-old blind man diagnosed with paranoid schizophrenia was competent to be put to death this week.

Clarence Dixon, set to be executed at a state prison in Florence on Wednesday, was convicted of murder in the death of 21-year-old Deana Bowdoin, a conviction that only arrived years after the 66-year-old was serving a life sentence for a separate 1985 attack of a college student. Bowdoin’s rape and murder had remained unsolved for many years until DNA testing was able to connect Dixon to her case.

The high court, without comment, declined to review the decision reached last week by a judge in Pinal County who rejected the arguments brought forward by the defence who claimed their client was unable to comprehend why he was being put to death and therefore, they contended, his execution should be stayed.

In the Arizona lower court case, the judge presiding determined that while it was evident that Dixon suffered from schizophrenia, in his legal opinion, the accused was rational enough to understand the proceedings of the court case and thus understood why he was being sentenced to death.

Dixon’s lawyers are now hurriedly working to file a request with a federal judge in Phoenix to have them consider whether his mental illness would mean an unconstitutional execution.

As of Monday night, The Telegraph and Argus reported, this request had not been filed.

Should the 10am Wednesday execution go ahead, it will be the first time that Arizona has used the death penalty on a person since July 2014, in an execution that lawyers later argued was botched.

Joseph Wood, the last person to be put to death in Arizona, laid on a gurney gasping and gurgling for air over the course of his two-hour execution which required more than a dozen doses – 15 times the amount required in the state’s execution protocol – of the lethal drugs used to put a prisoner to death.

Currently, there are 112 people on death row in Arizona, a state that has, like many across the US that still turn to the death penalty, struggled in recent years to procure the execution drugs required for the procedure as more and more pharmaceutical companies have blocked their products from being used.

For Dixon, the pentobarbital that had been prepared for his execution were obtained from an unidentified compounding pharmacy, the Associated Press reported.

The drugs being used in Dixon’s execution were part of a separate legal motion filed by his lawyers to US District Court Judge Diane Humetewa.

In that case, Dixon’s attorney Jennifer Moreno argued on behalf of her client that the sedative sodium pentobarbital that was compounded into a solution in February had expired.

Judge Humetewa, however, declined to halt the execution after documents provided by the attorney general’s office showed that the drugs in question did not, in fact, expire until August, a conclusion that Ms Moreno disagreed with and instead contested that the mixture had expired in mid-April.

In a late-night court session on Monday, Ms Moreno conceded that if a new batch was able to be mixed and tested before Wednesday’s scheduled execution, “that resolves the outstanding issues in this case”, she said, according to Bridport News.

Assistant Attorney General Jeff Sparks and Ms Moreno were called back into session by the district judge and agreed that mixing a new batch would settle the litigation.

The defence is still preparing to file a last-minute challenge with a federal court, based on the grounds that the blind 66-year-old in declining health is not mentally fit for the execution.

Though the US Supreme Court has stated that a defendant’s mental illness can make them less morally culpable, and should be taken into consideration in sentencing, “the court has not barred the death penalty for those with serious mental illness”, according to the Death Penalty Information Center.

Despite the Court’s position, both The American Psychiatric Association and the American Bar Association have come out in support of a ban on the death penalty for those with severe mental illness.

Arizona man set to be executed despite concerns over his mental health
Clarence Dixon, 66, is scheduled to be put to death at a state prison on Wednesday morning