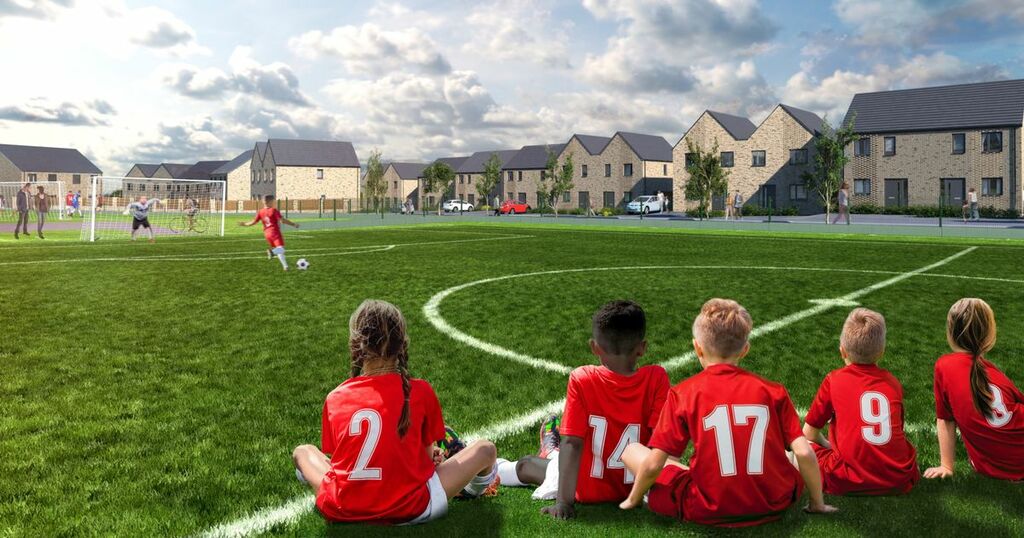 A beloved field described as the “last open space in West Denton” will be lost to a new housing development after contentious building plans were backed by councillors.

Newcastle City Council granted permission for 45 homes to be built on the popular land next in Hillhead Road, in the outer west of the city, at what descended into an ill-tempered hearing on Friday morning.

The authority’s planning committee voted by a margin of seven to one in support of the proposals from developers Tolent and Karbon Homes, despite an outcry from locals.

There have been protests about the site’s future since 2019, with residents demanding that the council reinstate the land to its former state as a football field and replace a demolished skate park.

But, despite the backlash, builders now look set to push ahead with the development, which also includes a children’s care home and two new sports pitches that were added into the design following residents’ concerns.

Former city councillor Brian Moore pleaded with the committee to protect the field on Friday, calling it “the last open space in West Denton” and asked why 45 new homes were needed when Newcastle has more than 4,000 empty properties.

He also claimed that the fact the council had already built a road junction to access the future development was evidence that a decision had “already been made” long before this week’s verdict.

Mr Moore, who spoke on behalf of the Save the Field campaign, was then forcibly removed from the civic centre meeting having refused to yield once his allotted five minutes of speaking time was up.

Coun David Cook, who chaired the meeting on Friday, expressed anger that the building of the access road “undermines the openness and transparency” of the council’s planning process – with local authority officers then telling councillors that those works had not required planning permission and were “not relevant”.

Denton and Westerhope councillor Tracey Mitchell, of the Newcastle Independents party, also spoke in objection to the scheme, complaining that her area had been “betrayed” by the council and that children “want somewhere to play, they deserve somewhere to play”.

Coun Mitchell said: “Newcastle Council is constantly talking about becoming a cleaner, greener, and more sustainable city – this is not what the residents feel in the outer west as we lose valuable space to more housing.”

She also raised worries about the possible presence of carcinogens in the land, after a report found it held “potentially unacceptable risks” to human health.

Committee members also expressed concerns about that prospect, but concluded that any problems would be covered by legal conditions placed on the developer to remediate the site.

Tolent’s Harry Bell said the new estate would be an “asset to the area and of benefit to the wider community”.

He told the committee that affordable housing would help working families in the outer west who are struggling to run a household at private market rents and that the children’s home would give a “caring, supportive, and welcoming home” for up to four young people.

Mr Bell also pledged that the new sports pitches, which will be maintained by the council, would be designed to a high standard and include a drainage system that means they can be used all year round.

The committee had also been due to consider an application relating to fenced-off playing pitches to be built at the Newcastle Great Park, as part of previously approved plans for 1,200 homes and new schools on the massive development site.

SNW campaigners, who have long been vocal opponents of the Great Park and its impact on the neighbouring Havannah Nature Reserve, had gathered outside the civic centre ahead of the meeting to protest the plans.

But a decision had to be deferred as the meeting was cut short by “uncomfortable” committee members, due to Covid concerns following news of a positive test from one city councillor.

A council spokesperson said: “We are currently aware that one person who attended Wednesday’s council meeting has subsequently had a positive Covid test. There are no other confirmed cases as far as we are aware and we expect risk of further infection to be low if the measures we put in place were correctly followed.

“We expect the two applications not heard today will be considered at the next scheduled meeting of the planning committee on February 4.”