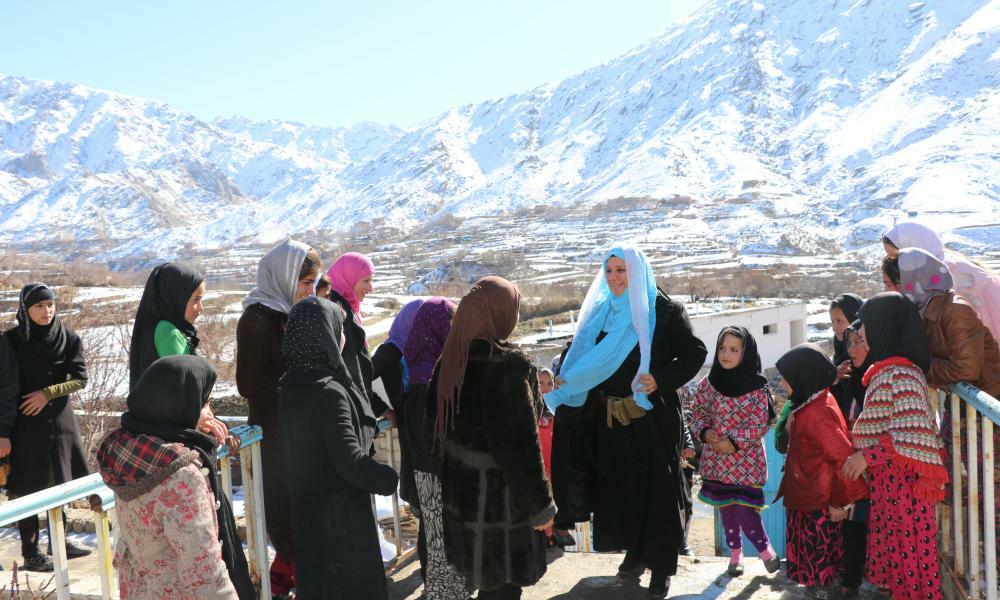 Afghanistan’s Panjshir valley is facing a humanitarian crisis, with families trapped inside the narrow valley without enough food or medical supplies, and cut off from the outside world as the Taliban attacks the last holdout to their control of the entire country.

Afghan-Australian Mahboba Rawi – the “mother of a thousand” who has for decades run Mahboba’s Promise which houses, educates and supports thousands of Afghan widows and orphans - traces her ancestral home to the famously redoubtable valley, and said under Taliban besiegement, the people of Panjshir were suffering.

“People are trapped inside the valley, they don’t have any food, any electricity, there is no communication. It is a humanitarian crisis, and there is the risk of a genocide.”

Rawi has family members currently trapped in the valley, but said she has had almost no communication with them.

The Taliban has cut internet and phone connections as well as setting up road checkpoints. The 115km-long Panjshir valley, north of Kabul, is flanked by snow-capped mountains up to 4000m high, with the only passable exits at the south and north of the valley.

“We know there is fighting is going on, there have been many deaths, but there is the humanitarian crisis too, in the villages in the valley,” Rawi said. “There is no food for the women and children left behind while the men are fighting, resisting the Taliban. We hear stories of families sharing a tiny piece of bread, or surviving on berries. The children are suffering, they are malnourished.

“I call on the international community, on the United Nations, to intervene in the Panjshir valley, don’t let the people suffer, don’t abandon the people of Panjshir.”

Rawi, an Order of Australia medallist for international humanitarian aid in Afghanistan, told Guardian Australia she is “not a political person”, and that she simply hoped for peace. She said humanitarian supplies needed to be allowed in, possibly from neighbouring countries such as Uzbekistan and Tajikistan.

“This is a proud province, the people of the valley fought against Russia, they are fighting against the Taliban. It has been 50 years of war, the third generation is now fighting. People are so sick and tired of war, they don’t want to experience what they are experiencing now. And the world cannot ignore what is happening in Panjshir.”

Panjshir, a small, multi-ethnic, and mountainous province, is home to about 170,000 people, who live mainly along the Panjshir River that runs south-west through the Hindu Kush mountains towards Bagram.

Famously resistant to invasion – due in equal parts to its fierce topography which acts as a natural defence against incursion and to the tenacity of its warriors, the province’s Northern Alliance was led by Ahmad Shah Massoud, the “Lion of Panjshir”, who repelled Soviet invasion in the 1980s and the Taliban offensives of the 1990s. He was assassinated two days before the 9/11 terror attacks.

Reports from the valley say that while the NRFA has suffered significant setbacks from the Taliban offensive, it remains organised and committed to resisting.

The Taliban has claimed it has taken control of Panjshir, spokesperson Zabihullah Mujahid: “with this victory, our country is completely taken out of the quagmire of war”.

But that control is not total, sources on the ground say. In a voice message, Massoud said members of his family were killed during an overnight attack, and he urged continued resistance.

“I have a message to our people, whether they are inside the country or outside, I ask you to start a national rebellion for the dignity and freedom of this country,” he said.

“The resistance front will continue its efforts and will be with Afghans until victory day.”