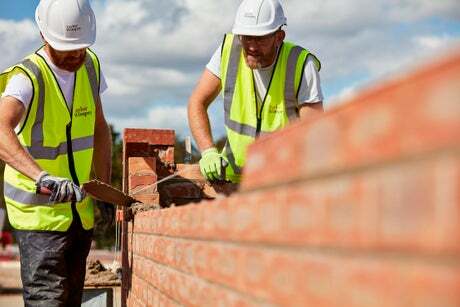 The cladding crisis is a national scandal and it’s right the Government has finally seen sense when it comes to leaseholders being asked to stump up.

But builders can also rightly feel aggrieved by today’s proposals. They have already had their pockets turned out twice in the last 12 months in relation to the issues. It is difficult to run a business when the Government is using it like a cash machine.

They deserve it, you might say. People have been suffering — and paying — as a result of the industry’s shoddy workmanship for years.

This is true in some cases. But scratch the surface and developers aren’t such pantomime villains.

Most builders were following Government regulations, which were deemed good enough at the time.

They bought materials certified as safe.

And in some cases, cladding was installed after construction.

The Government has accepted its role and pledged billions to sort part of the problem. But builders are footing this clean-up bill in the form of taxes and levies.

Where is the levy on those rogue traders who sold developers a pup? Or the cowboy contractors who worked on the properties long after builders had left?

Many developers have spent millions addressing the issues they are on the hook for. Now they feel they are being stuck with the clean-up bill for the mistakes of others.

Good luck finding a sympathetic ear for all this. Housebuilders are an easy target.

The industry has made out like bandits over the last decade thanks to Government sweeteners such as Help to Buy and the stamp duty holiday. Profits, share prices and executive pay packets have all soared. The public think it’s time for the fat cats to return the favour — they might have a point.