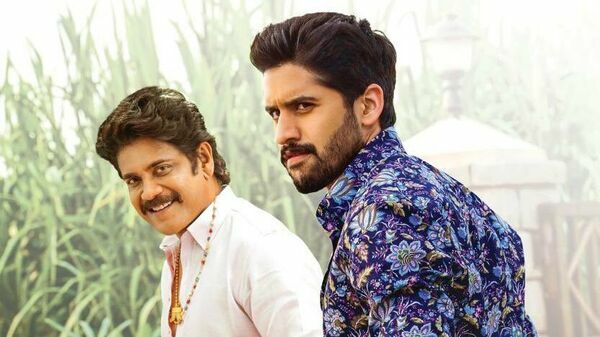 NEW DELHI : The Pongal weekend, considered the most lucrative for Tamil cinema, is muted for both southern and Hindi film industries this year.

Prabhas’ Radhe Shyam and Ajith’s Valimai, scheduled for this weekend, have been postponed, while the release of period drama RRR has been delayed indefinitely.

However, with surging covid cases delaying film releases as theatres shut in several parts of the country, cinema owners are looking at a subdued Pongal weekend, except for Nagarjuna’s Telugu film Bangarraju and a few smaller titles, including Hero, Rowdy Boys, Naai Sekar and Carbon.

Theatre owners said about 70% of their business has been wiped out due to the current restrictions.

The month of January, which usually can generate around ₹1,000 crore at the box office, should settle at ₹300 crore.

“With November and December auguring very well for the movie entertainment industry, there seemed to be a semblance of recovery. However, the third wave came unexpectedly and escalated rather quickly through the second half of December, resulting in tightening of rules across states one after another," said Ashish Saksena, chief operating officer-cinemas at ticketing portal BookMyShow.

The uncertainty has returned, with the industry back in wait-and-watch mode and several big-budget movies scheduled for the weeks leading to Pongal delayed.

“This is unlike 2021, where multiple, large-scale movies were released during the Pongal week, much before the second wave hit India and went on to perform incredibly well at the box office, including Master (Tamil), Krack (Telugu) and Red (Telugu)," Saksena added.

With the Hindi-speaking market completely shut, it is clear that this Pongal will not be able to replicate the success of the past two years, said Rajendar Singh Jyala, chief programming officer at Inox Leisure Ltd.

Even though southern language films are known to dominate during the festival, the past few years have seen success stories from Bollywood, too.

In 2019, Vicky Kaushal’s war epic Uri-The Surgical Strike had emerged as a surprise hit, making more than ₹244 crore at the box office. In 2020, Ajay Devgn’s Tanhaji had clocked in close to ₹270 crore.

“The only positive is that a few southern films are releasing. Something is better than nothing," said Jyala, who hopes restrictions won’t last beyond a month this time and that recovery will be faster since audiences have already demonstrated willingness to return to cinemas.

Independent trade analyst Sreedhar Pillai agreed that the weekend would be dull with many theatres not running all shows.

“This is the first time in the history of Tamil cinema that there are no big releases for Pongal," Pillai said.

Kamal Gianchandani, chief executive of PVR Pictures Ltd, said while the Pongal offerings seemed much more attractive until a few weeks ago, smaller films will now benefit with more shows and screen time in the absence of big releases.

Further, Telangana is still operating at 100% seating capacity, while others such as Maharashtra have retained 50% occupancies without shutting cinemas.

“What is more worrying is that consumer sentiment gets impacted," said Gianchandani, adding that many of these restrictions, including night curfews, are not new and may not impact much, but the negative news around the pandemic can be a deterrent.