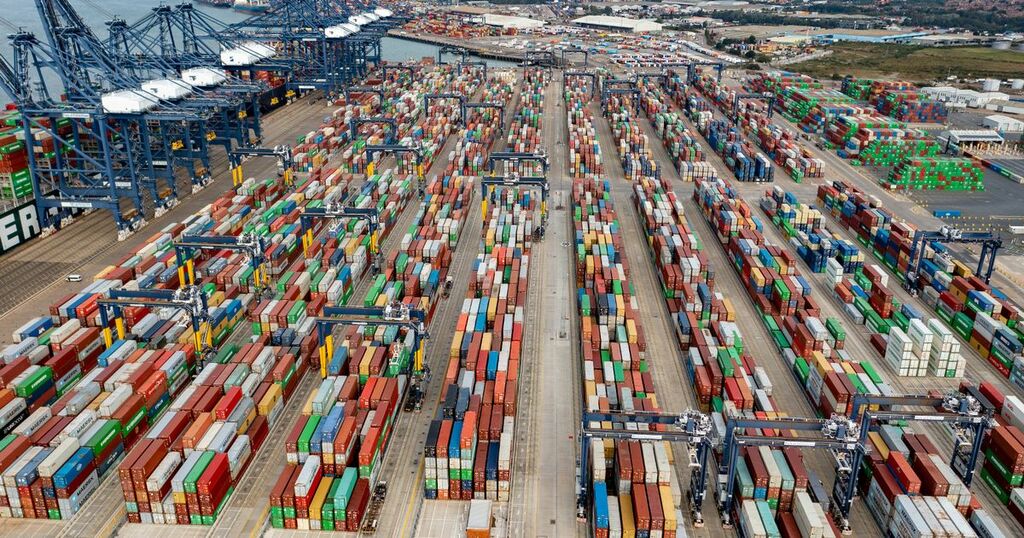 Brits face a toy shortage this Christmas after the UK's biggest container port hit maximum capacity and had to turn ships away.

Shipping giant AP Moller-Maersk has diverted vessels away from the facility in Felixstowe, Suffolk, and warned that the problem will continue until the new year.

The issue has reportedly been caused by a lack of lorry drivers, a spike in imports and Covid restrictions at ports combining in a 'perfect storm'.

Lars Mikael Jensen, head of the east-west network at Maersk, said containers are stacking up in Felixstowe because there are not enough drivers to 'get boxes out'.

Most imported toys come through the port, raising fears there will be shortages over Christmas, The Times reports.

Diverted ships are being unloaded at ports elsewhere, including Rotterdam, Antwerp and Bremerhaven, and are then transferred to smaller vessels to be transported to the UK.

The process is reportedly causing delays of up to a week.

Mr Jensen previously told The Guardian: "There is a shortage of truckers in the UK. Normally after four to five days the containers are out of the terminal and into a warehouse in Birmingham or wherever before coming back empty.

“The trouble is that now we don’t have the same speed of flow of boxes moving in and out. With fewer truckers on average it takes longer to get boxes out of the terminal, so they are left standing."

He also told The Times: "We had to stop operations on a ship because there was nowhere to discharge the containers."

Felixstowe is among the three worst affected ports in the world, Mr Jensen said.

One shipping boss told The Times: "I don't want to sound like a Grinch but there are going to be gaps on shelves this Christmas."

Mike Bowden, procurement manager at the shipping group Cory Brothers, added the port is so full of containers that new ones cannot be unloaded - and empty ones cannot be put back on ships.

The Department of Transport told The Times that the issue was not 'unique to the UK', adding that ports around the world are battling container capacity and supply chain issues.