Christine McGuinness came second during a challenge on the latest instalment of new ITV show The Games.

The programme sees celebrities compete in a series of athletic events after undergoing 12 weeks of gruelling training. The 12 familiar faces will go head-to-head in a range of sporting challenges, across a week of live shows amidst fierce competition.

Hosted by Holly Willoughby and Freddie Flintoff, the show sees contestants pulled out of their comfort zones to be coached as athletes, swimmers and cyclists, to compete in the hope of coming top of the medals table and being crowned the winner of the competition.

READ MORE: Christine McGuinness sobs on The Games as she makes confession

Thursday's episodes saw the celebs take on a velodrome race, using purpose-built bicycles. Competitive as ever, Chelcee Grimes flew off as the race got underway, but it meant bad news for one of her competitors.

As Chelcee pushed ahead, she knocked into Christine McGuinness' bike and almost knocked her seat off. After the race, which Chelcee won, she said: "I felt bad the whole way because of the start, I was so in my own head about getting out quick because I felt like I was quite far down the pecking order.

"But, obviously, I took Christine out. Christine, I'm so sorry." An unimpressed looking Christine told presenter Alex Scott: "My seat has been wonky the whole way round the track. I couldn't sit straight.

Fans were quick to slam the show as "unfair" over what happened. Taking to Twitter, Amanda Ollerenshaw said: "Christine should be given the chance to race against Chelsea again seeing as it was Chelsea’s fault falling into her bike and causing the seat to come lose."

Steffi said: "Surely they should do the race over? Bit unfair on Christine". Joel W said: "Woman's cycling was a false start. They should have all been stopped and started again. Christine would have won if her seat hadn't moved when she was knocked off!" 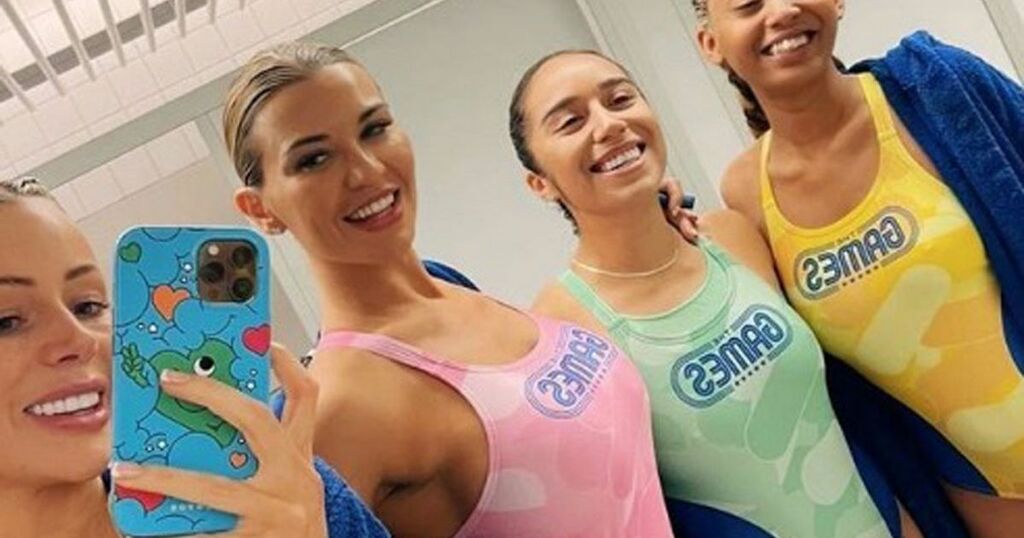 Christine McGuinness is among the competitors on celebrity sports show The Games which began on ITV last night, with the…