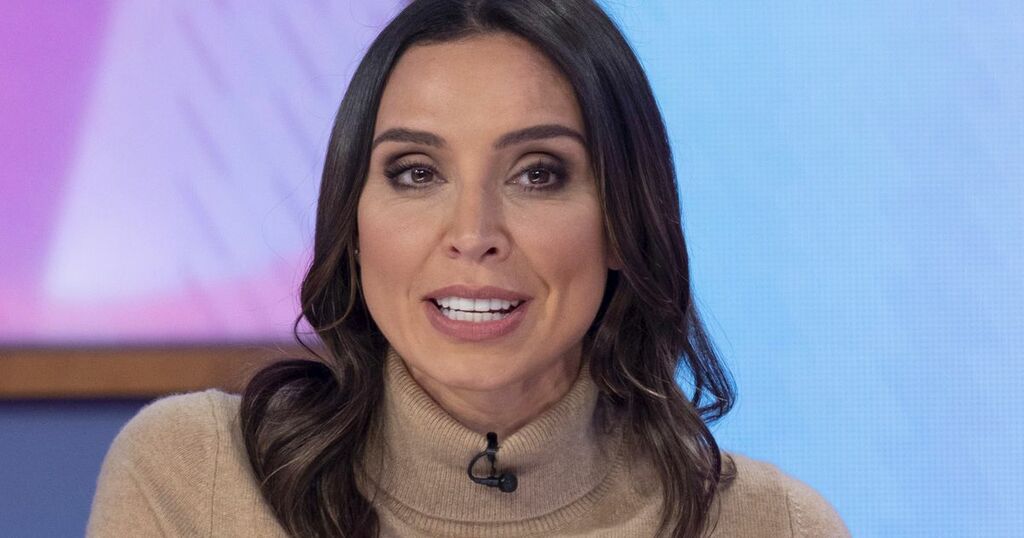 Christine Lampard and her stepdaughter Isla looked the spitting image of each other as they spent quality time together on Thursday.

The 42-year-old TV presenter enjoyed a night with her husband Frank's second daughter, 14, who he shares with his ex Elen Rivas.

During their outing, the pair wore matching long black trench coats which featured chain detailing at the back.

"Twinning with my not so little anymore stepdaughter!" she wrote alongside the photo.

Christine and Isla had a drink together as they made the most of their girls' night.

As well as Isla, the Loose Women panelist is step mum to Frank's daughter Luna, but the couple are also proud parents to daughter Patricia, two, together.

Patricia is named after Frank's mother who died in 2008 aged 58. Christine gave birth to her second child with Frank, a son they named Freddie, in March 2021.

Speaking about her children last year, Christine exclusively told us: "Patricia is very funny, she’s at that toddler stage where everything she says is just really funny. We giggle a lot with them which is a nice thing and she’s got an answer for everything!

"I don’t know where they pick up these words from? Yesterday we were having our dinner and she said, ‘Mummy this is awesome!’ I never say awesome, she’s got it off the telly obviously. And she really meant it, she had it in the perfect context and everything.

"I thought, ‘This is it now. This is the stage where they start really soaking everything up!’ They make us smile on a daily basis right now.

"Patricia does enjoy being a big sister, there’s lots of singing of lullabies and she sort of throws toys at Freddie because she thinks she wants to help him. She’s really taken to it well."

And on what Frank is like as a dad, Christine said: "He’s very, very good - he’s brilliant. He loves telling stories so he’s been doing bedtime stories with Patricia. He’s great at doing the active stuff like, ‘Let’s get a ball and kick a ball around’ and I’m doing all of the other stuff.

"It’s a good balance between the both of us. It’s a lovely thing to watch, him and Patricia having a giggle over football. It’s been really, really nice having him at home."