Christie steps out of Trump’s shadow — and stokes 2024 buzz 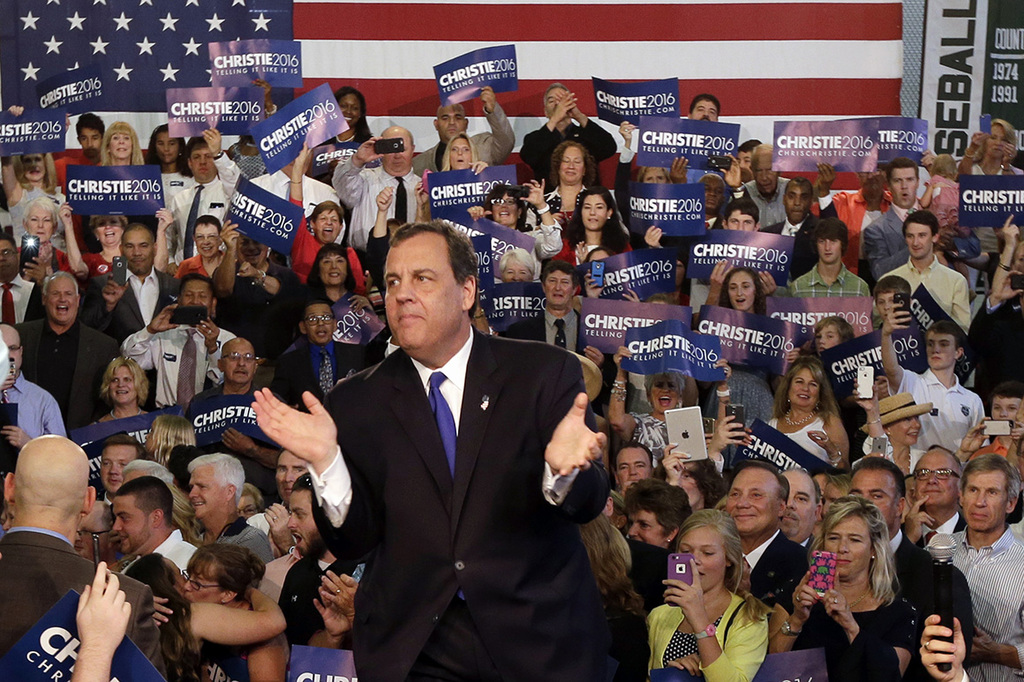 Former New Jersey Gov. Chris Christie is launching a comeback tour as he considers whether to mount a 2024 presidential bid that could put him on a collision course with Donald Trump.

The former governor is set to deliver a Thursday evening speech at the Ronald Reagan Library in Simi Valley, Calif. — a traditional waystation for GOP presidential aspirants — as part of a speaker series the organization is hosting that focuses on the future of the Republican Party. The high-profile appearance comes as Christie intensifies his political activities ahead of the 2022 midterm elections, with a book on the way, a new perch helping the GOP raise money, and plans to help the party flip control of the House next year.

While Christie told POLITICO in an interview that his speech would not be focused on Trump, he plans to stress that Republicans “first and foremost” need to be “the party that’s perceived to be telling the American people the truth” — perhaps an implicit critique of the former president, who according to his own pollster’s post-election autopsy was regarded as less trustworthy than Joe Biden. Christie’s remarks would represent the latest turn in a long and winding relationship with Trump, whom the ex-governor staunchly supported in the 2016 campaign but forcefully denounced in the waning days of his presidency.

Now, the two-term former governor is moving on after Trump’s 2020 loss. Christie — whose forthcoming book is titled “Republican Rescue: Saving the Party From Truth Deniers, Conspiracy Theorists, and the Dangerous Policies of Joe Biden” — said he would also speak Thursday about “where we have to go as a party if we’re going to be able to win back the voters that we so clearly lost in 2020.”

Thursday’s appearance represents a homecoming of sorts for Christie, who at the height of his popularity a decade ago spoke at the library at the invitation of Nancy Reagan, as prominent Republicans clamored for him to enter the 2012 presidential race. Christie ended up passing that time before waging an unsuccessful 2016 campaign. The turn of events has led many Republicans to believe that Christie — who was tarnished by the 2014 “Bridgegate” scandal, in which his associates retaliated against a mayor by closing the lanes to the George Washington Bridge — missed his moment.

But the 59-year-old Christie is still nursing presidential aspirations — and has said he is undeterred by Trump, who would be the strong favorite for the party’s nomination should he run again. Unlike Haley, who has said she will not run if Trump does, the former governor has insisted that Trump’s decision has no bearing on what he chooses to do.

“This isn’t like a bet where you go, ‘Well, let me look at my odds and based on my odds do what I should do or not do.’ To me, that’s cheapening the presidency to look at it that way,” said Christie, who added that he and Trump had not spoken about the 2024 race.

“It seems to me that if you want to be taken seriously as a presidential candidate, any other position diminishes you, because you’re saying somehow you’re less ready than someone else,” said Christie, adding: “I don’t think that’s the way it works.”

The declaration has surprised some Republicans, given the closeness of Christie’s relationship with Trump. The former governor was a prominent outside adviser during the Trump administration and was a top candidate to be chief of staff. He was offered a wide variety of positions in the administration, declining all of them.

But as the Trump administration wound down, Christie made his criticisms known. He had harsh words for Trump in the aftermath of the Capitol riot, accusing him of “violat[ing] his oath and betray[ing] the American people” and refusing to rule out the idea that Trump’s Cabinet should have invoked the 25th Amendment and removed him from office. The condemnations have rankled some members of the Trump family, according to a person familiar with the dynamic.

Christie said he had always been transparent about his disagreements with Trump before going public with them, the one exception being Jan. 6, when he tried and failed to get the then-president on the phone. The former governor went on ABC that day to call on Trump to ask the rioters to leave the Capitol.

Like other 2024 prospects, Christie is throwing himself into 2022 midterm campaigning — a time-honored way of raising a political profile and generating goodwill inside one’s party. The former governor is expected to help congressional candidates including Matt Mowers, a former Christie aide running in New Hampshire, the first-in-the-nation primary state he made the focal point of his 2016 presidential bid.

Christie has also been tapped to spearhead a fundraising program aimed at helping Republicans in gubernatorial races — a position that will give him access to the party’s top donors. And in May he participated in a Texas donor retreat organized by former George W. Bush adviser Karl Rove, which also drew other potential 2024 hopefuls.

As he ponders a White House bid, Christie said he wasn’t looking backward to 2012, when he turned down entreaties to run for president from high-profile Republicans ranging from Nancy Reagan to former Secretary of State Henry Kissinger.

“I don’t have any second thoughts about it. I made the decision not to run for president in 2011 because I wasn’t ready to be president,” Christie said. “And so I couldn’t envision myself going out there and asking for people’s vote and for their money when in my heart I didn’t believe I was necessarily ready to be president.”