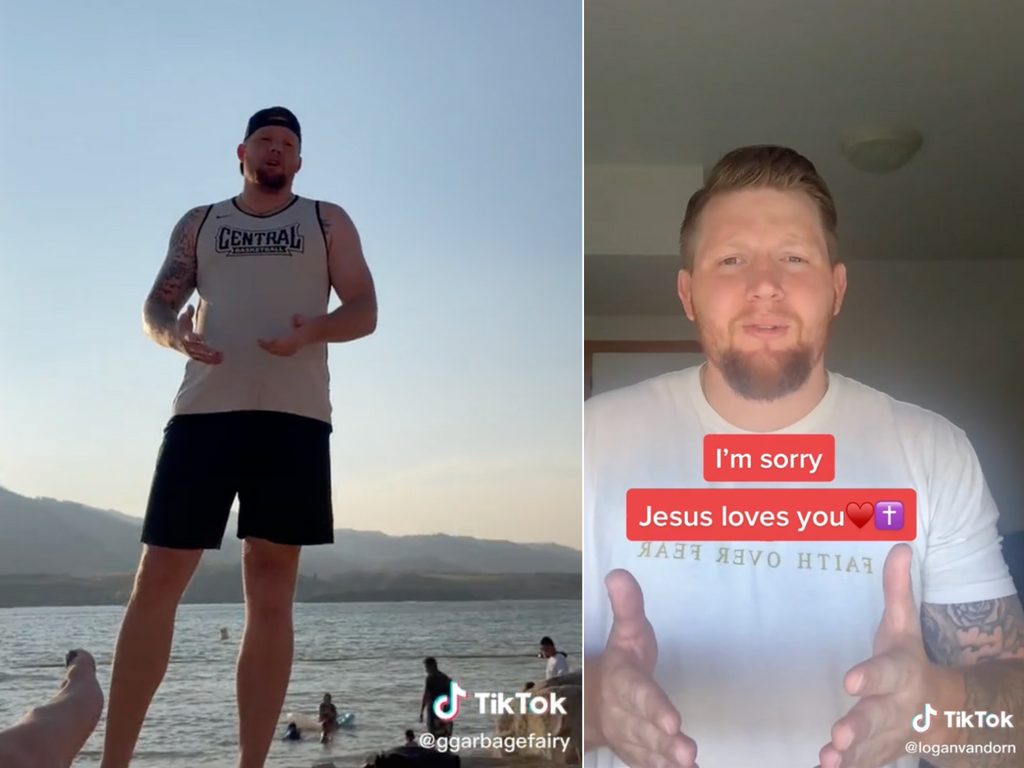 A Christian man who body-shamed a group of women for wearing bathing suits on the beach has apologised for his actions.

Logan Dorn went viral for all the wrong reasons after being filmed approaching the women on a beach in Colorado.

The original TikTok, posted by @ggarbagefairy has been viewed 7 million times and shows Dorn comparing the women’s bathing suits to “pornography”.

(WARNING: These TikToks contain language that some might find offensive)

In a now-deleted TikTok made after the incident went viral, Dorn attempted to explain his actions, saying he was overcome with “righteous anger” and a “boldness by the Holy Spirit”.

At the time, he refused to apologise for what he had done and suggested that the women were harming “young eyes” because of what they were wearing.

A video by TikTokker @taramarri which has been viewed 2.8 million times confirmed that Dorn has now been fired from his job at a Christain construction company.

Dorn’s employer, Mighty Hand Construction, launched an investigation into his actions and appeared to disagree with him as the investigation led to “immediate termination”.

In a post on the company’s Facebook page, it said: “Today information was brought to our attention that one of our employees, Logan Dorn, was accused of harassing a group of individuals over the weekend in Northern Colorado.

“We began an investigation this morning which has resulted in the immediate termination of Mr. Dorn.

“Mighty Hand Construction does not condone Logan’s behaviour in the videos, nor do his actions reflect our values as a company.

“Mighty Hand strives to be a place of business where all are treated with utmost respect and acceptance, and actions by our employees which go against those values will not be tolerated.”

Now, Dorn has apologised to the women he harassed in a TikTok but has said that he would do it again.

Dorn said: “I’m sorry, I apologise. I repent. I’m sorry the way I came off as judgmental, or angry and condemning.”

But, he continued: “If I could do it over again I really would. I really believe God did call me to come and speak to you guys.”