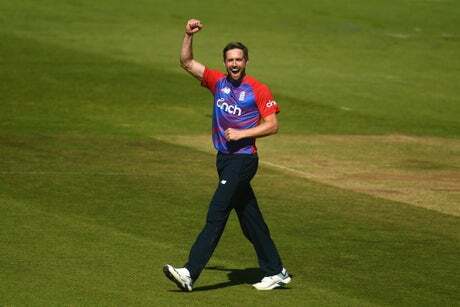 Chris Woakes has expressed his pleasure that greater clarity has been achieved over the Ashes, but insists that the looming Test challenge in Australia is not yet a focus as he bids to help England to a white-ball double at the T20 World Cup.

Woakes is one of five players in both England’s World Cup and Ashes squads. He withdrew from the IPL, allowing him more time at home and to play a part in Warwickshire’s title triumph, but is still looking at three-and-a-half months away from home.

The seamer says the T20 tournament will get the all-formatters’ undivided attention for the next few weeks, admitting that he has not even thought about bowling with the infamously lifeless red Kookaburra ball just yet.

“I don’t yet – I am sure the management do, I don’t have a personal collection,” he said from the T20 team’s base in Oman.

“But we have a T20 World Cup to focus on and prep for, as soon as that is done and dusted our attention will shift.

“It’s exciting that there is an Ashes series around the corner…but there is a small thing of the World Cup first, so obviously I have my eyes firmly on that,” he said.

“We have a T20 World Cup to focus on and prep for and as soon as that is done and dusted our attention will shift. We have no choice, you don’t want to get to the end of a World Cup and think ‘I wasn’t fully engaged’.

“We have to give this our full attention – what is going on with the Ashes is on the back burner and with the people who are making the decisions, kind of dealing with that on our behalf. You can’t get too fixated on that.

“It is important we focus on the here and now. It is a great opportunity to win some silverware for your country. The Ashes stuff will have to be parked.”

The 32-year-old is yet to decide whether his young family will fly Down Under to join him for the Ashes.

“I have a young family and we are still not sure between ourselves whether we are going to travel as a family as yet,” he added. “There are still quite a few weeks to go before we make that decision. But at the same time, it would be nice to focus on the cricket at some point. We are all in that sort of boat at the minute. There is an opportunity to play out there and do something special.”

Woakes has returned to the T20 fold this year after six years away. Despite playing just 10 matches in a decade for England, he will have an important role to play with Jofra Archer, Sam Curran and Ben Stokes all absent in the seam-bowling department.

“I’d be lying if I said I thought I would get another go,” he said. “I hoped I might get another go, and I wasn’t thinking of retiring from that format, but I thought they might have moved on from going back to me. I’m just delighted to be sat here and to have the opportunity to play another World Cup.”