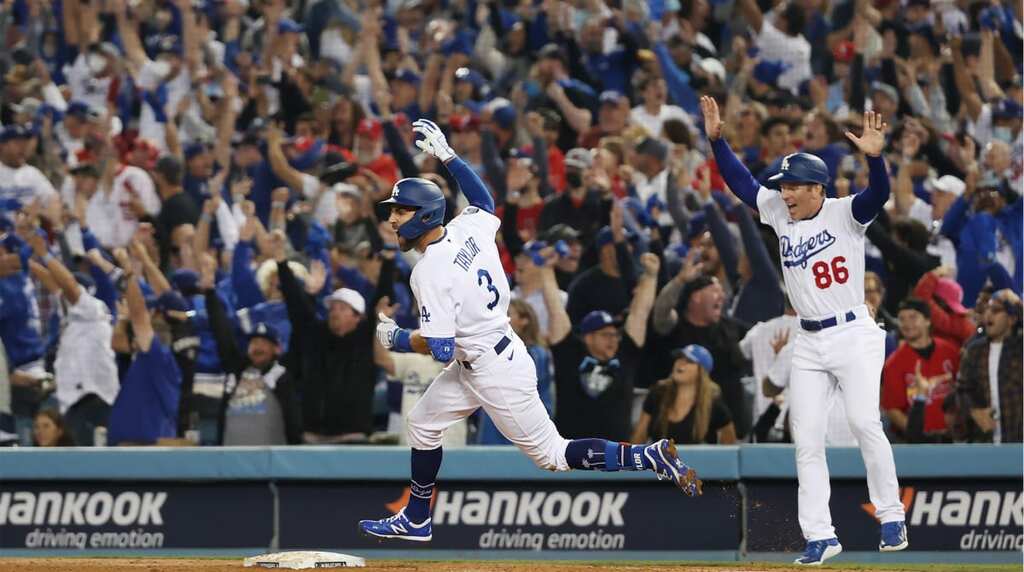 Chris Taylor singlehandedly kept the Dodgers' postseason dreams alive as he walloped a two-run walk-off homer into deep left field at the bottom of the ninth to beat the Cardinals, 3-1, in a tense National League wild-card game.

Per MLB Stats, the utilityman is the first player in franchise history to hit a walk-off in a winner-take-all postseason matchup.

"Let him have the bag," Taylor said when asked what he was thinking when Cody Bellinger stole second. "I was taking that pitch all the way. Let him get in scoring position. Once he got there, I was honestly just trying to hit a single, not trying to do too much.

"And he gave me a good slider to hit."

Max Scherzer made the start for the Dodgers, pitching just a little over four innings before heading to the bullpen. Los Angeles was down with two outs when Taylor stepped up to bat, and teammate Bellinger had managed to walk and steal his way to second base before Taylor brought it home.

The 31-year-old said, "I was trying to keep things small and big things happened."

Los Angeles will face the Giants on Friday night for Game 1 of the best-of-five NLDS —the first time ever the two will face off in a playoff series.