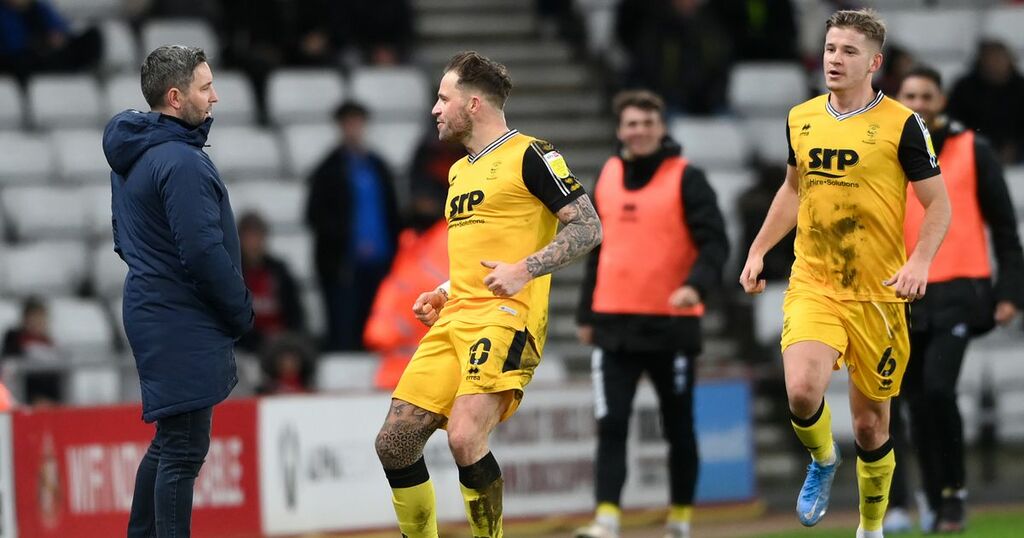 Chris Maguire enjoyed quite the night on his return to old club Sunderland.

The Lincoln City forward hit a hat-trick in a 3-1 win at the Stadium of Light. And he certainly let his old boss Lee Johnson know about it.

After scoring the opener Maguire ran half the length of the pitch to celebrate in front of Johnson, the man who sanctioned his departure from the League One club.

His long-range effort opened the scoring just after the half-hour mark and after initially muting his celebration out of respect for the home fans, he then made a beeline for Johnson.

Maguire would go on to score from the penalty spot after the interval, before completing his hat-trick late on.

Will Sunderland finally seal promotion back to the Championship this season? Let us know in the comments

It capped a miserable night for the hosts, who finished with ten men after Carl Winchester was sent off for his role in giving away the penalty.

And to make matters worse for Black Cats' chief Johnson, he was also shown red by referee Jeremy Simpson in stoppage time.

It came after a melee involving a clutch of players on the touchline.

Maguire spent three years at Sunderland, making 125 appearances in total. But towards the end of his spell he was sidelined by Johnson, featuring for just 85 minutes in the final 11 games as they chased promotion.

Speaking to Sky Sports post-match, Maguire said of his eventful night: "It was a build up of things.

"I thought I was hard done by in my time here - it didn't end the way I wanted to.

"I got a yellow card early on, and I looked over he [Johnson] was trying to get me sent off.

"It worked in the favour of us - because at the end of the day he's been sent up the tunnel. I can't tell you what I said but I think I did my talking on the pitch.

"It was just a bit of tongue-in-cheek for my last six months here. It ended badly for me.

"I hope the Sunderland fans are okay with me. I was getting booed but I've got nothing but admiration and respect for them. I loved my time here. I wasn't meaning to be disrespectful to them at all.

"I hope they can see from my point of view the way it ended for me here."

Johnson was much more coy on the incident involving Maguire.

He said: "It's not really for me to comment - you'd have to ask Maguire himself.

"When a player is at the club you pick an honest team, you don't hold grudges, and players sometimes move on which is part of the game.

"For me, you simply pick players - Embleton, Pritchard - based on your belief in those individuals.

"Today he [Maguire] has had his day, and good luck to him."

The result sees Sunderland remain second in League One, level on points with leaders Rotherham although the Millers have two games in hand.