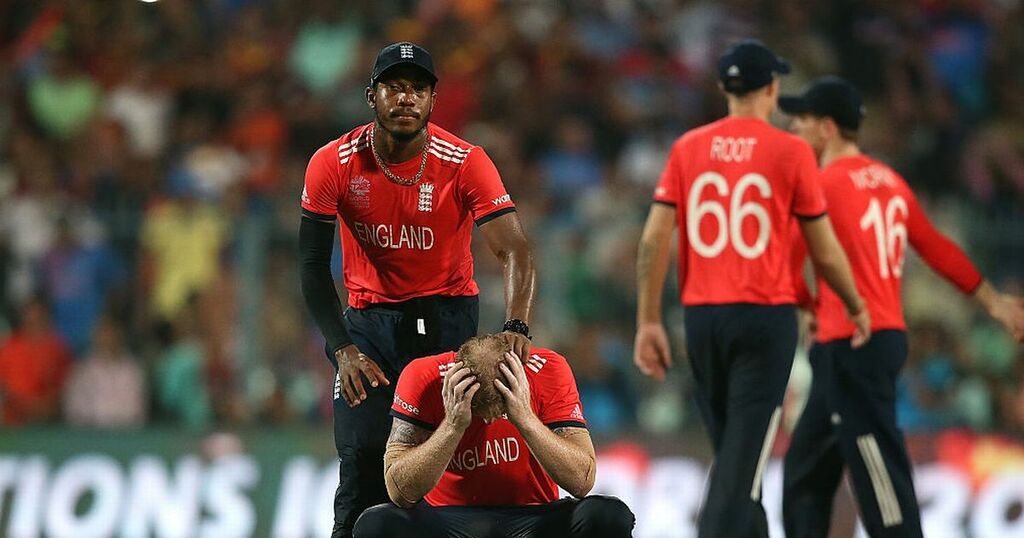 Chris Jordan has admitted he never allows himself to enjoy that winning feeling until the game is officially over after learning his lesson the hard way.

Jordan had got ahead of himself after bowling the 19th over in the World T20 final in 2016 and handing Ben Stokes the job of defending 19 from the last over.

Just like pretty much everyone else in the ground, he thought the game was as good as won, until Carlos Brathwaite popped up with four consecutive sixes to rip the trophy out of England ’s grasp.

It was the toughest of lessons for Jordan and his team-mates to learn, but he insists they have become stronger and wiser for it.

“We tend to have a laugh about it now,” Jordan said. “I bowled that over under what was quite immense pressure.

“When I bowled a dot ball on that final ball, it definitely did feel a lot closer than it ended up. That’s part of the learning, part of having that experience because having that feeling after that ball is something where I’ll never take myself to that place ever again.

“We definitely came out stronger for it as a unit and a team and I definitely won’t be thinking that way after bowling the 19th over until it is fully, fully over.”

As painful as that final over heist was for Stokes and England, Jordan is adamant the lessons learnt have been put to good use since then.

“One of the things that sticks out to me is how quickly that last over went,” he added.

“And then I remember going into a few games after that, when we did get in those situations a lot more, we just started to slow the game down a bit more just so that the decision making was much clearer.

“Then you saw that going into the 2019 World Cup. The team was on autopilot really, any situation you just saw the game started to slow down a little bit, and everyone came up with an informed and correct decision.

“The team, having been together for so long. The chemistry is there, the talent is there. All the ingredients are there for us to make a decent run in this campaign as well.”

Jordan is certain to be at the heart of the campaign too as one of skipper Eoin Morgan ’s most trusted lieutenants and as England’s highest ever T20 wicket taker.

The 33 year old’s experience and knowledge are invaluable to the side and he is happy to pass it on.

“On a day-to-day basis, I just try to lend a helping hand as much as possible,” He said. “And just be there for anyone who needs me really.

“I have had the privilege of seeing so many different surfaces and experiencing quite a few different things, so I try to bounce my ideas as much as possible at Morgy if he needs me.”