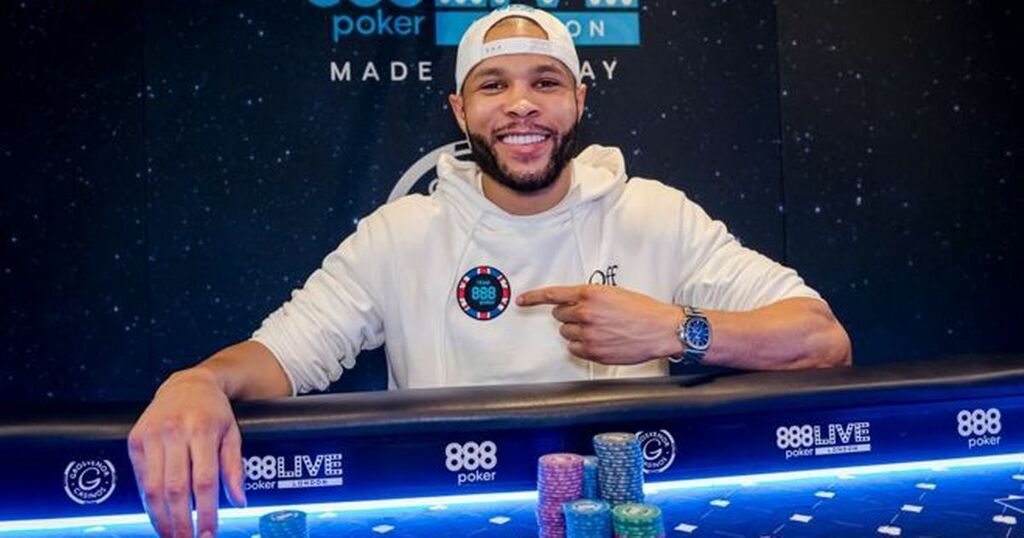 The British star has been an avid player of the sport, competing in online tournaments and cash games alongside his boxing career.

And he is confident he is the cream of the crop among the fighting fraternity.

“I played with Ryan Garcia in Vegas not too long ago, he was pretty good, still green but he did pretty well," Eubank Jr told Mirror Fighting after being named as ambassador for 888 Poker.

" David Haye I have played with him a bunch and I played in a charity tournament against Carl Froch.

“There is always that extra bit of competition and we as fighters underestimate it as all we do is punch people for a living. A lot of guys will try to bluff me a lot and make moves on me as they underestimate me and don’t think I will be that good.

“Aside from being a far superior player to both David Haye and Carl Froch it is fresh and I think I am a great fit so I want to get out there and show what I am made of.

“I like being under-estimated as it makes me play better the same as in boxing. All-action is the best way to describe my style in poker and the ring.

“The plan is to travel to places and play in big poker tournaments and it is something I am really looking forward to."

Eubank Jr has now been named as an ambassador for 888 Poker as he looks to continue promotion of the sport.

The British star will immediately switch focus back to his upcoming domestic match-up against Liam Williams in Wales on February 5.

After boxing was shut down for January in the UK as uncertainty continues around the coronavirus pandemic, the date was rescheduled for the new event with fans hoping to be in attendance.

Who will win next month? Chris Eubank Jr or Liam Williams? Let us know your prediction in the comments section below.

Williams and Eubank Jr have exchanged on social media frequently in the build-up to this event with high stakes as the winner plans to move on to a world title shot.

It was a frustrating 2021 for Eubank Jr who only entered the ring once after his signature with new promoter BOXXER.

But the British star is confident of securing a huge victory and setting alight his middleweight ambitions.

"2022 is going to be a massive year," Eubank Jr continued. "I have a big fight against Liam Williams and after I dispatch him I’m going to the world titles.

"It has been a long road for me and now I am back down at the lower weight in middleweight. I am ready to have a great year.

“I’ve remained professional by being in the gym and remaining focused. The setbacks and the rescheduling are something I’ve had to deal with in the past but I have been told February will happen and I am ready to go.”