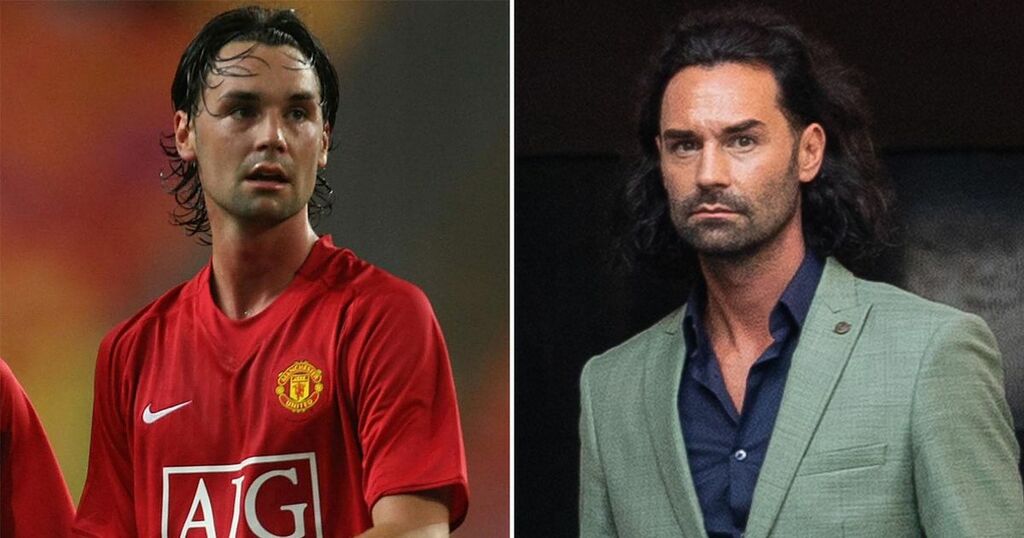 Once regarded as one of Sir Alex Ferguson's favourite prospects at Manchester United, Chris Eagles has endured a sad fall from grace after a stuttering end to his professional career.

Eagles, 35, agreed to terminate his contract with League Two club Oldham Athletic in January 2020 having spent 15 months as a free agent prior to his move to Boundary Park.

His winding career took him from Premier League hotshot to EFL journeyman, while he has now signed up for Alcoholics Anonymous (AA) after receiving a driving ban, his lawyer confirmed during mitigation.

Eagles made 423 club appearances but his career certainly didn't pan out as it was once expected to.

The Englishman arrived at Manchester United's academy in 2000 at the age of 14 and spent eight years on the Red Devils' books.

Eagles formed an integral part of a fearsome youth side which included the likes of Phil Bardsley, Tom Heaton, Gerard Pique and Giuseppe Rossi.

He previously likened his journey to that of David Beckham and claimed legendary manager Ferguson had a soft spot for him.

"Sir Alex Ferguson had a lot of involvement with me as a kid because he knew I’d moved away from home," Eagles told Ladbrokes earlier this year.

"I wasn’t too dissimilar to David Beckham in that respect because we’d both moved from London to Manchester as youngsters."

Eagles added: "Sir Alex had his certain players like me, Darren Fletcher and Kieran Richardson who he had soft spots for.

"If I was ever in trouble, he’d tell me off, though. I drove a car somewhere when I was 15 and Sir Alex found out about it and called me in his office. I was petrified.

Why did Chris Eagles fail to live up to his potential? Comment below.

"It’s the worst experience ever because you don’t know what he’s going to do. I can remember standing outside of his office, sweating, going red."

Eagles made his first-team debut for United in 2003 and would go on to make 16 more appearances, scoring against Everton in the Premier League in 2007.

But with four loan spells away from Old Trafford, Eagles never settled at United and his time with the club is also remembered for a fiery bust-up with then-captain Roy Keane.

Recalling the incident, former Red Devils defender Rio Ferdinand told Vibe with FIVE : "He (Eagles) went in late on Roy once or twice and Roy said to him, 'Listen, slow down'.

"The ball comes in again, Eagles was trying to impress, trying to leave his mark and left a little bit on Roy again and pulled his jersey. Roy just turned round and went bang in the jaw."

Eagles' time with United came to an end in 2008 when he joined Burnley for a reported fee of £1.2million.

He scored 25 goals during three seasons with the Clarets, helping them win promotion to the Premier League in 2009, before joining Bolton Wanderers two years later.

Eagles enjoyed a successful three-season stint with the Trotters but fell out with then-manager Dougie Freedman ahead of his departure, which was followed by short-term spells with Blackpool, Charlton Athletic, Bury, Accrington Stanley, Port Vale and Ross County.

The 35-year-old was handed a lifeline after 15 months out of the game as he signed a one-year deal with Oldham in 2019, but he lasted just six months before mutually terminating his contract.

Since his stint at Boundary Park, Eagles has split with fiancee Danielle Mitchinson, with whom he had two children, and began dating Hollyoaks star Jennifer Metcalfe.

But he rowed with Metcalfe while on holiday in Portugal this summer and the pair are spending time apart.

Eagles has been attending AA meetings since the break-up, while this week he was fined £1,250 and banned from driving for three months after he was found behind the wheel of his Audi almost three times over the alcohol limit shortly after 3:15am on 21 March.

Police arrived at Metcalfe's house to discover Eagles asleep in the £70,000 car - which was still running - shoeless and with socks hardly covering his feet having tried to enter the actress' property, according to lawyer Jeremy Spencer during mitigation.

The former footballer already had three points on his license for speeding and has been banned after tests showed he had 96 micrograms of alcohol in 100 millilitres of breath. The legal limit is 35mg.

Eagles will hope the offence does not hinder his hopes of breaking into broadcasting, where he will be able to share experiences from a career which spanned every level of England's professional game.