‘Chotaa sa Safar...’, a song about journeys and memories 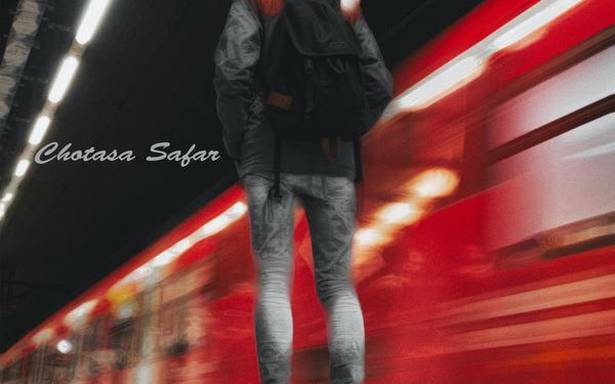 Music composer Manu Rajeev’s single ‘Purani Yaadein…’ is an earworm. The making of the nostalgia-loaded slow song earlier this year reminded Manu of why he became a musician. “This is the kind of emotional music that I wanted to make.” Another single, composed and sung by him, ‘Chotaa sa Safar…’ that dropped on his YouTube channel, Spotify and other platforms.

“It has been inspired by all the journeys — literal and symbolic — that I have made. While studying in Delhi, I used to make the two-day train journey back home to Thiruvananthapuram. In two days everything used to transition from one state to the next, not just geographically. Once the train was delayed for more than 20 hours; that too was an experience. During this time memories have been comforting spaces...a little bit of this has also inspired ‘Chotaa sa…’”

Manu was busy during the initial days of the lockdown since he had work to finish. “Once that was done, I had time on my hands since filming and recordings came to a standstill. That is when I had time to think about life, work, music. In the initial days of my career, I had made a Malayalam single ‘Etho Oru Neerthaa Sangeetham’ with G Venugopal. All that thinking led me to realise, and remember, why I chose music. It was to make music like that and not just compose for films or commercials or theme songs of clients. This kind of music is my job, but I want to make some that I want as well.”

He is the son of Malayalam painter/poet/short story writer Savitri Rajeevan. Ever since he moved to Delhi after his Class XII, in 2005, life has been hectic. Music was always part of his life, he was part of a music band when he was in school in Thiruvananthapuram, “I am the guy who sold his bicycle to buy a drum kit for our band,” he recalls. Though he enrolled in a fashion design course, he took a U-turn and returned to studying music at Delhi University.

After graduation, he landed a job with UTV. “I was doing some programming and stuff while in college. I did some work for UTV, which is how I landed the job.”

Five years later he quit that job to strike out on his own with a recording studio where he made jingles and promotional/theme music for government departments and State governments such as those of Orissa, Assam, Rajasthan, Gujarat and Chattisgarh and other clients. While in Delhi, he was also part of a band, Vishwamitra. His other projects include an album Aankhen and singles, ‘Valentino’ and ‘Butterfly’. His current projects are the Ting Tong series (Nickelodeon), animation series Fukrey Boyzzz (streaming on Netflix), Marathi film Fakt Ek Dach and Hindi feature film Surili.

In 2016, however, he moved to Mumbai since it offered more opportunities; he composed and sang for the film Sallu Ki Shaadi. Although he hails from Kerala, he has no plans to get into the Malayalam industry, “Right now I am here in Mumbai, work is here. But you never know, maybe sometime later. Life comes a full circle doesn’t it?” he avers.