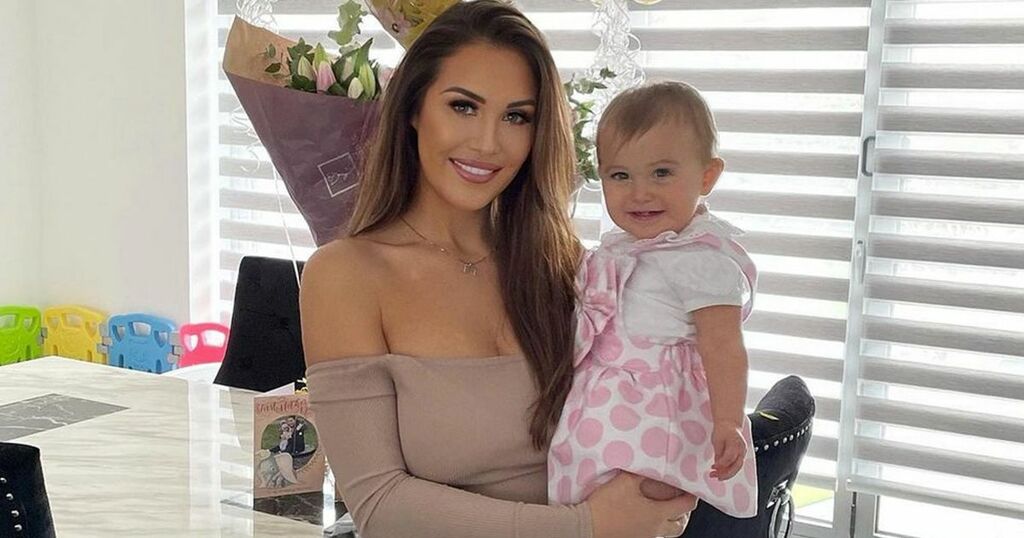 Chloe Goodman has announced that she is pregnant with her second child - but admits it will be her last.

The model, 28, and fiancé footballer Grant Hall revealed they are due to add to their brood in March next year, but they have been told by doctors it's the last time Chloe will be able to have a baby.

The route to motherhood hasn’t been easy for the reality star, but she admits she can’t wait to add to her family.

Speaking to Closer, she said the couple were "absolutely thrilled" with the news and she explained that she broke the news to Grant by putting their one-year-old daughter in a "promoted to big sister" top.

She confessed: "I can’t wait to have two children and for Isla to have a sibling.”

But she candidly admitted that this will have to be her last child as doctors have told her her body wouldn't cope with another pregnancy.

Chloe's pregnancy will again be classed as high risk following an operation she had in 2018.

Doctors discovered the star had high-grade 3 abnormal cells following her first smear test four years ago and it was feared they could have led to cervical cancer if left untreated.

Following a biopsy, she underwent surgery to remove part of her cervix and she was then warned that she had a higher risk of miscarriage or premature birth.

Last time she was pregnant with Isla she needed to have a cervical stitch put in at 14 weeks, before removing it at 36 weeks to try to avoid any issues. She will require the same procedure this time around too, but doctors say it would be too risky for her to have a third child.

She revealed: "They have to put the stitch higher up than it was with Isla because of the scar tissue and I don’t have much of my cervix left anyway, so I’ve been told I won’t be able to carry again after this pregnancy. This will be our last child.”

And she admits that the news came as a shock to her as she thought she'd be able to just keep having the stitch if she was pregnant.

However, she says she feels blessed to be able to have kids at all and says, while she will be grateful either way, the couple are hoping they have a baby boy.

"Knowing it’s our last, we’d absolutely love a little boy," she said. "It would be lovely to have one of each [sex] but we’re grateful either way to be able to carry a pregnancy."

And she admits that they will once again find out the baby's sex and plan a gender reveal.