A whistleblowing Chinese doctor who was reprimanded for “spreading rumours” about the coronavirus before it was officially recognised has died after testing positive for the virus, the hospital where he worked said.

Li Wenliang, an ophthalmologist at a hospital in Wuhan, the city at the epicentre of the outbreak, was one of eight people reprimanded by Wuhan police last month for spreading “illegal and false” information about the coronavirus.

The Wuhan hospital where Li worked said in a statement on its Weibo account that he died at 2.58am local time on Friday.

China was in mourning early Friday morning (Australian time) after the Global Times said Li Wenliang, the first person to report on the outbreak of a mysterious disease closely resembling SARS, couldn’t be revived.

Dr Li Wenliang, one of eight people who tried to warn about the novel #coronavirus when it first emerged in Wuhan, now the epic enter of the disease, but was reprimanded by local police, was proclaimed dead on Friday from the virus, according to the Central Hospital of Wuhan.

Even the World Health Organisation paused a coronavirus press briefing to express its condolences for Dr Li’s apparent death.

“We are very sad to hear the loss of Li Wenliang,” top WHO official Dr Mike Ryan said.

“We should celebrate his life and mourn his death along with colleagues,” he added.

It comes as the World Health Organisation warned it was too early to say whether China’s outbreak was peaking, as the country recorded its first day of a drop in the number of new infections.

The death toll from the virus in mainland China jumped by 73 to 563, with more than 28,000 confirmed infections inside the world’s second-largest economy (an increase of 4000 from Wednesday to Thursday).

Australia had 15 cases, with a fifth person diagnosed in Queensland from the same Wuhan travel group.

On January 12, Dr Li was taken to hospital after contracting the very illness he tried sounding the alarm about, only to be detained by police and accused of “fear-mongering” and “spreading rumours”.

Bedridden in an intensive care ward, the ophthalmologist became a symbol of the Chinese government’s systemic failings in trying to silence what quickly became a public health emergency.

It all began on December 30, when Dr Li messaged his fellow doctors in an online chat group, urging them to wear protective clothing after seven patients were quarantined for an unknown disease.

That disease reminded him of SARS, another type of coronavirus that killed 349 people on the mainland and infected about 1 in 10 people.

But little did he know those warning text messages would go viral and he would be summoned to the Public Security Bureau.

They subsequently detained him until January 3 after he agreed to sign a document saying he committed “illegal acts”.

Despite the police encounter, Dr Li continued treating patients until he eventually came down with the coronavirus.

He was taken to hospital on January 12 and confirmed to have the virus on February 1.

The coronavirus death toll has now exceeded that of the SARS epidemic in 2003, with government figures showing infections are soaring by more than 2000 daily.

“The whole country has responded with all its strength to respond with the most thorough and strict prevention and control measures, starting a people’s war for epidemic prevention and control,” Xinhua news agency quoted him as saying in a telephone call with Saudi Arabia’s King Salman on Thursday.

In Australia, diplomats are working with Chinese officials to allow another evacuation flight from Wuhan, as coronavirus continues to spread and take more lives.

But Prime Minister Scott Morrison says people should not assume further flights would be possible, whether from Wuhan or mainland China.

“DFAT (foreign affairs department) is now in the process of registering our intention to undertake a second chartered flight,” he told parliament on Thursday.

More Australian evacuees touched down on Christmas Island on Thursday after being flown out of Wuhan, the Chinese city at the epicentre of the outbreak.

The government is already making plans about what to do if the outbreak continues and the quarantine facility set up on Christmas Island reaches its 1200-person capacity.

Mr Morrison says defence officials are working to identify mainland sites to take any overflow, with hotels and mines as possible solutions. 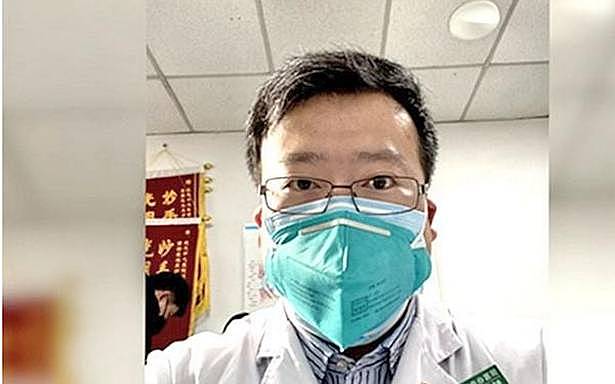 Chinese whistleblowing doctor dies of coronavirus
Li Wenliang, an ophthalmologist at a hospital in Wuhan, the city at the epicentre of the outbreak, was one of…

Hindustan Times
One subscription that gives you access to news from hundreds of sites
'Hero who told the truth': Chinese rage over coronavirus death of whistleblower doctor