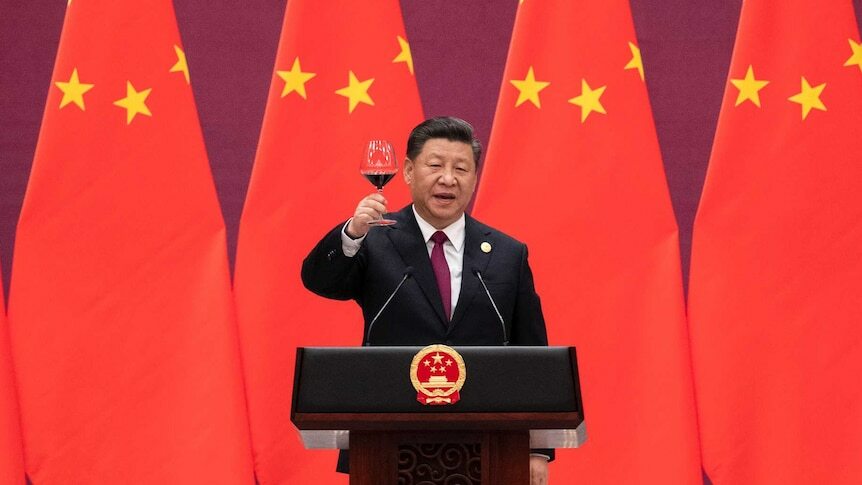 Experts say low-income households may welcome the move, but "political pressure" on companies could ultimately harm both the rich and poor.

This year, the Chinese government also launched its e-currency to weaken Alibaba's and Tencent's financial influence on the digital payment system.

Mr Xi has used the term "common prosperity" 65 times in his speeches this year alone, and called it the "original quintessence" of socialism.

The ultimate goal, he said, is to reduce the social inequality and wealth gap in the country.

Bloomberg reports that 73 of China's listed firms, both private and state-run, have told their shareholders they will be making contributions to "common prosperity".

The company said half of it would be used for "sustainable social value innovation", and the rest would go into social charity programs to contribute to "common prosperity".

Meanwhile, e-commerce giant Alibaba has announced it will invest the same amount by 2025 to support "common prosperity" in China.

In a statement, it vowed to "support the growth of micro, small- and medium-sized enterprises", "increase investments in technology to support the digitalisation of underdeveloped areas", and "enhance healthcare capability in less developed areas".

"Under the one-party regime, businesses are facing huge pressures," said Professor Yang Dali, an expert in Chinese politics at the University of Chicago.

"The very important one is the political pressure."

Dr Li Wei, a Chinese economy expert at the University of Sydney, said the social responsibility of Chinese firms was largely compliance-based and symbolic, driven by external top-down pressures.

She said traditionally, social responsibility was meant to be a voluntary act that companies are not legally obliged to do.

Professor Yang said it was crucial for China to let businesses do charity under the legal framework, rather than coercing them.

"Doing it under political pressure will make entrepreneurs feel unsafe in this political system. It will prejudice economic development in the long term."

The slogan "common prosperity" is a long-standing idea in the Chinese Communist Party (CCP).

It was introduced by the People's Republic of China's founding father, Mao Zedong, in 1955 to pursue a more egalitarian society.

The campaign caused tremendous economic damage and tens of millions of deaths in the resulting famine.

Han Wenxiu, deputy director of the Central Financial and Economic Affairs Commission Office, reassured citizens the Chinese government would not "rob the rich to help the poor".

He said the idea was not "egalitarianism" but "reducing the wealth distribution gap between the urban and rural areas and firmly preventing polarisation."

China is the second-largest economy in the world, but United Nations data shows that China's richest 1 per cent possess more than 30 per cent of the country's wealth.

"The low-income community shall welcome this idea," Professor Yang said.

Ye Tan, a Shanghai-based independent financial commentator, told the ABC that "widening the social wealth gap will cause social instability".

She said when a society polarised into rich and poor, it needed to readjust.

China, she added, "which has been flourishing and developing for more than 30 years", was hoping to avoid the wealth gap trap and expand its middle class.

She said China would adopt "the European way" in the future for pursuing an equal society.

"The direction would be high tax and balanced welfare."

Professor Yang said China was pushing to expand demand and increase consumption in the domestic market, so it had to ensure consumers "have enough money".

"China is an upper-middle-income country, while some regions are already high-income areas," he said.

That means it has to consider wealth distribution at this stage, he added.

"As China grows its economy and faces pressing social and environmental issues, the legitimacy of the CCP increasingly relies on not just GDP figures but also social coercion and overcoming the middle-income trap," Dr Li said.