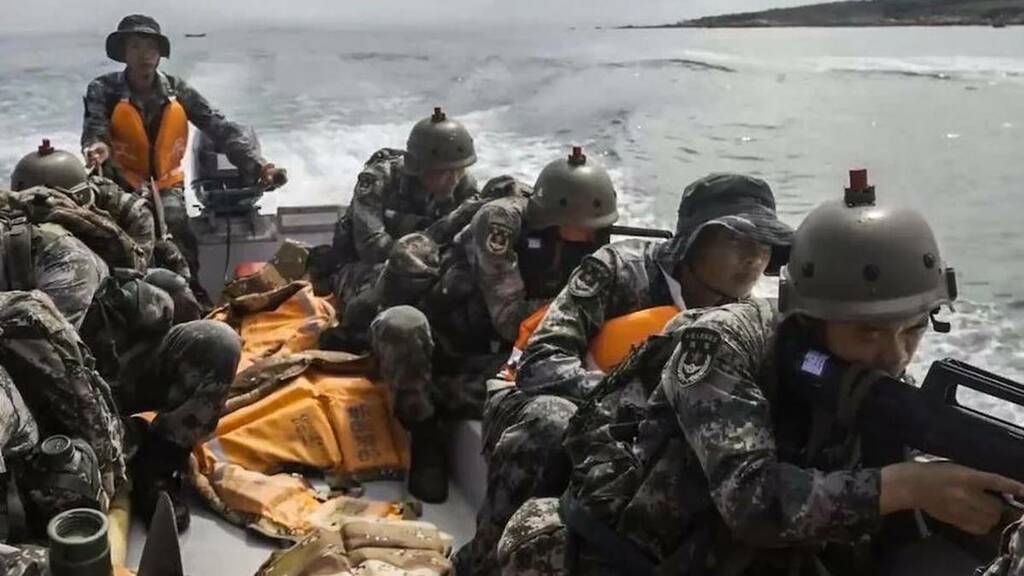 China's military has revealed it carried out beach-landing and assault drills "in recent days" directly across the sea from Taiwan.

Tensions between Beijing and Taipei have spiked in recent weeks, as concerns grow that China is preparing to mount a full-scale invasion.

The Chinese military did not explicitly link the drills to those tensions, but the official People's Liberation Army Daily newspaper said the exercise had involved "shock" troops, sappers and boat specialists.

In a short post on its Weibo microblogging site, it said the troops were "divided into multiple waves to grab the beach and perform combat tasks at different stages".

The exact timing of the drill has not been revealed, but the announcement comes on the back of a record-breaking upsurge of Chinese military aircraft, including nuclear-capable bombers and fighter jets, flying into Taiwan's air defence zone – the buffer area close to its sovereign airspace.

The Chinese Communist Party claims the island democracy of 23.5 million as its own territory, even though it has never ruled there and Taiwan operates as an independent country with its own government, foreign policy and military.

Fujian province, where the drills took place, would be a key launching site for any Chinese invasion of Taiwan due to its geographical proximity.

On Saturday, Xi vowed to pursue "reunification" with Taiwan and warned against efforts to seek independence. On Sunday, Tsai responded in her National Day address by saying Taiwan would not bow to Beijing's pressure.

Over the weekend, a row also broke out between Tony Abbott, the former Australian prime minister, and the Chinese government after he criticised China's human rights record under the "cult of the red emperor".

The Chinese embassy in Canberra hit back, calling Abbott a "failed and pitiful politician" and accusing him of a "despicable and insane performance in Taiwan".