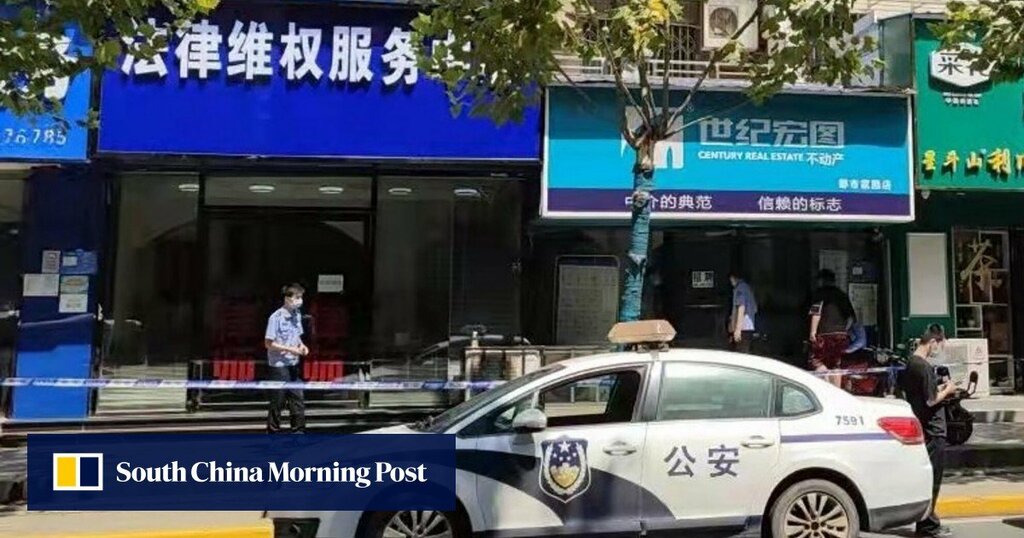 Police in the central Chinese city of Wuhan arrested a man on Monday for allegedly shooting a lawyer who acted against him in a commercial case a year ago.

The victim, Xue Weixing, a 30-year-old lawyer working for the Hubei Gaozhao Law Firm, was shot at his office in the Donghu New Technology Development Zone on Monday morning, the law firm said in a brief statement.

“Early this morning, the [alleged] murderer, who was dissatisfied because the court had ordered the auctioning off of his property in a civil case, shot lawyer Xue under the influence of alcohol, and fled the scene,” the notice said.

A police statement later identified the suspect by his family name Lei and said he was captured two hours after the shooting. Xue later died at the hospital.

The statement said Lei had admitted carrying out the shooting.

According to mainland media reports, the suspect was armed with a gun hidden in a tennis racket cover, and carjacked a BMW car to make his getaway after the shooting. Police tracked down the vehicle and arrested Lei.

The law firm’s notice did not give more details about Xue. But Chinese media said Xue was planning to get married and his girlfriend was at the law firm when the shooting occurred.

Police did not say what Lei’s motive was but a series of verdicts posted on China Judgments Online, an official database of court rulings run by the Supreme People’s Court, showed that Xue, acting on behalf of four clients, applied to the Wuhan Hongshan District People’s Court in May last year to seize assets, including 1.26 million yuan (US$19,550) in bank deposits, belonging to a man surnamed Lei.

Gun crimes are rare in China where the authorities exercise tight control over firearms.

The murder quickly drew a frenzy of posts on Weibo, China’s popular social media platform. A netizen, who wrote under the pseudonym “Moon River”, expressed shock: “Oh my God, where did he get his gun?”

Another one remarked: “I am horrified. Who dares to use guns in this day and age?”