‘China will be dealt with in a firm, resolute, peaceful way’ 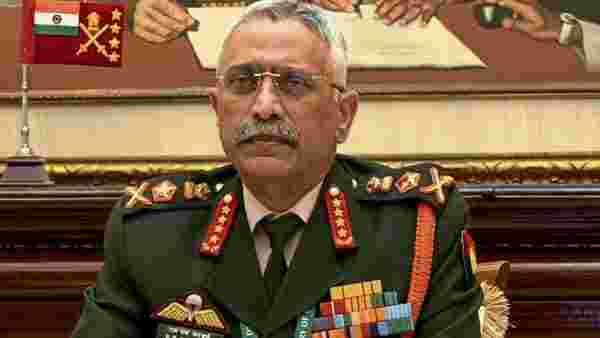 The Indian Army will deal with the People’s Liberation Army in a firm, resolute and peaceful manner, but if it comes to war or a conflict, India will emerge victorious, Army chief Gen. Manoj Mukund Naravane said on Wednesday.

While expressing hope that the ongoing dialogue with China will help resolve the border row in eastern Ladakh, where the two armies have been in a standoff for more than 20 months, he said the Indian Army was at its highest level of operational preparedness in the sensitive sector, and that the situation was under control.

“What happens and whether a situation escalates or not is difficult to foretell. But whatever we have done so far (deploying additional troops, weapons and infrastructure), we are in a position to meet whatever is thrown at us in the future. I can assure you that. War or conflict is always an instrument of last resort. But if resorted to, we will come out victorious," he said at the annual press briefing ahead of Army Day on 15 January.

Naravane was responding to a question on the possibility of an escalation in hostility along the Line of Actual Control (LAC) in Ladakh. “The situation is stable and under control. Talks are under way and there is always hope that through dialogue we will be able to resolve our differences."

Also on Wednesday, Indian and Chinese military commanders held their 14th round of talks to defuse border tensions at the Chushul-Moldo meeting point on the Chinese side of the LAC. The focus of the current round of talks is on resolving outstanding problems at Hot Springs or Patrolling Point-15.

Naravane was optimistic that the dialogue will result in a breakthrough in the LAC standoff, but said “it is unreasonable to expect every single round of talks to end with an outcome".

“The fourth and fifth round of military dialogue resulted in resolving the issue at PP-14 (in Galwan Valley), the ninth and 10th rounds helped resolve issues in the north and south banks of Pangong Tso and Kailash ranges, and by the 12th round, we resolved PP-17 or Gogra. We have to keep talking to each other to understand each other’s viewpoints and perceptions and the differences, and every time we talk, the differences keep getting narrowed down," he said.

The 13th round of talks had reached an impasse on 10 October, with the PLA not agreeing to suggestions made by the Indian Army. “In this series of talks, we are hope we will be able to resolve issues at PP-15 and, once that is done, we will go on to other issues (Depsang) that predate the current standoff. We are hopeful that those issues will get resolved from time to time," he added.

“So, there has been positive movement... But while there has been partial disengagement, the threat has by no means reduced. Force levels in areas where disengagement is yet to take place have been adequately enhanced," the army chief said. Despite three rounds of disengagement at friction points on the LAC, the two armies have deployed 50,000-60,000 troops each, besides advanced weaponry.

Threat assessments had prompted India to enhance military capabilities manifold along the LAC since June 2020 to ensure territorial integrity. “We have inducted additional troops and made infrastructure and billeting facilities for 25,000 extra troops who had gone into that area. These facilities also cater for any more increments that might take place. We will continue to deal with the PLA in a firm, resolute and peaceful manner, while ensuring the sanctity of our claims. Necessary safeguards are in place," Naravane said.