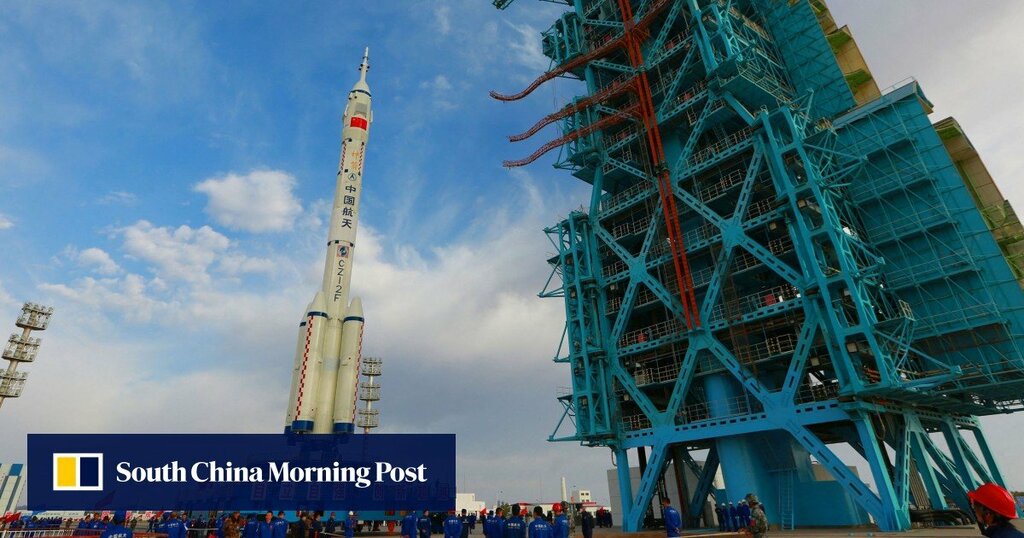 China is set to unveil on Thursday a younger team of three astronauts for its Shenzhou 13 space mission, which is expected to take off in its northwest Gobi desert shortly after midnight on Saturday.

The mission, which is planned to last for six months, will be piloted by Zhai Zhigang, 55, Wang Yaping, 41, and Ye Guangfu, 41, who were the backup crew of the recently completed Shenzhou 12 mission, said a source familiar with the mission plan. Wang will become China’s first female astronaut to work in its new Tianhe core module of the Chinese space station.

It will be the second space flight for Wang, who was a crew member of the Shenzhou 10 mission in 2013. Liu Yang, 43, who joined the Shenzhou 9 mission in June 2012, was the first Chinese woman in space.

“Barring no unforeseen circumstances, they (Zhai, Wang and Ye) will be on board Shenzhou-13,” said the source at Dongfeng space city in Jiuquan in China’s Gansu province.

A Long March 2F Y13 rocket will carry the three astronauts to the space station. Lift-off is now scheduled for the early hours of Saturday.

Zhai Zhigang, who holds the rank of major general, will serve as the commander of the latest mission as he is the most senior among the three. He was the first Chinese astronaut to perform a spacewalk in 2008.

Ye Guangfu, who took the European Space Agency’s cooperative adventure for valuing and exercising human behaviour and performance skills (CAVES) training in 2016, will be on his maiden space flight this Saturday. He speaks fluent English and is regarded as one of the key Chinese astronauts to host foreign counterparts when the Tiangong space station becomes fully operational.

Last Thursday, the China Manned Space Agency (CMSA) said the Shenzhou 13 spacecraft had been moved into position at the Jiuquan launch centre.

“The facilities and equipment at the launch site are all in good condition, and the various functional inspections and tests before launch will be carried out as planned,” the CMSA said.

In the next six months, the crew will verify how sustainable the space station’s technology is for long stays, conduct more spacewalks – the previous crew completed two – and to further test the space station’s robotic arm and their spacesuits, and carry out scientific experiments, according to CMSA.

The longer stay, which is part of the construction and technology verification phase of China’s space station project, was made possible thanks to the six tonnes of supplies, provisions, and equipment delivered by the Tianzhou 3 cargo spacecraft.

Shenzhou-13 will be CMSA’s last major launch this year for Tiangong construction. Two more laboratory modules are expected to be sent to the station so that the astronauts can carry out more experiments in areas such as space medicine and biotechnology.