China offers US$31 million in aid to Afghanistan 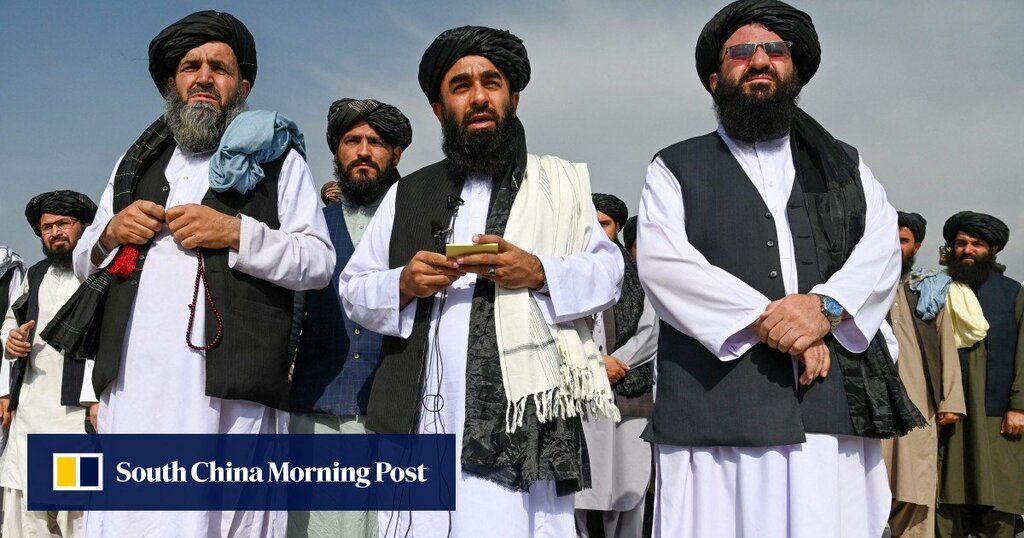 China announced on Wednesday that it would donate 200 million yuan (US$31 million) worth of aid, including food and coronavirus vaccines, to Afghanistan.

The commitment came on the same day that Beijing said it was ready to maintain communication with Kabul after the Taliban took “a necessary step” by naming an interim government.

Foreign Minister Wang Yi announced the donation in a meeting with counterparts from Pakistan, Iran and Tajikistan, Uzbekistan and Turkmenistan.

Wang said China would work with countries in the region to help Afghanistan rebuild its economy and society, as well as fight terrorist groups and the illegal drug trade.

The Taliban on Tuesday announced an all-male, ethnic Pashtun-dominated cabinet featuring senior figures notorious for their hardline rule in the 1990s and responsible for attacks against US-led international forces over the past two decades.

The militant group had promised to form an inclusive Afghanistan government – among the criteria that could gain the international recognition it needs to prevent an economic meltdown and food crisis.

Asked on Wednesday about China’s reaction to the Taliban’s announcement, foreign ministry spokesman Wang Wenbin said it was “a necessary step” but called on the Taliban to listen to different views domestically and internationally.

“The Chinese side attaches great importance to the Afghan Taliban’s announcement of an interim government,” he said. “This is a necessary step in restoring domestic order and moving towards post-war reconstruction.”

He said China was “willing to maintain communication with the new Afghan government”, and repeated Beijing’s call for the Taliban to cut ties with all terrorist groups, especially the East Turkestan Islamic Movement, which China says is behind past attacks in its western region of Xinjiang.

“We hope the new Afghan regime during the period of the interim government will listen to the opinions of all ethnic groups and factions in Afghanistan, and respond to the hopes of its people and the international community,” he said.

The interim government will be led by Mullah Mohammad Hassan Akhund, one of the Taliban’s founders, who is on a United Nations sanctions list. The interior minister will be Sirajuddin Haqqani, leader of the militant Taliban-affiliated Haqqani network, who is on the FBI’s most wanted list.

The group said the appointments were temporary but did not specify how long they would last.

US President Joe Biden said on Monday that the US was “a long way off” recognising the Taliban. The US State Department on Tuesday expressed concerns over the make-up of what was presented as a caretaker cabinet, noting a lack of female leaders and the troubling track records of some of those appointed to top posts. It said the US would “judge the Taliban by its actions, not words”.

China was among the first major powers to establish contact with the Taliban after it swept through Afghanistan and unseated the government following last month’s withdrawal of US troops.

The Chinese embassy in Kabul remains open, and its top envoy to the country has met senior Taliban officials. In the past week, Chinese assistant foreign minister Wu Jianghao has had a telephone call with Abdul Salam Hanafi, deputy director of the Taliban’s office in Qatar.

Taliban officials have described China as Afghanistan’s most important partner and pinned hopes on Chinese investment and support to rebuild the war-torn country.

But Beijing has yet to offer its formal recognition to the Taliban-led regime despite widespread speculation that it could step into the void left by the US in Afghanistan. China’s foreign-policy makers and observers have said that Beijing is likely to monitor developments cautiously and not rush to offer official endorsement.

Zhang Jiadong, an international relations professor at Fudan University in Shanghai, said that a lack of inclusivity would have a negative impact on China’s view of the regime.

“The core positions of the new government are all taken up by Taliban personnel, some of whom were in the last Taliban regime in the 1990s,” Zhang said. “We don’t see any former Afghan government officials or representatives of other groups in the major posts. The international community, including China, would like to see that the Afghan government is inclusive and can represent different factions and ethnic groups in the country, not just a Taliban government.

“If it’s only a Taliban government, it would be difficult for the Chinese government to deal with it. We have more reasons to recognise an inclusive government. I think China and the whole international community will take a wait-and-see approach and be in no rush to recognise the new government.”

Li Shaoxian, director of the China-Arab Research Institute at Ningxia University, said that how positions were filled indicated the “balance of power” within the Taliban, but some of the members subject to sanctions had them imposed long ago and had since had contact with the US.

“It is obvious that the US doesn’t regard the Taliban as a terrorist organisation,” Li said.

Li said the Taliban could still alter its provisional regime when naming a formal government, and the international community “should wait until the official government is established” before deciding whether to recognise it.

Sun Yu, a Eurasian security expert in Uzbekistan, said Beijing would assess policies more than faces in the new government.

“Since it is impossible to determine what policies the Taliban will implement and how the future situation in Afghanistan will evolve, the Chinese government is treating the new government with caution,” Sun said.

Yang Shu, former dean of Central Asia studies at Lanzhou University, said it was difficult to make accurate assessments of the Taliban leaders after their years out of power.

“But we can tell from the name of the country – Islamic Emirate – that it will be a country with a [totalitarian state], rather than a democratic constitutional system, and the specific appointments of the government are secondary,” Yang said, adding that the Taliban needed to adjust to changed circumstances.

“They should have realised that it’s impossible to govern this country as it did decades ago,” he said.