China taking the nuclear option in its drive towards carbon neutrality 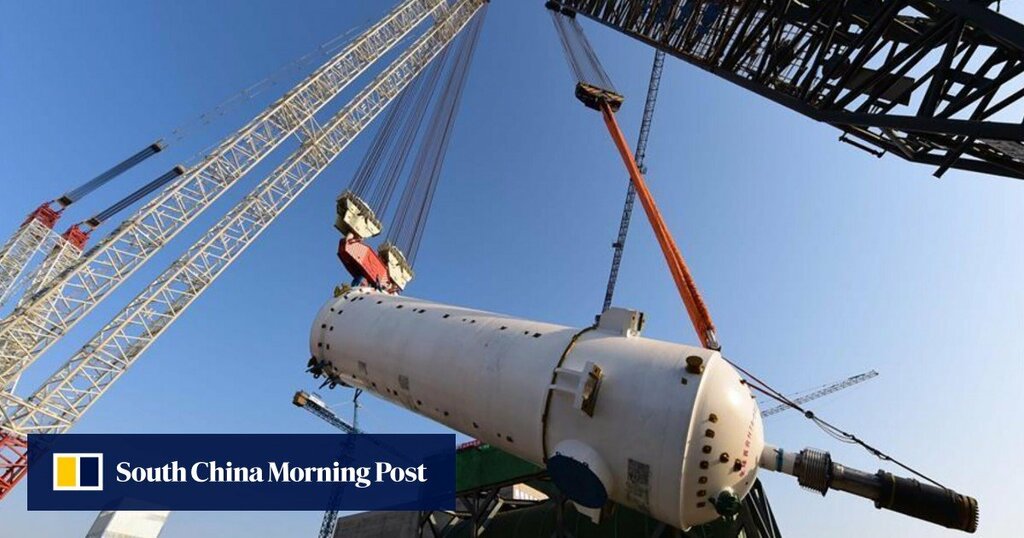 China says it is leading the world in nuclear power technologies, and it is expanding the sector as it seeks alternatives for coal-fired power generation and aims to become carbon neutral by 2060.

On Sunday, the world’s first high-temperature gas-cooled reactor (HTGR), at Shidaowan nuclear power plant in the eastern province of Shandong, achieved criticality – meaning it had reached the normal operating condition of a reactor.

Construction of the 200 megawatts (MW) project began in 2012. It will be connected to the power grid by the end of this year, according to China Huaneng Group, the lead organisation in the consortium building it.

The reactor has been fully developed domestically with Chinese intellectual property, and has features of fourth-generation nuclear technology, the group said.

Its successful operation could be a breakthrough for the industry and underscore China’s leading role in the field, according to energy experts and industry insiders.

“The Shidaowan HTGR is considered a fourth-generation nuclear reactor,” said Giacomo Luciani, scientific adviser for the master’s degree in international energy at Sciences Po Paris. “At 200MW of capacity, it is a relatively small machine, but its successful operation might be a major breakthrough. So we will all be watching with great interest.”

The fourth-generation nuclear power system is designed to be significantly more fuel-efficient and economically competitive, not generate long-lasting radioactive waste, and be safer by preventing radioactivity release accidents, according to Swedish research institute Energiforsk.

“There is no doubt that China is leading the world in nuclear technologies,” said Wang Yingsu, secretary general of the nuclear power branch of the China Electric Power Promotion Council. “It’s the most advanced technology and it’s unique in China.”

He said China was also the only country capable of mass-producing the third-generation reactors.

China is the third-largest nuclear power producer behind the United States and France, with 51GW installed capacity at the end of last year and 18.5GW under construction. In its five-year plan for 2021-25, Beijing called for promoting home-grown third-generation nuclear technologies and installing 70GW of nuclear capacity by the end of 2025.

Despite ageing nuclear plants being shut down in advanced economies, nuclear power is the second-largest source of low-carbon electricity, accounting for about 10 per cent of global electricity supply. The International Energy Agency predicted in 2019 that output of nuclear power would grow by 1.5 per cent per year between 2018 and 2040, but that its share of total power generation would fall slightly from 10 per cent to 9 per cent.

The role of nuclear power in China is more critical because of the dominant position of coal in China’s energy consumption, which stood at 57 per cent last year.

Needing to rapidly cut its dependence on coal to hit its carbon neutrality target, at the same time as increasing overall power generation capacity to meet growing energy demand, the country is pursuing alternatives in nuclear, hydropower and renewable sources.

But some experts have argued that nuclear power plants are not the best way to reach carbon neutrality, because they are costly and time-consuming to build.

“If we are to address climate change rapidly, as cheaply and equitably as possible, nuclear power would be low down the list of technologies you would choose,” said Antony Froggatt, a senior research fellow at London-based independent policy institute Chatham House.

“It is likely that China will continue to build nuclear power plants, but I think the vast majority of its decarbonisation will come from much greater energy efficiency and the even more rapid deployment and use of renewable energy.”