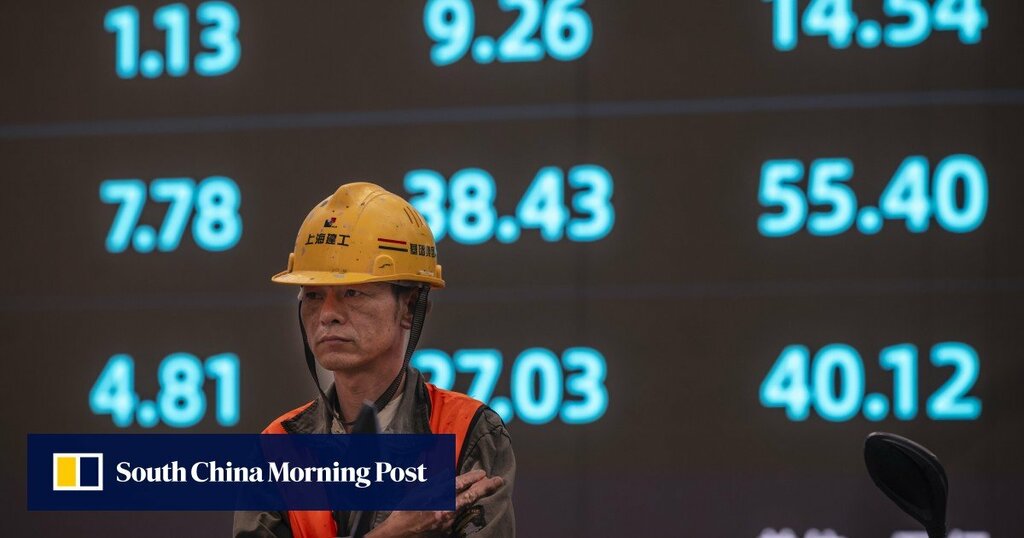 China’s stocks dropped slightly as traders assessed the risk from stagflation, after a government report showed that producer prices rose at the fastest pace in almost 26 years.

The Shanghai Composite Index fell 0.1 per cent to 3,558.28 at the close, after changing direction more than 10 times on Thursday. The CSI 300 Index of the most valuable companies on the Shanghai and Shenzhen exchanges slipped 0.3 per cent. The turnover on the two bourses slid to a four-month low of slightly above 800 billion yuan (US$124.3 billion). Health care stocks paced the pack of decline, while raw-material producers advanced.

Hong Kong’s market was shut for a public holiday while trading was cancelled a day earlier because of Typhoon Kompasu.

Producer prices jumped 10.7 per cent from a year earlier in September, the fastest pace since November 1995, the National Bureau of Statistics said on Thursday morning. That exceeded the median estimate of 10.5 per cent in a Bloomberg poll of analysts and the 9.5 per cent gain in August. Consumer inflation largely remained subdued because of falling pork prices.

The set of economic data has stoked concerns about looming stagflation, which is likely to be exacerbated by surging global crude oil and natural gas prices. Local traders are cautious about the outlook of equities, largely refraining from stepping up buying, as daily turnover remained below 1 trillion yuan every day this week.

The nation’s economic growth may have moderated to 5 per cent in the third quarter from 7.9 per cent growth for the preceding three-month period, according to Bloomberg data. The third-quarter growth numbers are due Monday.

Pictet Asset Management predicts that China’s central bank will lower the reserve requirement ratio later this year, its second cut this year, to stem a further slide in economic growth.

“We are waiting for a more material dovish shift in monetary policy to add to our tactical exposure,” said Luca Paolini, chief strategist at the Swiss asset management firm.

A gauge of pharmaceutical stocks on the CSI 300 slumped 2.3 per cent, the worst performer among all industry groups. Topchoice Medical Investment, Aier Eye Hospital Group and Betta Pharmaceuticals sank at least 7 per cent. On the other hand, a measure of raw-material stocks added 0.7 per cent, riding on the surging factory-gate inflation.

Kidswant Children Products, a toymaker, surged 304 per cent from its initial public offering price to 23.30 yuan on debut in Shenzhen.

Most markets in Asia rose, as the yield on longer-dated US Treasuries stayed at a low level, tempering expectations about an immediate withdrawal of monetary stimulus.