China seeks to reset relationship with Australia after election

China will seek talks with whichever party wins Saturday’s Australian federal election, with diplomatic sources declaring that they see “a good opportunity” to ease tensions in the period after the vote.

A Chinese diplomatic source, who did not wish to be named, said China was “genuine in our wish to improve the relationship” with Australia, although to date it has not publicly detailed any specific actions it is willing to take.

The source also pushed back at a description by the defence minister, Peter Dutton, that a Chinese intelligence gathering vessel seen off the coast of Western Australia last week was an aggressive act.

“It’s nothing to be worried [about],” the Chinese diplomatic source said.

“There’s no animosity that should be interpreted in such a presence of a ship in the exclusive economic zone of Australia … We don’t agree with his judgment about a threat.”

Both the current Coalition government and Labor opposition in Australia view the problems in the relationship with China as structural, rather than something that can be fixed with a change in rhetoric.

Australian officials have raised concerns about China’s trajectory in recent years, including its buildup of disputed features in the South China Sea, the crackdown on dissent in Hong Kong, allegations of human rights abuses in Xinjiang, and trade actions against a range of Australian export sectors.

China’s signing of a security agreement with Solomon Islands in the early stages of the Australian election campaign has prompted a furious debate about how Australia can best counter China’s attempts to deepen its influence in the region.

Dutton has repeatedly stated he has “no doubt” the Chinese Communist party wants the Morrison government to lose the election – something Labor opposition has denounced as a “conspiracy theory”.

Labor has said it has the same policy as the Coalition in dealing with a “more assertive, more aggressive, more coercive” Chinese government. There is also bipartisan support for the Aukus security partnership and the elevation of the Quad grouping of Australia, the US, Japan and India, despite criticism from Beijing of both of these structures.

The Chinese diplomatic source suggested that the post-election period “offers a good opportunity” to improve ties, but made clear that this view applied regardless of whether the Morrison government was re-elected or the Albanese opposition won office.

China was open to talks irrespective of who formed government.

“We could have good momentum for the relationship,” the source said.

“We genuinely believe this relationship should work for the interest of both peoples, as it had [in the past].”

China’s new ambassador to Australia, Xiao Qian, has made several public overtures for dialogue since arriving in Canberra in January and has met with both the foreign affairs minister, Marise Payne, and Labor’s shadow minister, Penny Wong.

But despite saying the two countries should “meet each other halfway”, Xiao is yet to publicly spell out any tangible actions Beijing may be willing to take, for example reversing tariffs on Australian wine and barley that are subject to a World Trade Organization challenge.

Payne and Wong have both expressed their openness to dialogue while saying Australia won’t take a backward step on matters of national interest, security and sovereignty.

At a foreign policy debate at the National Press Club last Friday, Payne and Wong were both asked what Australia could do to de-escalate the tensions. Payne said she did not accept the premise of the question, because Australia had “done the right thing in terms of protecting our national interests and our national security”.

Payne said Australia would “continue to seek a constructive relationship with China, but it has to be a relationship in which our sovereignty and our interests are respected and in which no party is coerced or subjected to pressures that breach international rules”. She said Australia would not give way on any of the 14 points on the “list of grievances” issued by the Chinese embassy in 2020.

Wong outlined a similar position, saying Australia’s relationship with Beijing had changed because China had changed.

“An Albanese Labor government would not take a backwards step when it comes to standing up for Australia’s interests,” Wong said. “Marise is right to point to the coercive economic measures.”

Wong said the reality was that there would be differences between Australia and China that would need to be managed, regardless of who won government.

When asked by the moderator, Laura Tingle, whether there was a step China could take to show good faith to improve the relationship, Wong said: “Well, they could desist from the coercive economic positions that they put in place in relation to Australia.”

Wong also urged China to “comply with the decision of arbitral tribunal in relation to the South China Sea”. 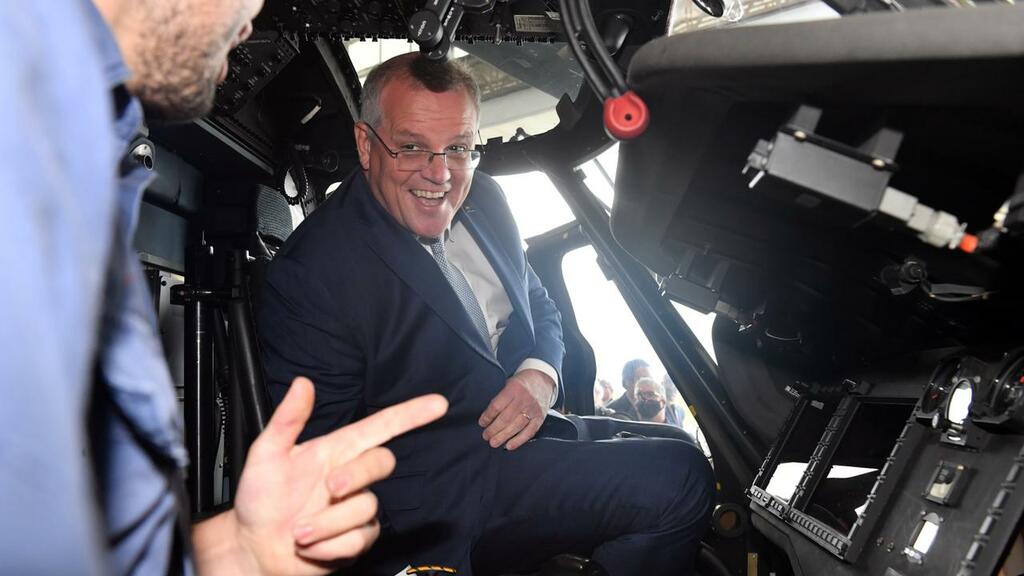