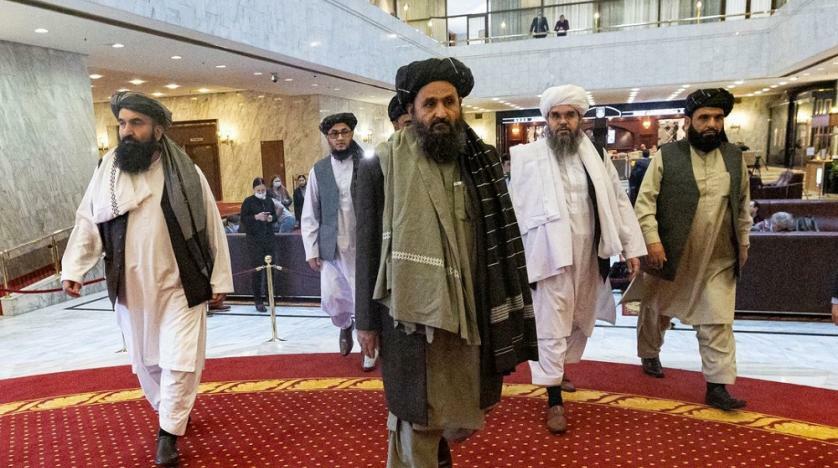 China said Wednesday it welcomed the end of “three weeks of anarchy” in Afghanistan with the establishment of a new interim government in Kabul, pledging $31 million in immediate aid as it urged the Taliban to restore order.

The group seized control of Afghanistan as US troops withdrew last month and have set up a new administration that started work Wednesday.

Despite previous promises that their rule would be inclusive, the government is drawn exclusively from loyalist ranks with established hardliners in all key posts and no women.

China has been scathing about the American withdrawal, which it criticized as ill-planned and hasty. On Wednesday it said the new government would help bring stability.

“China attaches great importance to the announcement by the Taliban of the establishment of an interim government and some important personnel arrangements,” said foreign ministry spokesman Wang Wenbin at a press briefing.

“This has ended more than three weeks of anarchy in Afghanistan and is a necessary step to restore order and rebuild the country.”

Foreign minister Wang Yi later held a virtual meeting with counterparts from Pakistan, Iran, Tajikistan, Uzbekistan and Turkmenistan -- all of which border Afghanistan.

He pledged $31 million-worth of food, winter supplies, three million vaccines and other medicines.

“After security and other conditions are met, China is willing to help Afghanistan build projects that help to improve people’s livelihood,” Wang added.

He said neighboring countries should take the lead in guiding the Taliban to “build a broad and inclusive political structure, pursue a moderate and stable domestic and foreign policy” and “draw a clear line with terrorist forces.”

While much of the world has adopted a wait-and-see approach to engagement with the Taliban, China has said it is ready to build friendly relations with the group following their takeover.

Analysts have said a stable and cooperative administration in Kabul would open economic opportunities for China and allow for expansion of its massive overseas infrastructure drive, the Belt and Road Initiative.

The Taliban may also see China as a crucial source of economic support and potentially a key ally.